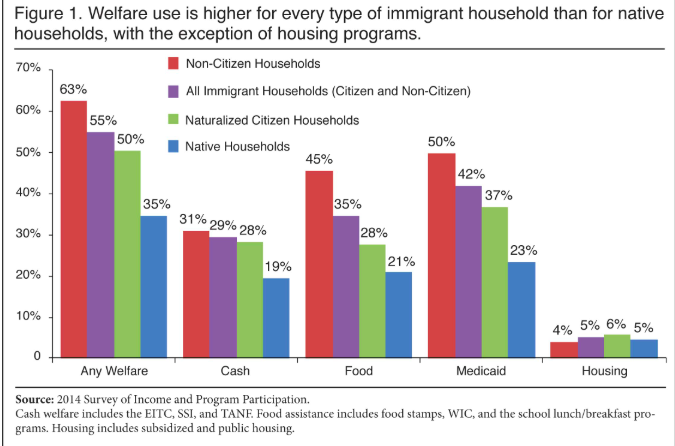 Tuesday, a new report revealed that most people who reside in the U.S. illegally or on green cards are receiving government benefits. The study, utilizing the latest Census Bureau data from 2014, found that 63% of non-citizen households in America reported being on welfare. While Fox News' Maria Bartiromo shared the report December 4, ABC, NBC and CBS ignored the findings in Tuesday's morning coverage.

While the media has loudly called the notion that illegal immigrants receive government benefits a “myth,” the facts aren’t on their side.

The number keeps on growing as well. A previous study from the same group using census data from 2009, revealed that 57% of non-citizens reported being on welfare, and the newest study projects that number increasing to 70% in the coming decade.

Despite the Trump administration's’ efforts to curb this problem, the media has unsurprisingly attacked him for it, writing sensational headlines like this one from The Washington Post: “Now the Trump Administration is Trying to Punish Legal Immigrants for Being Poor,” and this from The New York Times: “How Trump’s Plan for Immigrants on Welfare Could Hurt a Million New Yorkers.”

While the media had no problem obsessively protecting the caravan of illegal migrants with numerous falsehoods, they conveniently are silent when facts fly in the face of their liberal narrative.