ABC’s Llamas Calls for Civility After 'View' Host Goes After Melania: ‘She Deserves Our Respect’ 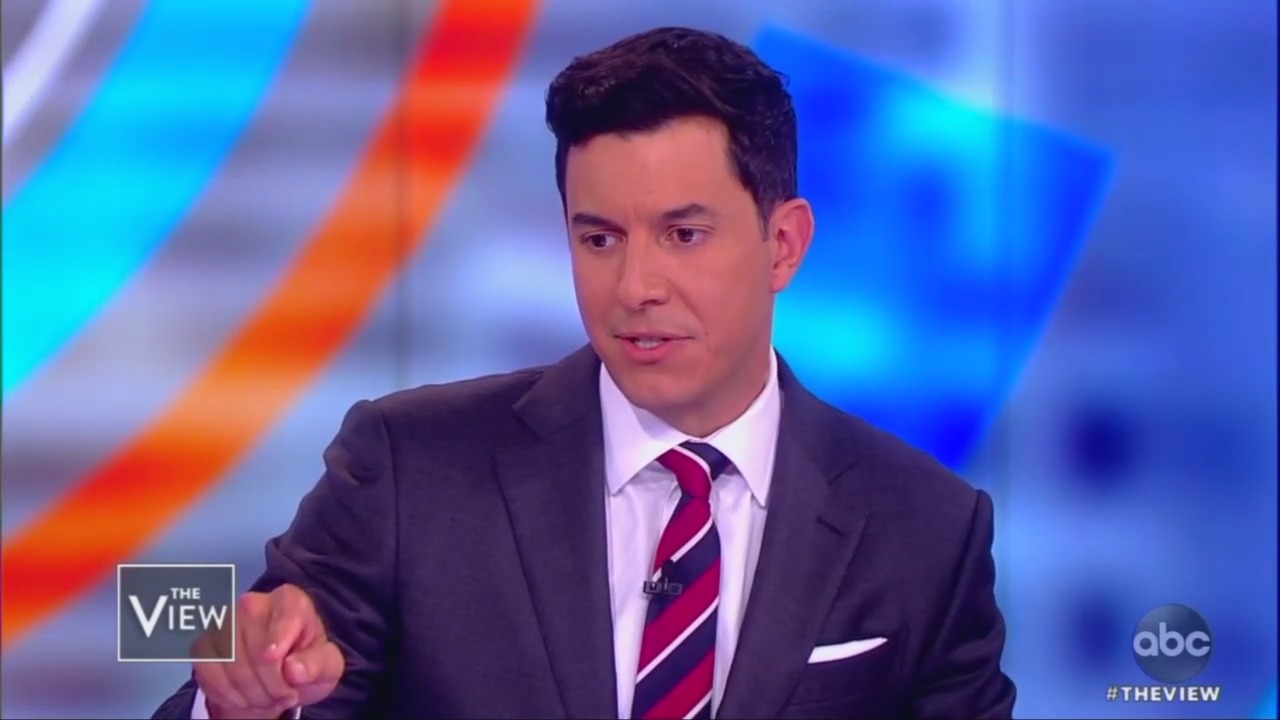 ABC World News Tonight weekend anchor Tom Llamas appeared on Friday’s The View to talk about his interview with Melania Trump airing tonight where no question was left off the table. The View hosts’ questions to Llamas were dripping with condescension for the First Lady, with one host taking it so far, that even the ABC reporter had to call her out for being disrespectful.

Co-host Sunny Hostin slammed Melania’s fashion choices, from wearing a pink shirt or “pussy bow shirt” as she put it, after the Access Hollywood tape was released, to a “colonial” helmet on her trip to Africa and the, “I really don’t care, do you?” jacket on the tarmac. “Does she understand what she wears is a political statement? Is she trying to make a statement?” Hostin lectured.

She again tried to make a dig at Melania later on, calling President Trump the “bully-in-chief” saying Melania was tone-deaf to take on cyber-bullying:

Did she acknowledge at all that her husband is one of the world's biggest and most powerful cyber bullies? I mean, they're calling him the bully-in-chief. That can't be lost on her.

Llamas agreed with Hostin’s sentiment, saying it was “very very ironic” and “sort of strange” for Melania to choose that as her platform since her husband is considered by some to be the “biggest cyber bully on the planet.” While Llamas acknowledged Melania gets attacked online, he said that wasn’t unusual. “I want to remind everyone she's not the first first lady to get attacked. Hillary Clinton was attacked, said there was a vast right wing conspiracy. Michelle Obama was attacked a lot,” he remarked.

But guest host Yvette Nicole Brown couldn’t keep her disgust for Mrs. Trump out of play, asking Llamas about Melania’s nonchalant response to questions about her husband’s alleged infidelities: “Is it possible that she's not concerned with his mistresses because she was one of them? Is that possible that it doesn't affect her in that way?”

As the audience reacted, Llamas avoided Brown’s derogatory remark. Co-host Abby Huntsman cut in to save her co-host and their guest from embarrassment by prompting Llamas to comment on when he asked Melania whether she “loved her husband.” (A less vile but just as rude question to ask, really.)

Before the interview ended, the ABC reporter gave the First Lady “credit” for letting him ask any question he wanted, saying she was “very very polite and very professional.” He also took a moment to remind The View hosts that she deserved respect, regardless of your political views. Most likely referring to Brown’s earlier question where she called Mrs. Trump one of the President’s former “mistresses,” Llamas scolded:

LLAMAS: Before we go, I do want to say something. There was a comment made at this table today --

LLAMAS: I just want to say, whether you like her or you don't like her, she deserves our respect because she is our First Lady.

BROWN: I don't respect her.

As Brown was making that last snark, Sunny Hostin spoke over her, wrapping up the interview.