‘View’ Host Sunny Hostin Rants on Kavanaugh, ‘Since When’ Is a Woman’s ‘Truth’ Not 'Enough?' 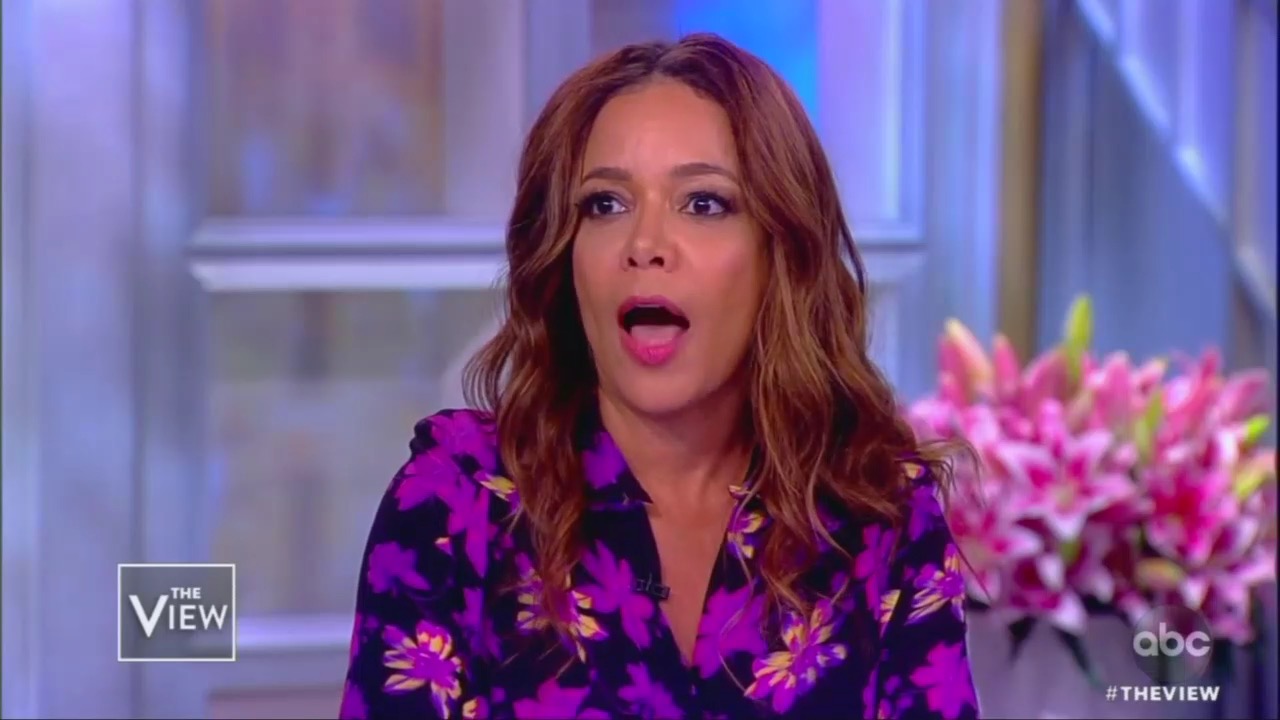 After complaining that the FBI investigation into Supreme Court nominee Brett Kavanaugh was not “thorough” enough to their liking, the hosts of ABC’s The View Thursday went on to bash President Trump, for the second day in a row, for his comments at a rally calling out Kavanaugh’s accuser, Christine Blasey Ford and her memory gaps on the alleged sexual assault encounter.

Referencing Don Jr.’s comments that men could be falsely accused, Whoopi lectured that men needed to trust in the system and should want thorough FBI investigations. Host Sunny Hostin added that women had to “teach their sons to respect women” and “teach their sons about consent,” before going on a tirade about how women’s “truth” should be believed, full stop:

Directing her outrage at President Trump, Whoopi added that no woman should be “made fun of” for bringing forward such accusations.

“I can’t remember the last time that I saw anything like this. Where so many men got on board to make fun of this woman...This is like belligerent stuff!” she raged.

Hostin issued her own sanctimonious lecture:

Co-host Joy Behar sighed heavily and grumbled “cruelty is contagious and they’re taking a page from Trump.” Behar also got some shots in at Republicans, whom she argued didn’t care about “morality” unless it was in their political interest.

“I don't want to cast aspersions on the entire Republican party. A lot of Republicans I’ve noticed over the years, they only vote in that direction, the correct direction in my opinion, when it happens to them,” she alleged.

Huntsman was quick to point out Bill Clinton. “Couldn't you say that about both though? How many Democrats rallied around Bill Clinton during those years?” she asked.

“That’s something different though. I'm not talking exactly about that,” Behar quickly dismissed Huntsman calling her out, before complaining that Nancy Reagan only did the “right thing” on stem cell research when President Reagan was diagnosed with Alzheimer’s.

Behar played the morality police on Wednesday’s show as well, completely overlooking her own past comments excusing rape and sexual misconduct my Democrats, when she lectured:

Every single one of us who have a moral compass have to speak up and snitch on people who do these bad things! And listen to children and listen to women and stop ignoring these types of accusations.