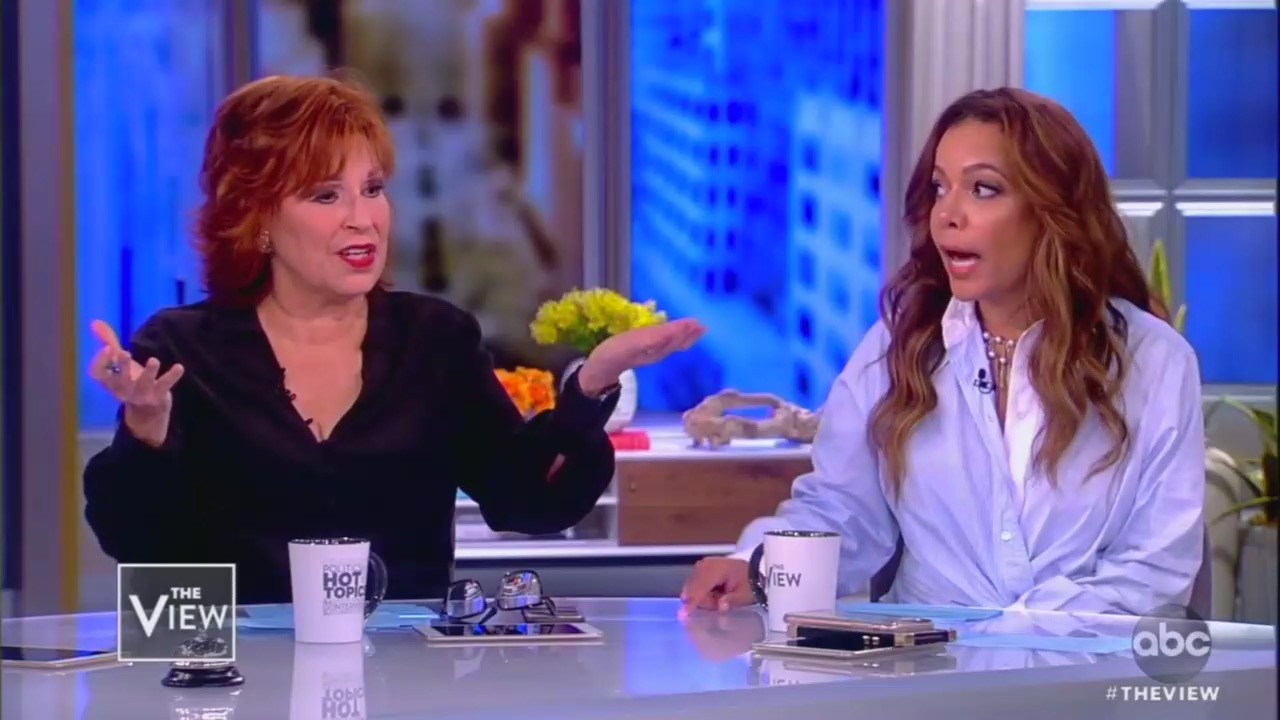 It’s a sure sign of Trump Derangement Syndrome when you’d rather not know about a terrorist attack if it meant you had to get a text message alert from President Trump. View hosts Whoopi Goldberg, Joy Behar and Sunny Hostin whined on Wednesday’s show about the emergency alert test going out this afternoon to all Americans with smartphones, that will potentially warn of emergency events in the future, that they didn’t want to hear from President Trump for any reason.

Host Whoopi Goldberg started the brief segment by “warning” Americans that President Trump would be sending out the first test of the presidential emergency text alert system this afternoon that no one could “opt out” of. With a look of disgust, she dramatically ripped up her notes.

Co-host Sunny Hostin exclaimed, “I don’t like that. I mean, he doesn’t have proper phone etiquette or Twitter etiquette. Why do I have to be subjected to that?”

At her fellow co-hosts sighs and anger, Abby Huntsman pointed out this was specifically for emergencies like natural disasters or terrorist attacks. But that seemed to have fallen on deaf ears as Whoopi complained this was invasive:

“I don’t need him to tell me that. He’s the last one to tell me!” Whoopi exclaimed as Hostin and Behar added their agreement. Hostin and Behar went on a chicken little rant claiming that Trump would use this system to send Americans into a panic over a fake terrorist attack:

HOSTIN: I don't have trust in him. Remember what happened to Hawaii?

BEHAR: He's a liar. How do you believe him? He's a proven liar.

HUNTSMAN: That's just because you guys can't stand the president.

HOSTIN: No he’s a proven liar!

HUNTSMAN: He’s going to lie about a terrorist attack?

HOSTIN: I would not put that past him! I don’t want to be running around like a crazy person because he sent me something with his improper phone etiquette? I'm not into it.

After Huntsman added this was an Obama-era policy just being implemented by President Trump now, Whoopi exclaimed, “Yet, Obama never sent me anything!” adding repeatedly that she didn’t “want to hear from you [Trump].”

“If I did I would check your Twitter feed. But I'm not interested in you and whatever you have to tell me,” she ranted, adding, “What about the people who don't carry a phone?”

As they carried on, Huntsman scoffed, asking “You’d rather not hear about a terrorist attack?”

Hostin replied, “I don’t want to hear it from him.” Whoopi added that they “work for a T.V. network. If there’s a terrorist attack, we’ll tell you!”

Whoopi ended the segment ranting that this was invasive, and the government was “already in her [bleeped out]” and there was some things she wants to keep to herself, including her phone.