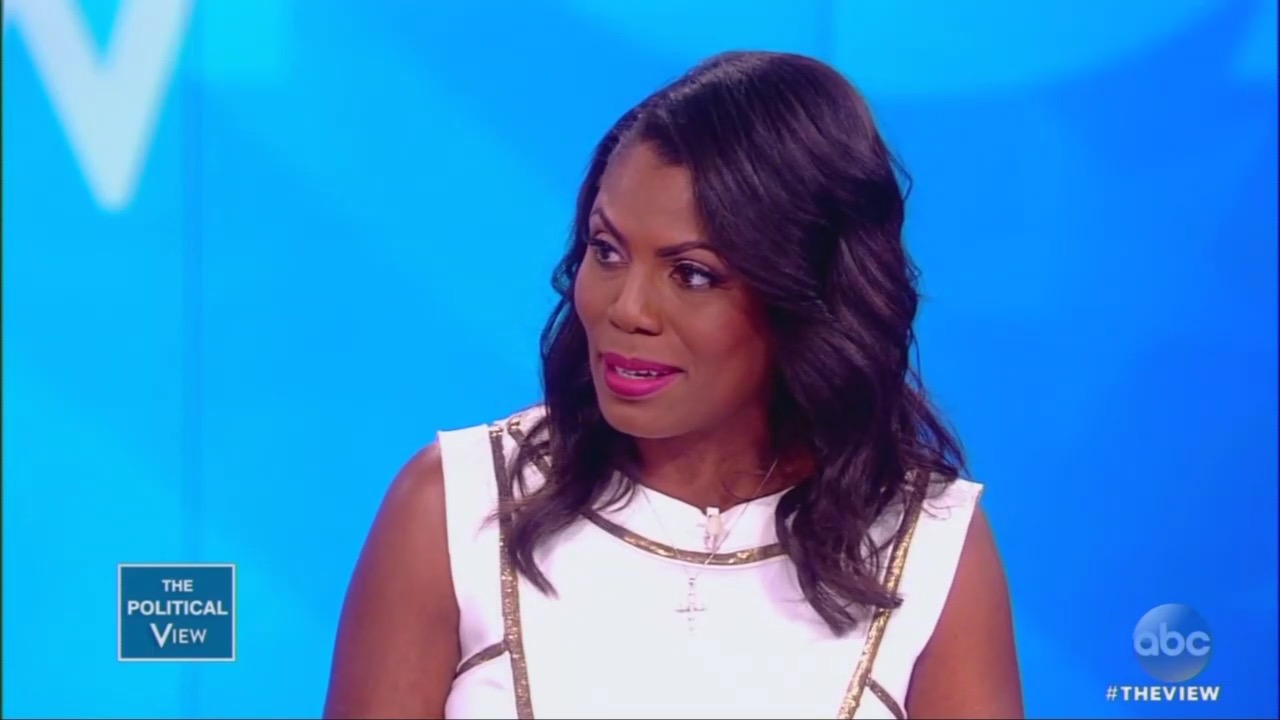 Omarosa Manigault Newman was invited on ABC’s The View Monday, to release what was supposedly a damaging tape she recorded of President Trump in the Oval Office in 2017 (and promote her new book, of course.) Even after dismissing the former Apprentice star and White House aide as an unreliable opportunist in the past, the View, and the rest of the media suddenly had a new respect for her after she turned on President Trump with all sorts of sensational claims about life in the administration.

Omarosa started off the interview boasting about how she was going to “keep on fighting” and exposing Trump, whom she alleged was trying to “silence” her with legal battles about her breaking her non-disclosure agreements from when she worked in the White House. Only host Sunny Hostin called into question Omarosa’s ever-changing stories.

Referring to a 2016 interview where she attributed her success to Trump, Hostin asked why Omarosa has now “changed” her mind. Omarosa gushed that she had discovered he “was an arsonist trying to burn down this country” and she had been “complicit” in aiding him, along with the Russians. “You know, Hillary Clinton was robbed!” she added, to which the audience applauded.

At another point, Omarosa gossipped that when she was in the White House, “we coped” with President Trump by using the “orange” emoji to refer to him in group texts. Co-host Abby Huntsman asked who in the White House was Omarosa talking about:

“When you say ‘we’ who are you referring to?” Huntsman skeptically asked. But Omarosa dodged the question and went on a sanctimonious rant about how “embarrassed” she was to have to share all of this with the media:

There are some things that I took part of that I was complicit of that I am embarrassed to tell half of you all because I sat there and watched that foolishness and I didn't -- I was too close to recognize how damaging and how dangerous it was. I'm embarrassed by half of the stuff -- when I go through some of these text exchanges, some of the things that we joked about, the hashtag 'TFA', the times that we said that, instead of hashtagging, we should have been ringing the alarm, calling our congress members, we should’ve been calling the Department of Justice, we should have been putting America on alert that Donald Trump is completely, mentally unstable but instead we were hashtagging.

Co-host Sunny Hostin praised their guest for admitting that. “I think it takes a big person to admit that you were complicit. I appreciate that,” she gushed. “Yeah, impressive!” Joy Behar agreed.

The hosts saved the tape for their grand finale. Even though it ended up being a big nothingburger, the hosts of the View still reacted as if it was significant. In the tape recorded in October of 2017, Trump is talking to Sarah Sanders and Hope Hicks about Hillary Clinton’s campaign funding the fake Russia dossier. Trump expressed amazement at how much money the Clinton campaign paid for the document, saying that it looked like it was her campaign that actually colluded with Russia. After playing the clip, Whoopi gushed that they had to “take a deep breath” and come back to the tape after the break. Afterwards, Omarosa ranted that this was just part of Trump’s pattern of lying and having his staff repeat those lies to the American people.