Kimmel Begs Wolf Blitzer: ‘We've Got to Get Rid of [Trump,] Right?’ 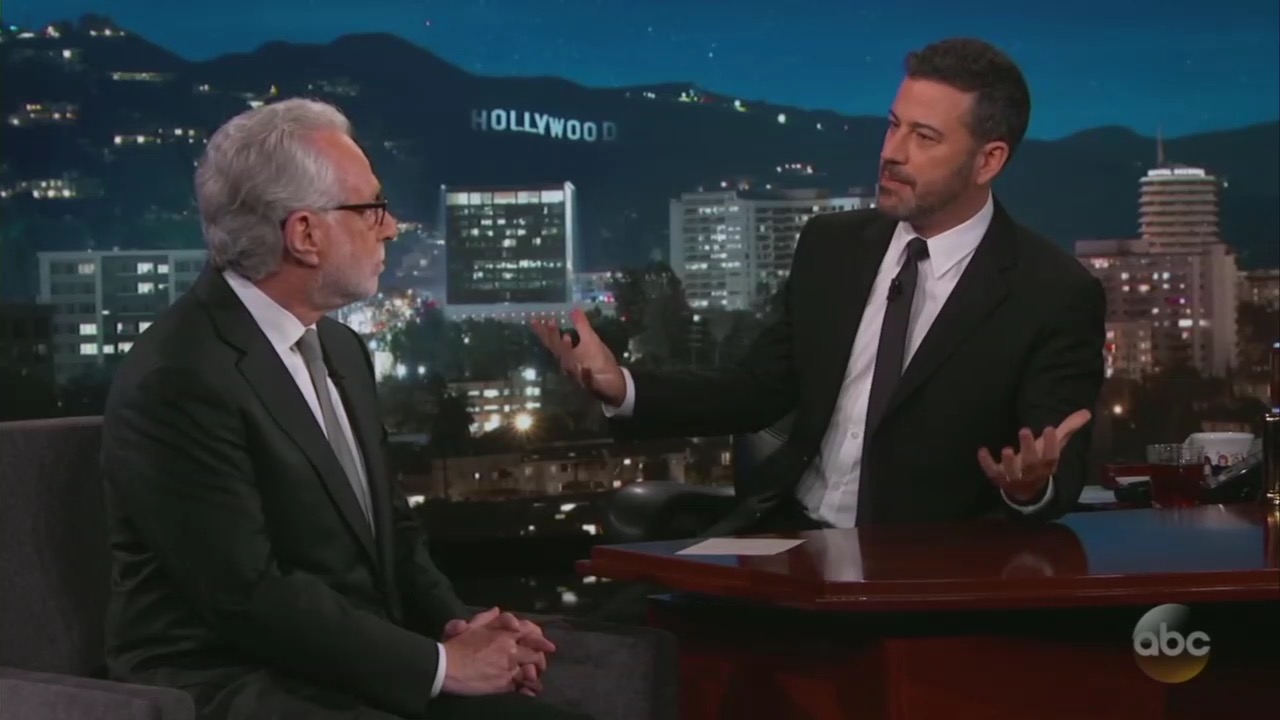 CNN host Wolf Blitzer was on Jimmy Kimmel’s August 13 show, where he bemoaned the “dangerous” state of journalism in the U.S. thanks to President Trump, saying he “encouraged dictators.” The journalist and late night host commiserated over how “serious news organizations” like CNN were under attack by the President and wondered what they could do about it. Kimmel, channeling fired FBI agent Peter Strzok, even questioned Blitzer on how they could “get rid of” Trump.

Shortly into the interview Kimmel complained that's the news cycle was constant thanks to Trump.

“It's been crazy,” Blizer agreed. Kimmel wondered if that was “good or bad” for the news business.

That led Blitzer to bash Trump for attacking “world class news organization” CNN, that was an “important part of our democracy.”

“It's very concerning, very worrisome that the President of the United States, you know, goes after us the way he does,” the CNN host complained.

Kimmel asked if Blitzer ever got angry at Trump. He admitted he did. “It makes me very mad,” Blitzer admitted to roaring applause, adding that it made him “very upset” to see his employer called “fake news” and to be called out by the President at rallies. “We are not the enemy of the people,” he defensively stated, elaborating that journalists “risked their lives” to get stories and what the President was doing was “very, very dangerous:”

Not just me but all of us. Serious news organizations. We are not the enemy of the American people. We report the news. It's part of our democracy. What worries me so much is when the president says what he says it gives encouragement to dictators out there around the world to go after a free press. And they say look, fake news, disgusting people, we've got to get rid of them. And it's a very -- we have journalists at CNN and other major news organizations who risk their lives every day to get the story, to be responsible and to do it in a fair way, and for the president to belittle us that's an awful, awful situation. And very, very dangerous.

Kimmel ate that up, slamming Trump as creating an atmosphere of violence:

And now there are people -- and we're not even just talking about reporters specifically but even there are camera guys and audio guys who are on the scene at a rally in Florida and he's getting people stirred up. He doesn't know who's in that crowd. He doesn't know what someone might do. It's truly irresponsible.

“Totally,” Blitzer agreed. An overconfident Kimmel then quipped, “We’ve got to get rid of him, right?” as the audience loudly cheered.

Once the applause had died down, Blitzer cracked back, “We have to convince him to stop talking.”

He added, “It's really, really a dangerous situation. It's an awful situation. And I hope he stops doing it.”

Kimmel sarcastically responded, “I'm sure he will. I'm sure he'll see the error of his ways.”