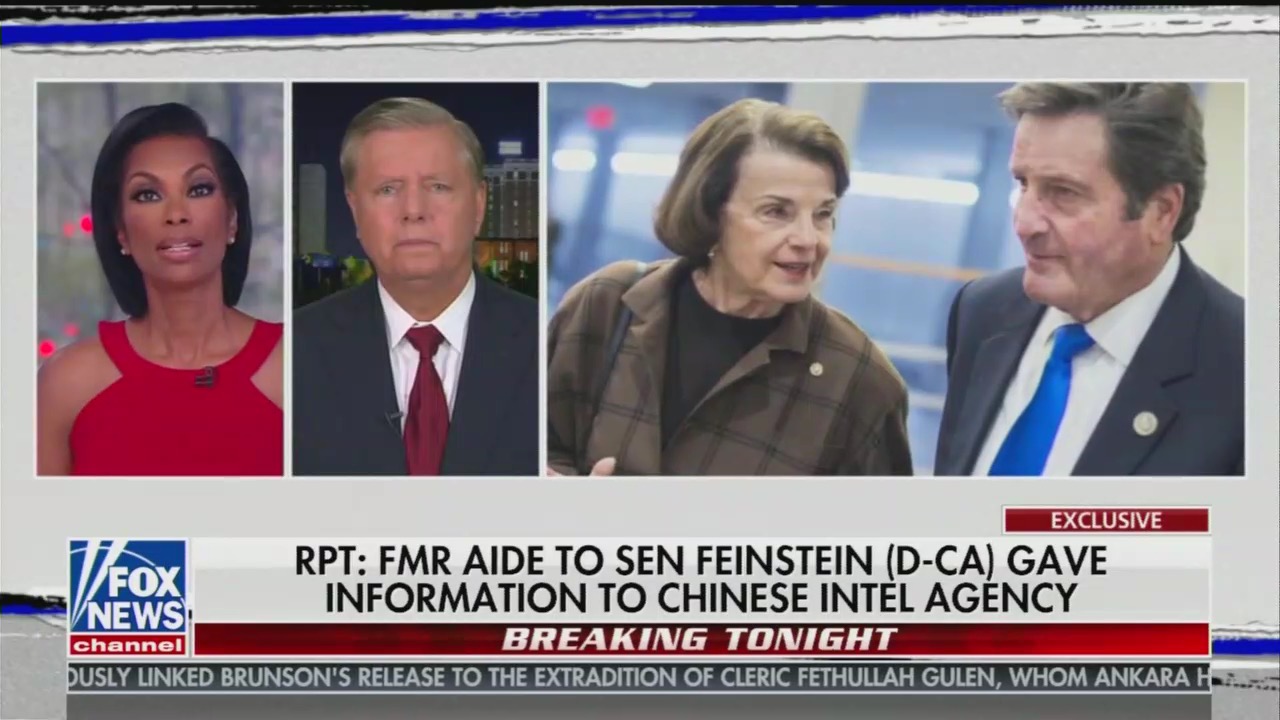 In yet another case of double standards, the media has all but ignored a scandal surrounding longtime Democrat Senator from California, Dianne Feinstein. New reports are revealing that Feinstein had unknowingly let a Chinese spy infiltrate her office, working for her as her personal driver for twenty years. But there hasn’t been one mention on television of the story from CNN, MSNBC, ABC, CBS or NBC, despite the media’s supposed “concern” over foreign nationals hacking our democracy.

Politico first broke the story in an expose about spies in the Silicon Valley, July 27. Since then, The San Francisco Chronicle and Fox News have picked up the story, but it has yet to be covered by any network other than Fox.

According to that Politico report:

According to four former intelligence officials, in the 2000s, a staffer in Senator Dianne Feinstein’s San Francisco field office was reporting back to the MSS (added for clarity: China’s Ministry of State Security). While this person, who was a liaison to the local Chinese community, was fired, charges were never filed against him. (One former official reasoned this was because the staffer was providing political intelligence and not classified information—making prosecution far more difficult.) The suspected informant was “run” by officials based at China’s San Francisco Consulate, said another former intelligence official. The spy’s handler “probably got an award back in China” for his work, noted this former official, dryly.

Not only did the FBI fail to press charges against this person, but Feinstein quietly fired the staffer, without letting the rest of her office know the reason.

Despite the fact that Feinstein is a prominent politician who has been a Democrat fixture in the liberal state since the ‘70s, she was the chair of the Senate Select Committee on Intelligence, of all things from 2009-2015, so the media should have more than a little concern about her office being targeted by a foreign government. Yet the liberal media has chosen to conveniently ignore her scandal, and instead hyped the FBI arrest of Republican Rep. Chris Collins, for insider trading yesterday.

As chair of that intelligence committee, Feinstein had access to classified information that would be “extremely valuable to the Chinese government,” according to reports. While the FBI quietly informed Feinstein of the spy, they’ve treated former Trump campaign aides linked to Russian nationals much differently, and their cases have made the national spotlight on a near daily basis in the media.

Look at what they did with the Clinton email investigation. The FBI agent in charge of the Clinton email investigation hated Trump like Clinton, nothing’s happened. The FISA warrant came from a document prepared by somebody on the democratic party's payroll and he feels like there is a double standard here. One of the things that we didn't talk about, I didn’t know about it until yesterday, apparently about five years ago the FBI told Dianne Feinstein that one of her employees may be an agent of the Chinese government and that was the right thing to do. And she fired him. We are going to send a letter to Director Wray next week and ask him, what is the policy? Why didn't you tell President Trump that you had concerns about Carter Page? Is there a double standard here? If this is a counterintelligence investigation not a criminal investigation, the FBI should have told President Trump that they had concerns about Papadopoulos and Paige. Why didn't they do for Trump what they did for Feinstein?

Despite Fox News, this story has been ignored by the major networks, CNN and MSNBC, who are more than concerned at about any update in the Russia investigation and the arrest of Rep. Chris Collins.

Here at NewsBusters, we have done several studies showing just how vastly different the media covers scandals when it comes to the politician’s political affiliation.