Behar Freaks Over Trump Picking Kavanaugh: ‘Many' 'Will Need Abortions’ ‘How Dare He!’ 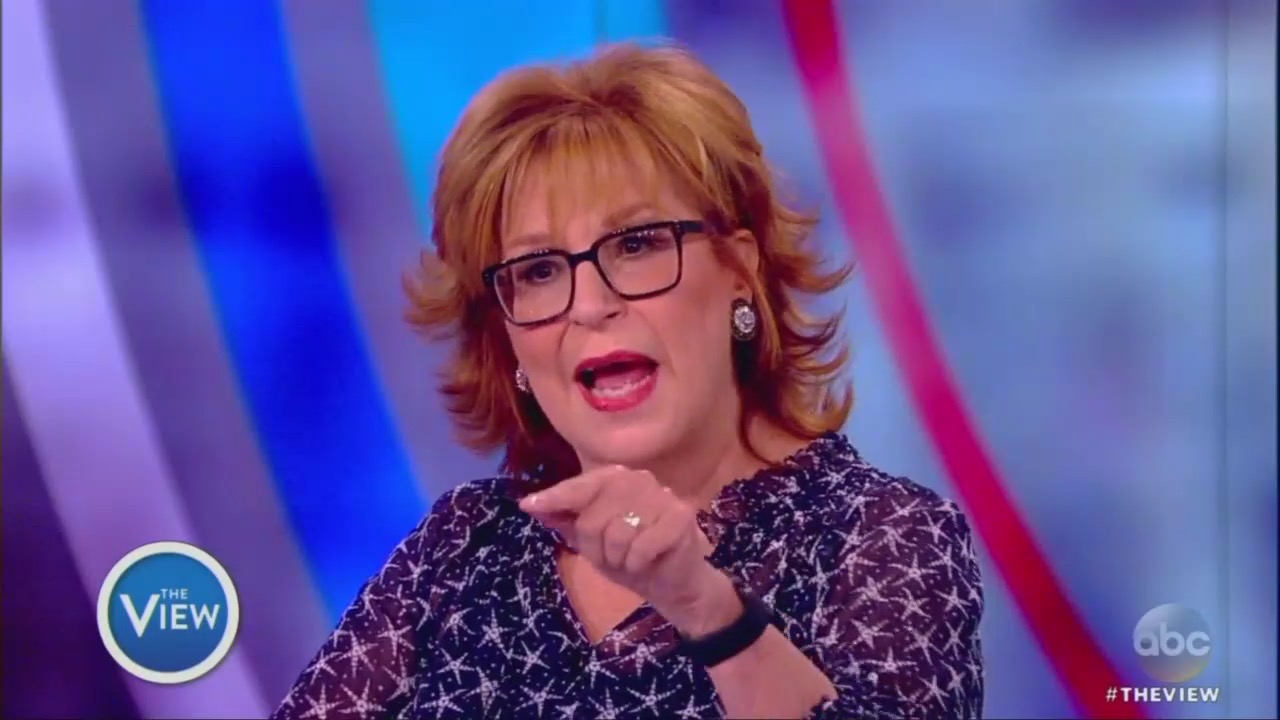 The hosts of ABC's The View started off Tuesday show discussing what they thought about President Trump's recent Supreme Court pick, Brett Kavanaugh. Surprisingly Joy Behar was really the only one to come out swinging against Trump's nominee.

Sunny Hostin, also an ABC legal analyst, cautiously remarked that he seemed like a moderate conservative so he was a better pick than some of his more conservative colleagues.

“I think he's a moderate conservative. He's more in the vein of Neil Gorsuch. ….If you look at some of the decisions Judge Kavanaugh wrote on the D.C. Court of appeals some of his brethren were more far right,” she stated.

But Behar was skeptical. “Do you think he'll overturn Roe v. Wade?” she asked eagerly. Host Meghan McCain jumped in to answer Behar.

“No,” she said emphatically before explaining that Kavanaugh was the “swampiest swamp creature” Trump could’ve picked, so she was surprised. “I thought just out of loyalty alone, he probably wouldn't have wanted anyone what worked for Bush,” she admitted.

Turning to Behar, McCain told her not to worry, as she agreed with Hostin that Kavanaugh wasn’t as conservative as say, a Fox News host, someone else Trump could’ve picked.

“I would say for people like you, Joy, who are freaking out that Roe v. Wade is going to be overturned, it is not Judge Jeanine Pirro, which I thought was at one point in time was actually a possibility for Supreme Court Justice so for you it could’ve been much worse,” she stated.

“He might just be a quieter version of Judge Jeanine,” Behar fretted, still.

After host Sara Haines said she was impressed by Kavanaugh’s speech last night, Whoopi Goldberg cut in to tell their liberal viewers to engage more in their local politics if they were worried about the status of Roe v. Wade.

But Behar was worried about every liberal law getting overturned.

Whoopi said that she hoped Kavanaugh would protect the interests of the American people, instead of using his “religion and beliefs” like “Scalia” did.

“I believe that, if he does what most Supreme Court judges should do, with the exception of Antonin Scalia, in my opinion, and he does what's right for the country and not voting his particular religion or his particular, beliefs I'm willing to listen and accept it,” she stated.

Hostin touted CNN’s Jeffrey Toobin, claiming that at least half the states would try to make abortion illegal now but she had faith that the Supreme Court would strike those laws down:

I do tend to agree with you, Whoopi on that in terms of what the states will do. I agree with Jeff Toobin, my friend who basically said, We’re going to see 20, 22 states outright challenge abortion and I think those challenges, maybe they’ll outlaw abortion, maybe they’ll limit abortion, and then we’re going to see those challenges go to the Supreme Court. The Supreme Court no question has swung to the right. It's much more conservative. But if you believe in the judicial system as I do and you believe in the law as I do, if you believe in the Constitution and precedent I do think you can't yell fire at this point.

But Behar’s fears couldn’t be eased by her fellow hosts. “No but we believe in balance of power and checks and balances. We haven't got that in any of the three branches of government right now,” she griped.

After McCain pushed back, saying that Trump was voted into office and elections have consequences, Behar became unhinged. She ranted about how she couldn’t believe that President Trump was even allowed to pick a Supreme Court justice, and not only that, but the future of abortion was doomed because of him:

Later on we'll have Alan Dershowitz on today and I’d like to ask him about that. Why would a president who is under investigation by the FBI for obstruction of justice and collusion be allowed to pick a Supreme Court Justice there. I'll be dead, they’ll be many people in this room who will still be alive, need abortions and what have you, need healthcare. How dare he be allowed to do this when he's under investigation?! [ Cheers and applause ]

Later on in that segment with lawyer Alan Dershowitz, Behar lamented the fact that Mitch McConnell got his way with blocking the Merrick Garland nomination. Dershowitz ranted that it was unconstitutional for Republicans to have done that, saying they “stole” the seat from Democrats.

“Then how come Mitch McConnell is not in jail? That's what I want to know,” Behar gushed.

“I'm against putting people in jail unless they've actually committed crimes. I know that's a radical position,” Dershowitz responded as the table chuckled. He added that he hated how “political” confirmation hearings had become, and wished things would go back to the times where appointees were easily confirmed.

But Behar wasn’t letting it go.

“Why shouldn't Democrats play hard ball? Why should we always be the snowflakes?” Behar whined in frustration as the audience applauded. Dershowitz agreed Dems had the right play tough, he just just disagreed over the current chaos in the political process.