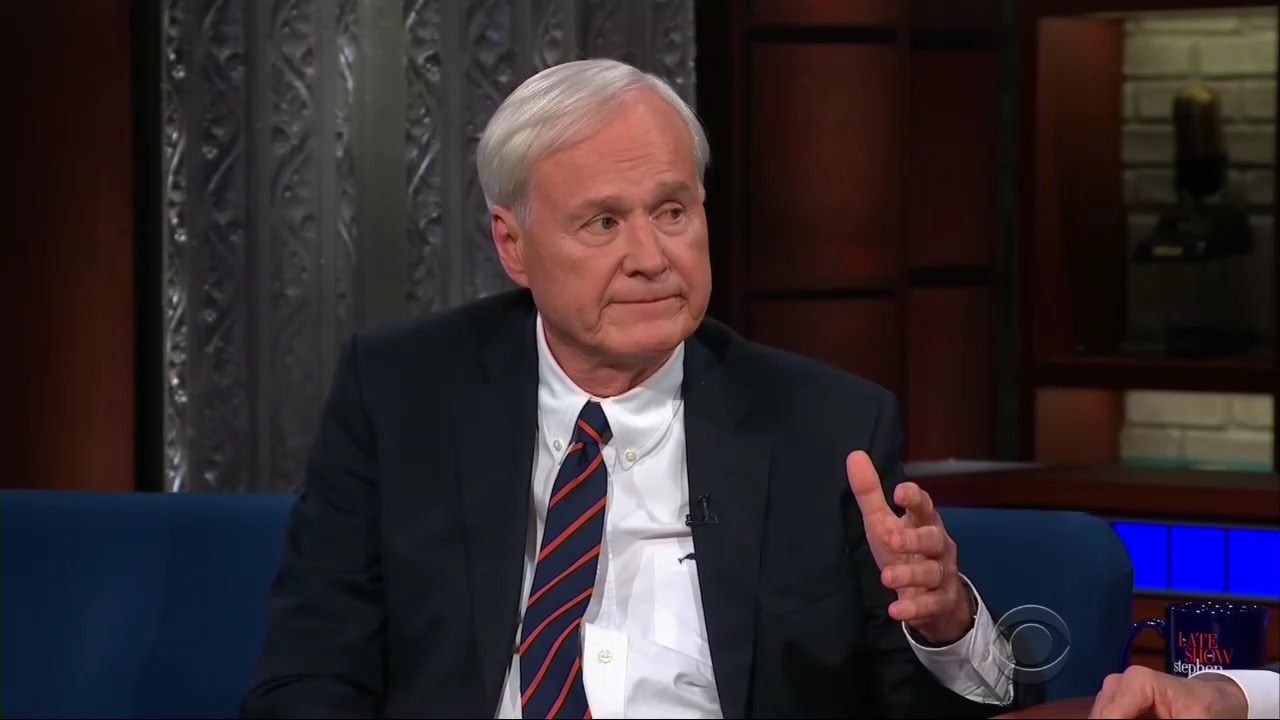 It was a case of the pot calling the kettle black on CBS’s The Late Show Monday evening, when guest Chris Matthews rallied his fellow liberals and members of the media to show the world what “moral goodness” is, while Trump’s in office.

In the long winded conversation June 11, the pair talked about Trump’s historic summit with North Korean leader Kim Jong-un, among other things, and Matthews revealed he didn’t have any confidence in Trump’s dealmaking. The Hardball host took issue with Trump attempting to develop a relationship with Kim Jong-Un.

“These are awful people, and he wants to become best friends with them,” the MSNBC host lamented. Surprisingly, Colbert pushed back, gently offering that it would be a good thing if Trump did succeed. “If he succeeds, God bless him!” the CBS host noted.

But Matthews just shook his head. “This is not a date. It's not lunch. It's not going to work,” he snarked.

Quite the take coming from the same man who had no problem or doubts about the Obama Administration negotiating in 2015 with a foreign dictator who oppressed his people. In fact, Matthews was so enamored with Obama’s catastrophic Iran Deal, that he suggested it should be illegal for a sitting Senator to criticize it.

But Matthews wasn’t done revealing just how un self-aware he was. Towards the end of the talk, he solemnly warned his fellow liberals and journalists to not “lower” themselves to Trump’s “level” by talking like him. Instead, he urged, they must bear the standards of goodness and decency:

We have to be just as tough on the opposition these days because what De Niro did the other night -- you have to be careful about this because I think the cultural world, your world, to some extent the Democrats, certainly the media, have got to uphold what nobility is in this country through these years.

They have to remind people about what they're not having, which is a sense of nobility of life on the planet and a sense of moral goodness. I think Trump is lowering us to a standard. It's said in war you end up imitating your enemy in war. You become as barbarous as they are. The trouble with the criticism with Trump now is it's going down to the level of Trump. People are starting to talk like him. It’s really going to hurt the opposition.

Matthews couldn’t be a worse messenger for this task. After all, he is known for his quick temper on his MSNBC show and has been accused of being verbally abusive and inappropriate with staffers. Colbert is no better, regularly making obscene and crude remarks about Republicans on his CBS show. He seemed to acknowledge this fact to Matthews:

COLBERT: I agree with you, and I can be guilty of that myself -- ( laughter ) -- I don't know what they're laughing at -- but ultimately, in all your criticism of the man, you can’t forget have to wish the best for the presidency and that, in instance for this case, he finds peace. Keep your eye on what the prize should be and criticize the man as much as you want.

“We have to remind ourselves we're Americans,” Matthews surmised.