Joy Behar on Oscars: ‘Nobody’ in Hollywood Makes Fun of Trump Supporters 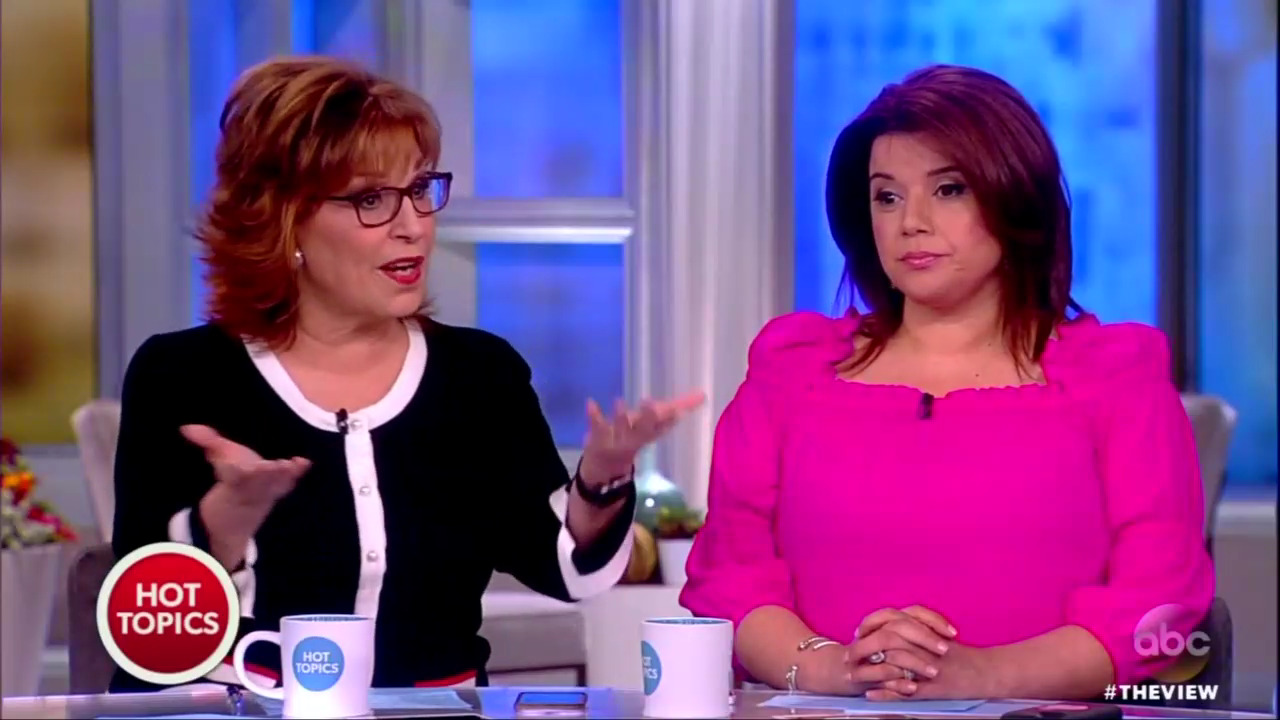 On ABC’s The View March 2, liberal host Joy Behar battled conservative host Meghan McCain over whether or not Hollywood was unfair to conservatives and Trump supporters, particularly during awards shows.

Speaking about the upcoming Academy Awards this weekend, hosted by late night comedian Jimmy Kimmel, the panel wondered how the host was going to maneuver through the cultural and political landmines currently in the headlines, from guns to sexual harassment.

Instead of making jokes about Hollywood’s issues, Behar advised Kimmel to avoid all those messy topics and pick the great unifier instead: Trump jokes.

“I think he does amazing Trump jokes. Because I mean, free for all on that one,” she snarked. “I think after he killed with Trump jokes then Trump will say he has no talent. That's what he said about Alec Baldwin, ‘he has no talent’ because he's funny. He said it about me, put it in his book, ‘I have no talent’ when I did a hair joke about him. That’s what he’ll do,” she predicted.

As far as the #MeToo movement, Behar said Kimmel should stay away because it would be “misinterpreted.” “That does not work in this environment,” she claimed. Ironically this is pretty much the same excuse Kimmel himself said on GMA this week as well for ignoring his own industry’s issues with morality.

But host Meghan McCain said she was tired of Hollywood’s anti-Trump and anti-conservative “jokes” made at these televised events. Referencing the low ratings of recent awards shows, she slammed the Hillary Clinton cameos and jokes as insulting:

But Behar didn’t see the connection between Trump jokes and Trump supporters or conservatives.

“Nobody is doing that. Nobody does that,” she argued, going back-and-forth with McCain.

McCain defended her position, saying that as a conservative, jokes lobbied at the president and Republicans felt like attacks on her own political beliefs. But Behar snarked that Trump wasn’t really a Republican so “that’s why he “deserved” the jokes.

But McCain pressed again that Hollywood was there to entertain not give political lectures. Behar wouldn’t be swayed from her position that no one was mocking Trump’s supporters by mocking him.

“Nobody is making a joke about Trump supporters. I have not heard it anywhere,” she stuck to her guns.

MEGHAN MCCAIN: The Grammys ratings were down 24% and I really don't watch award shows anymore. I know there's a segment of the population that thinks Trump jokes are hilarious, making fun of Republicans is hilarious. I'm here to tell you that Hillary Clinton cameos, all that, I'm so turned off. I have no interest in being lectured to, about my friends who are Trump supporters -- if Hollywood wants to be like, be more inclusive as they claim they are---they’re all inclusive except when it comes to conservative values and except when it comes to Republicans and I'm not interested in watching that!

JOY BEHAR: Wait a second. Hold on a second. Since when do you think Trump is a Republican?

BEHAR: Nobody is doing that. Nobody does that.

MCCAIN: I'm telling you my interpretation as a Republican watching these shows and the Grammys were down 24% and I don't think touting out Hillary Clinton to make some joke about Fire and Fury is a good look, all across the board, if you want to raise your numbers, if you care about ratings.

ANA NAVARRO: To answer your question, I don't think Trump is a Republican. I think he has staged a hostile takeover of this party and many people have ceded it to him.

BEHAR: That's right. That's why he deserves all of his jokes.

MCCAIN: When I go home at night, when I’m trying to take a load off, you know I'm watching the Housewives and I also don't care about some of the movies that are out there. I will say it's tribal. I just don't want to get -- I have family members, friends who are Trump supports, who like him-- well, extended family members--

BEHAR: Nobody is making a joke about Trump supporters. I have not heard it anywhere.

MEGHAN MCCAIN: But it’s interpreted. We’ve had Hillary Clinton on--

HOSTIN: If you voted for him, then you feel the guilt, you're defensive.