Editor’s note: This episode was obtained online, as the original televised broadcast was interrupted by local news coverage in the Washington, D.C. area 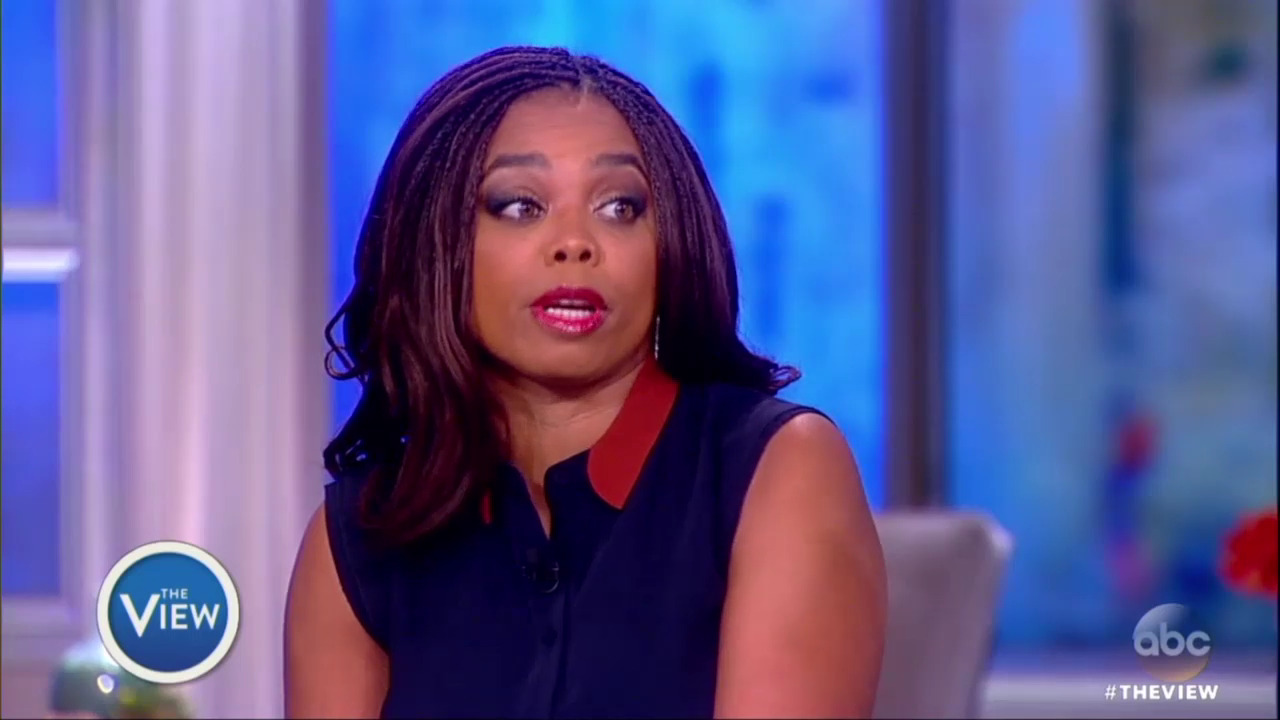 Meghan McCain was the only one to hold ESPN’s Jemele Hill accountable for the incendiary comments she made about President Trump last September, on the View’s February 21 show.

The ESPN personality sparked an immediate backlash after she tweeted that President Trump and his supporters were “white supremacists” back in September, but it took the sports network months to remove her from her hosting gig on SportsCenter, though she was suspended by the network at the time for two weeks.

He is unqualified and unfit to be president. He is not a leader. And if he were not white, he never would have been elected

Hill is still employed by ESPN and now is the senior correspondent and columnist for their blog, The Undefeated. On The View Thursday, Hill addressed the controversy, admitting that she still stood by those comments.

After explaining what Hill tweeted, host Meghan McCain got the first question in and she didn’t throw a softball.

“We’ve all tweeted things in the heat of the moment,” McCain acknowledged before asking, “Do you still stand by what you said? And do you think that President Trump’s supporters are white supremacists?”

Hill immediately defended her stance, saying she “still stood by” what she said, however, she didn’t think that Trump’s supporters were white supremacists:

What I would say though is that they have the privilege, the benefit of privilege to be able to distance and disassociate themselves from certain issues. Me, as a woman of color, I feel vulnerable to certain behaviors, to certain policies, certain things that he’s said and done, and so all of that was part of that response, feeling that vulnerability. If it doesn’t impact you directly or you don’t feel that, it’s probably harder for you to understand it. And so I just ask those who do support him, to understand that that perspective is coming from that place. It’s not about calling you out necessarily. It’s about the fact that in this time and in this moment it feels like people of color are under attack.

“What would you say to a Ben Carson, who’s working in the administration who’s obviously not white, would you consider him a white supremacist?” she asked.

Hill immediately denied that she thought Carson was a white supremacist or that “everyone” in his administration was a racist. McCain held her feet to the fire, reminding her that she just said she still stood by her original tweet.

“You also just said you stand by what you tweeted, which is that he’s surrounded by white supremacists in the White House,” McCain pointed out.

“Yeah but I wasn’t talking about Ben Carson. I think we know the names that I was talking about,” Hill denied, before twisting herself into a pretzel to explain “surrounded” didn’t mean “everyone:”

Sunny Hostin and Joy Behar jumped in as Hill was answering to help her answer McCain.

“And those people who marched with him, marched in Charlottesville!” Behar backed up the ESPN personality, as the audience clapped in approval.

Hostin, who called herself a “friend” of Hills, blasted her critics online saying the backlash was “unbelievable” to see the “vitriol she got for basically giving your opinion.” “How did you feel about that?” she asked sympathetically.

Instead of acknowledging that it was the accusations of racism that was what really angered people, not simply her “opinion,” Hill shrugged. “You have to have a thick skin,” she answered.