'The View' Whines ‘Dictator’ Trump ‘At War’ With Media, ‘Actively Trying to Kill Press Off!’ 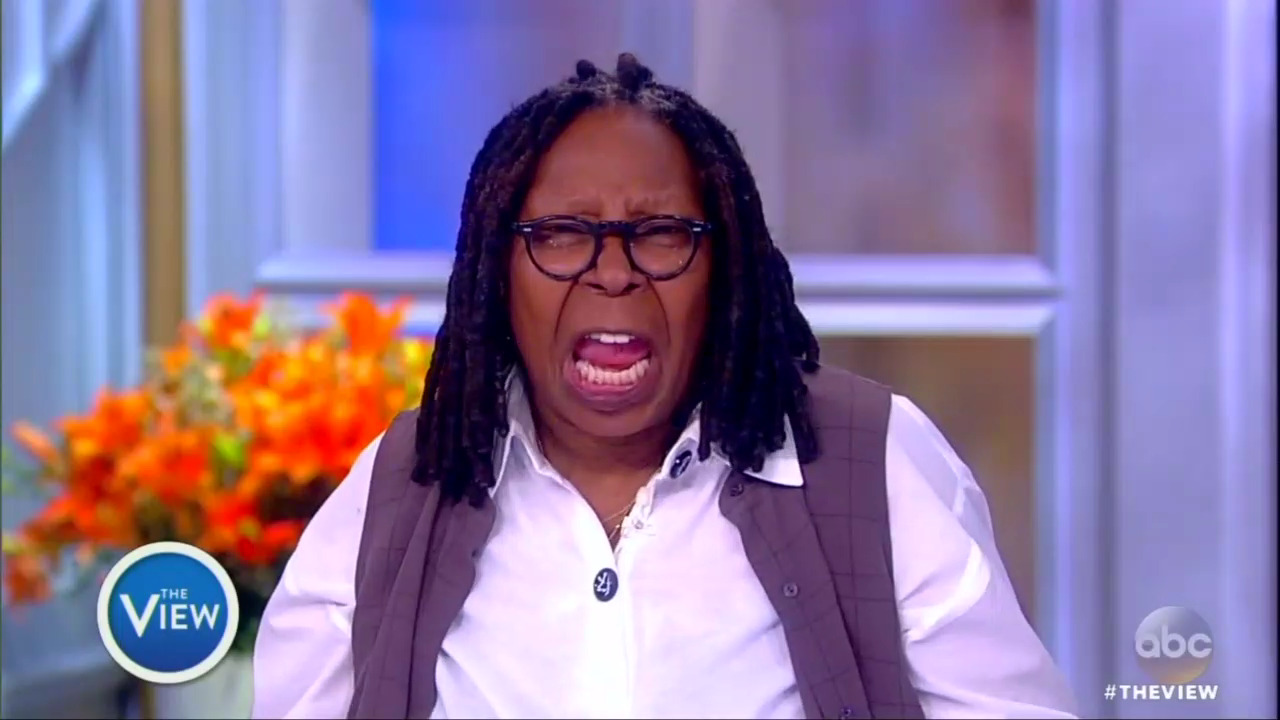 Thursday on ABC’s The View, co-hosts Sunny Hostin and Joy Behar sparred with co-host Meghan McCain and guest host, actress and singer Keke Palmer, over the trustworthiness of the media.

Behar and Hostin complained that no one trusted the media anymore, when they were only trying to give “the truth” and “the facts.” Hostin compared Trump to a “dictator” while Whoopi Goldberg hyperbolically added, we’ve never had a president that was “actively trying to kill the press off” like Trump.

The discussion began after Whoopi announced Trump wanted to make America’s libel laws easier for people to sue media organizations, after the release of the Michael Wolff book Fire and Fury. Hostin was aghast at that news, claiming that President Trump was acting like a “dictator:”

“I do think we need to be very concerned about what he is trying to do. What he's trying to do is I think, akin to censoring people. When you look at the dictatorships those are the places where you get into trouble for speaking out against the government and you do get put in jail. When you hear our president saying things like I'm going to try to strengthen these defamation laws what he's really saying is I don't want people to criticize me and I think we need to be very careful here,” Hostin warned.

Moving on, Meghan McCain asked Palmer what media outlets she “trusted” as a millenial. Palmer responded that she took everything with a grain of salt:

“I don't know if I trust that many. That's kind of the thing with social media playing a big part in that. One thing you think is real and the next minute it's completely fake. We say, this is what I choose to decide to believe. I think that actually is a good thing. It really does make people start thinking more independently,” she replied.

But this answer didn’t please Behar, who argued the establishment media should be trusted implicitly.

“I don't agree with that,” Behar shook her head. Palmer pushed back saying that the current environment makes her question information she hears on cable news: “Well for me it does, because I don't just turn on CNN and say this is true because CNN said it. Where there was a time, when it is what you believe,” she stated.

Behar shut her down, shouting, “facts are facts!” to audience applause, as if that was all the media ever reported.

“There are outlets out there, The New York Times, The Washington Post and other sources like that that have been around for over 200 years. You listen to those rather than people who just pop up someplace,” she argued.

McCain noted that even liberal journalists have come out against the inaccuracies in Michael Wolff’s book. But Whoopi and Behar defended the book by ridiculously arguing that too much of the book seems true for it to be false:

“Listen, you can question and say, hey, some of this I don't think is accurate. You take what is accurate and you weigh it. You go, ‘this is way too much stuff that is accurate for you to be doing this.’ This is ridiculous,” Whoopi stated.

While Behar gushed, “The book rings true because we've seen him on television with our own eyes.”

Hostin and Behar then began to complain about how Trump was at fault for the media being untrustworthy.

Behar ranted, “He's chipping away at people's trust every minute. He's making everything that he doesn’t agree or that talks negatively about him, ‘fake news.’ I believe he's at his 2,000th lie this year. So how do you believe him?”

Hostin gushed she was “very concerned about the war on journalism,” saying, “There are wonderful journalists I work with every single day, like Anderson Cooper, like Walter Cronkite!”

“Let's not always attack journalists it's a very difficult job to do and they're on the frontlines right now, making sure we do know the truth and we know facts!” Hostin clenched her fists and gushed emphatically.

Behar agreed, telling Palmer that she needed to watch the media puff film,The Post, to truly understand how important the press was, even claiming they were the backbone of our democracy:

“If you watch the movie The Post which is out now you'll see what she's talking about. Without the press you have no country, you have no democracy. It’s as simple as that,” she proclaimed to applause from the audience.

Not to be outdone, Whoopi hyperbolically claimed that this was “[t]he first time in my life where a president is actively trying to kill the press off.” To which Behar and Hostin emphatically agreed, “yes!”