MSNBC: Republicans Are Now The ‘Party of Pedophiles’ 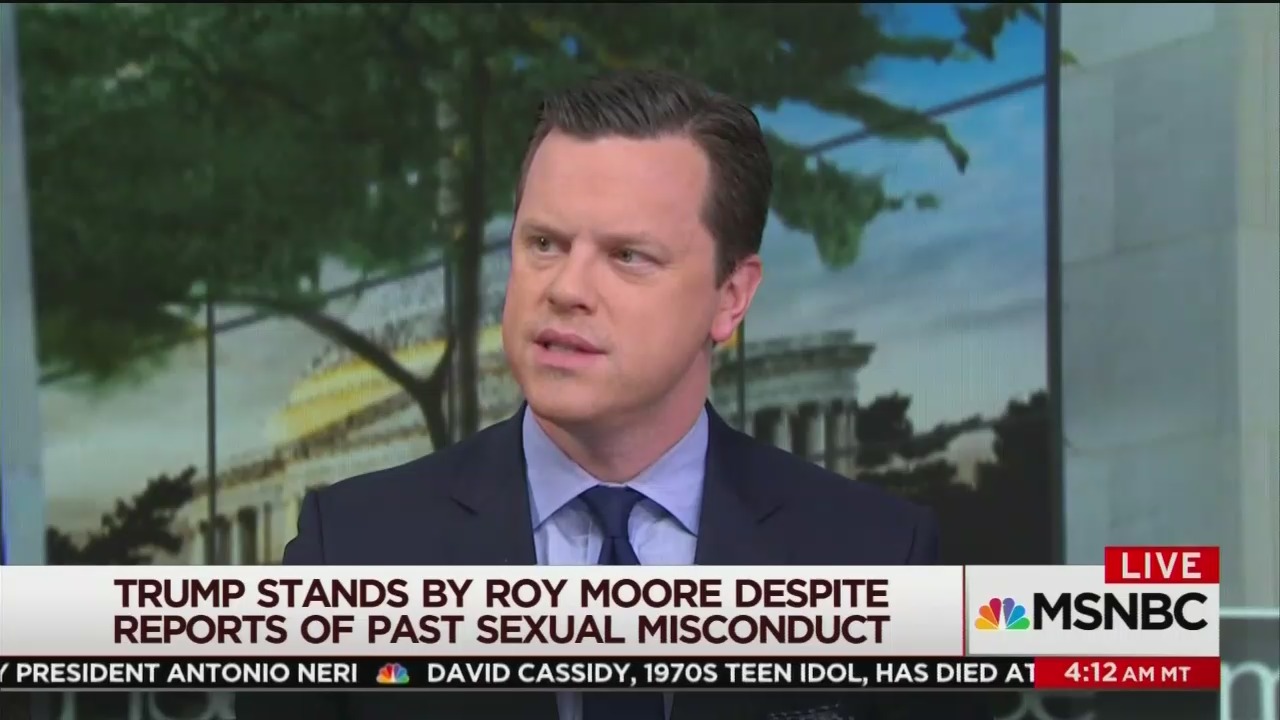 After Kellyanne Conway and President Trump blasted the very liberal Democrat candidate running for the Alabama Senate seat against Republican Roy Moore, the liberal media reacted with an uproar at the audacity of Republicans encouraging voters not to vote for Democrats.

MSNBC took the crassest stance they could take, alleging that President Trump and Republicans in general now support pedophilia and would be known now as the “party of pedophiles.”

Sykes claimed that every Republican should wear a scarlet “P” for pedophile, from now on:

You know, Ana asked whether this was the floor, and you would hope. This is not only bad, it is obscenely bad. This moment that we're in which you have this remarkable cultural shift taking victims seriously, listening to the women who courageously come forward. And the President of the United States is doubling down, going become to his playbook from the Access Hollywood video. Believing, believing Roy Moore. What a catastrophe this is for the conservative movement and the Republican party. What he has done is put a scarlet P for pedophile on the forehead of every Republican in this country that does not strongly repudiate this.

[T]he President of the United States is putting the prestige of his office behind this craziness because, well, it's a binary choice, right? At least he is not a Democrat. He is going to vote for the tax cut bill. Look, this train is headed for Donald Trump again. And if he thinks he is going to be able to play this and skate the way he did a year ago, I think he is misreading the cultural moment, which is a truly extraordinary shift that we're seeing going on right now.

The following morning on MSNBC’s Morning Joe, hosts Joe Scarborough, Mika Brzezinski and their guest analysts repeatedly slammed Trump for not asking Moore to step down from the race.

Over and over again in the three hour show, the hosts accused Republicans of becoming the party of pedophiles, or child molesters:

WILLIE GEIST: Think about the politics, we have the President of the United States now saying clearly and out loud that he takes the side of Roy Moore, he takes the word of Roy Moore versus the word of the nine accusers. He made that very clear yesterday. So if your moral code doesn't dictate you come out strong against someone who’s been accused of these things, maybe a political strategic argument would prevail on the president, which is, you win this seat, this Senate seat for Roy Moore, it's a pyrrhic victory you will be saddled as you all have just said as the party of a pedophile for the rest of Roy Moore's term. Be the way the president will be saddled with that, saying you stood up in this moment of truth, you stood up and took the side of an accused pedophile.

JOHN HEILEMANN: And in that case you get the worst of all worlds, you lose the seat and in the process of losing it, you’ve ended up becoming the party of pedophiles which is a double whammy that the president's trying to pull off here.

SUSAN DELPERCIO: It is, it has echos of Charlottesville when you think about it, he says there are good people out there when there were neo-nazis marching, killing one person. We look at it today. Well, he said he didn't do it. Well the president basically admitted I'd rather have a child molester in the Senate than a Democrat. He set the standard for our country. Bob Corker back in Charlottesville says he doesn't understand paraphrasing, he doesn’t understand the character of the country. Once again clearly Donald Trump doesn't get it, we don't want child molesters in the U.S. Senate.

SUSAN DELPERCIO: As far as the party goes, I have been a Republican in New York, which is not an easy feat, for 25 years. As much as we have had to endure as a party, being a woman in the party at times, this is the worst it's ever been. To have the president to back a child molester just makes it even -- how do women continue to support this party. It's a challenge. And it’s a challenge I’m hearing more and more of.

…
JOE SCARBOROUGH: So let's get serious now and talk about what's going on with Donald Trump, Roy Moore, the state of the Republican party. They have to be very concerned. Democrats and a lot of never Trumpers and also conservatives are starting to say, if Donald Trump and the Republicans back Roy Moore and seat him, they are going to be the party of pedophiles. That's harsh talk. But how concerned are Republicans on the Hill?