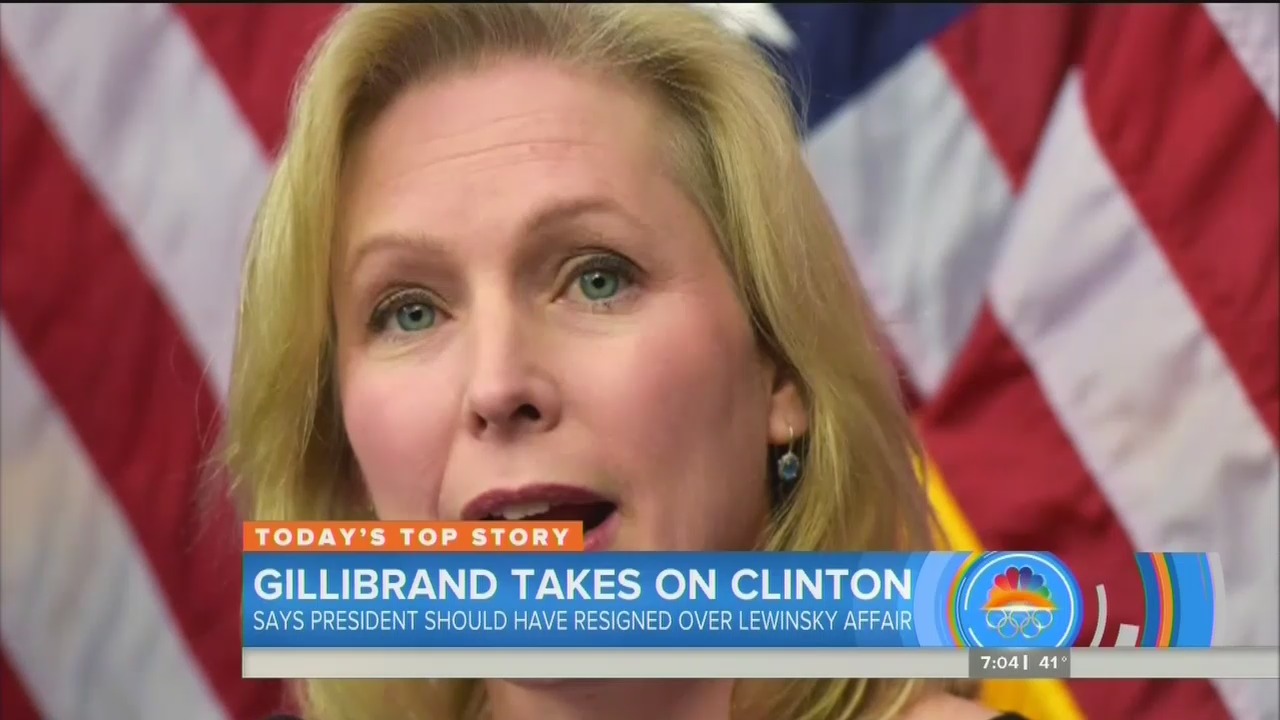 Those comments came during a discussion a New York Times reporter was having with Senator Kirsten Gillibrand of New York for an upcoming podcast. Asked point-blank if she thought President Clinton should’ve resigned from office, the Times reported that Gillibrand “took a long pause” and conceded,“Yes, I think that is the appropriate response.”

Gillibrand went on to characterize today’s culture as somehow less permissable of this behavior then it was twenty years ago when Clinton was in office, hinting that President Trump should face the same fate.

Even the liberal paper called the comments “remarkable,” as Gillibrand is a top Clinton supporter, who also holds former Senator Hillary Clinton’s seat. Not only that, but Gillibrand had praised both Hillary and Bill Clinton just last year for their longstanding “support:”

In my adult life, politically, no one has inspired me to get off the sidelines and truly make a difference more than Hillary Clinton has,” Ms. Gillibrand said last year in an essay on why she was supporting Mrs. Clinton.

Ms. Gillibrand has also noted Mr. Clinton’s support for her own run for office. “I was lucky enough to receive guidance and mentorship from Hillary during that run, and was truly honored that President Bill Clinton campaigned for me in my first run for Congress in 2006,” she wrote in the same essay.

Instead of reporting the Democrat senator’s shocking admission, ABC’s morning news program, spent an entire report rehashing the sexual assault allegations against President Trump made during his campaign.

ABC's head anchor for GMA is no other than George Stephanopoulos, who initially served as Bill Clinton's communications director, before becoming a senior policy adviser to the president while he was in office.

While ABC avoided Gillibrand’s comments entirely, the other two networks did highlight them.

On NBC’s Today, Kasie Hunt read Gillibrand’s comments against Clinton and Trump with the chyron that read, “Gillibrand Takes On Clinton.”

CBS This Morning also gave a very brief report to her comments, while the on-screen text read, “Clinton’s Scandals.”

These comments didn't sit well with some Clinton supporters. Former Hillary Clinton adviser Philippe Reines lashed out at Gillibrand on Twitter, calling her a "hypocrite:"