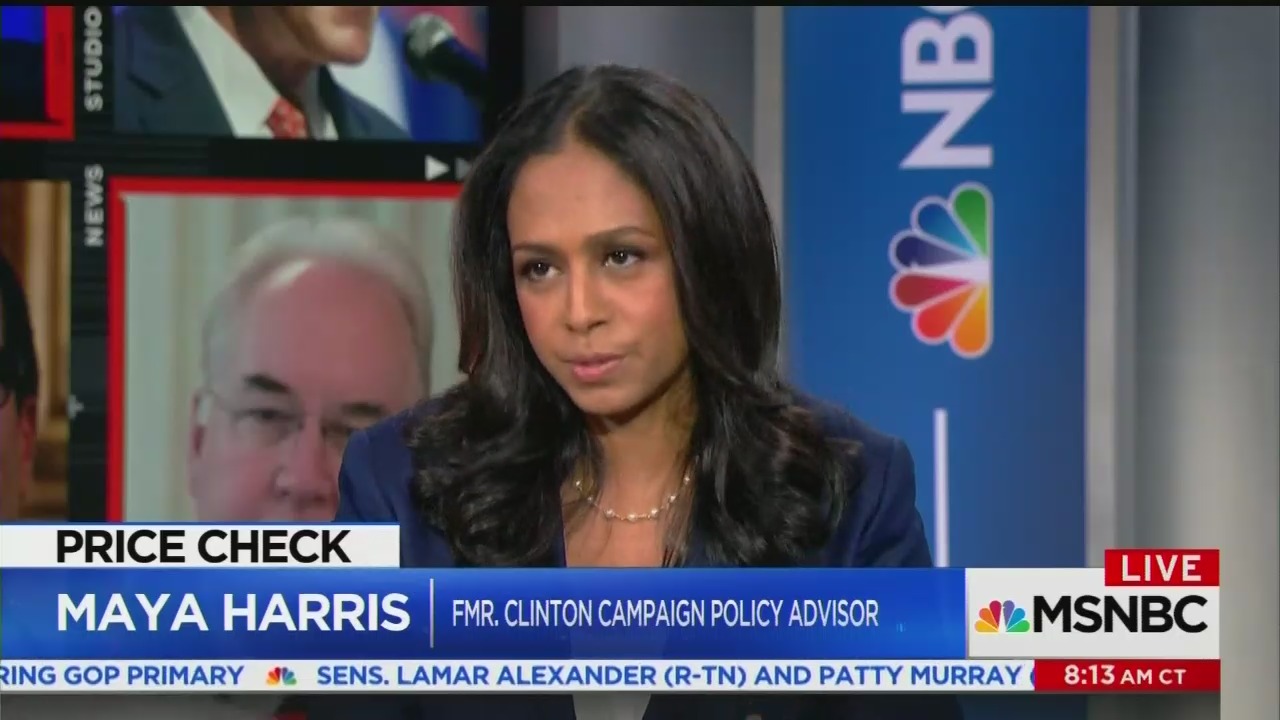 MSNBC continued that obsession Friday morning in the 9 am ET hour, where host Stephanie Ruhle spent the show’s first fifteen minutes complaining about how lavish and unnecessary Price’s use of private flights were.

Towards the end, Ruhle cited the White House “spin” on the spending, saying that their administration had used “fewer flights than the Obama White House did during the same period of time.” Ruhle, and her Democrat guest took offense at that notion, calling it “ridiculous” to compare what the previous administration did to this administration, on the same issue:

RUHLE: All right. The White House is now trying to spin it, Glenn said there is no PR way out of it, but they are saying that this administration has actually used fewer flights than the Obama White House did during the same period of time. Is that an argument that works?

MAYA HARRIS,(former Clinton Campaign Policy Advisor): I mean, they are trying to compare what they are doing now to the Obama White House is also ridiculous. I mean, look at the kinds of expenses that are occurring. I think that it is so telling and looking at what has happened during the Obama Administration. If this was happening, we would have investigations, we'd have hearings, we would have people who are up in arms because don't you remember that mythical $16 muffin. So I think trying to compare this administration to the Obama administration, you come to the exact opposite conclusion that what is going on here is flagrantly excessive, completely out of order and I really think Price needs to go.

The truth is, the media didn’t care when the Obama White House spent much more money on expensive flights, (that weren’t even for work like Price’s travel was.) In fact, many in the media praised the lavish spending of taxpayer dollars on luxurious vacations the First Family took during their eight years in the White House. In 2010, for example, Mrs. Obama spent $250,000 on a vacation to Spain, nearly $200,000 of which was for the flight itself. How did the networks react to that? Well ABC downplayed the pricey vacation as probably educational, and not that “big a deal” in the scheme of things.

In 2013, the Obamas spent $4 million of taxpayer dollars on a Christmas vacation to Hawaii, which included the price of the round trip flight on Air Force One and security detail. MSNBC even reported on the trip at the time, but ignored the cost of the trip at taxpayer’s expense.

In 2014, the First Lady spent an extended vacation in Hawaii for her birthday, at the tune of an estimated $60 to $100 million dollars. Again, the media gushed over the lavish trip, without giving a hint of concern over the cost. Government watchdog group Judicial Watch also found that the Obamas spent over $3 million dollars of taxpayer funds for three separate personal trips and vacations in 2015 alone.

There are countless more examples but they would take too long to list. The point is, where was the media’s concern for taxpayer dollars spent on fancy flights then?