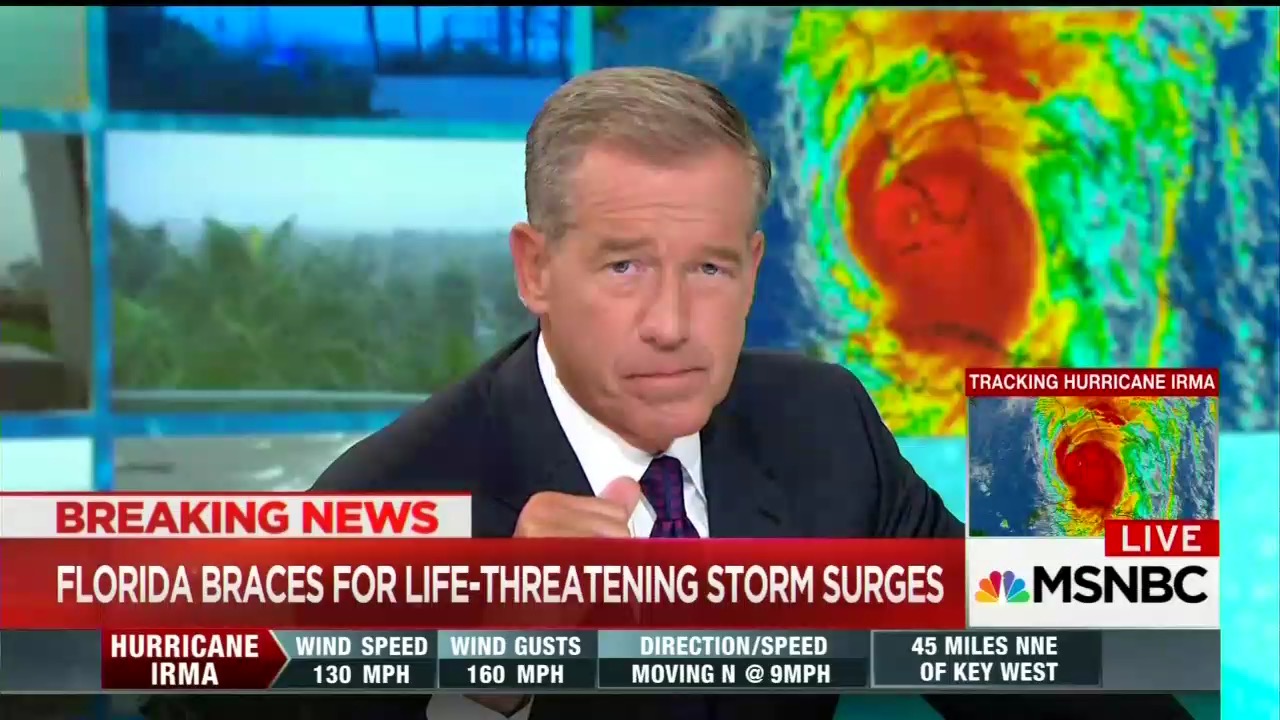 MSNBC's The 11th Hour host Brian Williams is probably regretting a flippant comment he made during the network’s live coverage of Hurricane Irma on Sunday afternoon, after it earned him mockery online. While discussing a photo reporters in Tampa, Florida had taken of the intense winds, Williams instructed Florida viewers to not take similar photos of their own. Instead, he suggested they steal this photo, share it, and “pretend you shot it.”

“We’ll look the other way,” he helpfully added.

His comment probably wouldn’t have received much attention if it had been made by any other person, but Williams’ own background of lying in his reporting, made him the last person who should make such a joke.

The disgraced NBC Nightly News anchor was fired in 2015, after repeatedly recounting a made up story where he came under enemy fire while reporting overseas during the Iraq War. He was reinstated later in the same year, but lost his position as anchor at NBC, and didn’t get his own show again until the fall of 2016 on MSNBC at 11pm.

Williams made the remark during the noon hour on the September 10 MSNBC Live. Reporter Cal Perry started by showing photographs of the storm to Williams and viewers, that the MSNBC crew in Tampa, Florida had sent them:

PERRY: The crew in Tampa, I had them e-mail photographs. Here's the water, water in Tampa bay is receding.

PERRY: This is what they're seeing on the ground.

WILLIAMS: You can live there all your life, not see this sight, not see what's beneath the water you walk by every day.

The in studio MSNBC crew marvelled at the photos showing the storm’s winds had made the water recede:

PERRY: And one of the things we do want to mention because people have power are probably seeing this, don't go look. Let us show you this. Don't go down there.

METEOROLOGIST BILL KARINS: Tampa, you have six, seven, eight hours until they have to get to their safe rooms, but you know, you don't want to be driving around.

That’s when Williams interjected to instruct viewers to “pretend” they had did something they hadn’t actually done:

“Forward this picture on Instagram, pretend you shot it, and pretend it’s yours, and we'll look the other way,” Williams stated.