CNN’s Angela Rye Refuses to Admit Trump Is Her President, Too 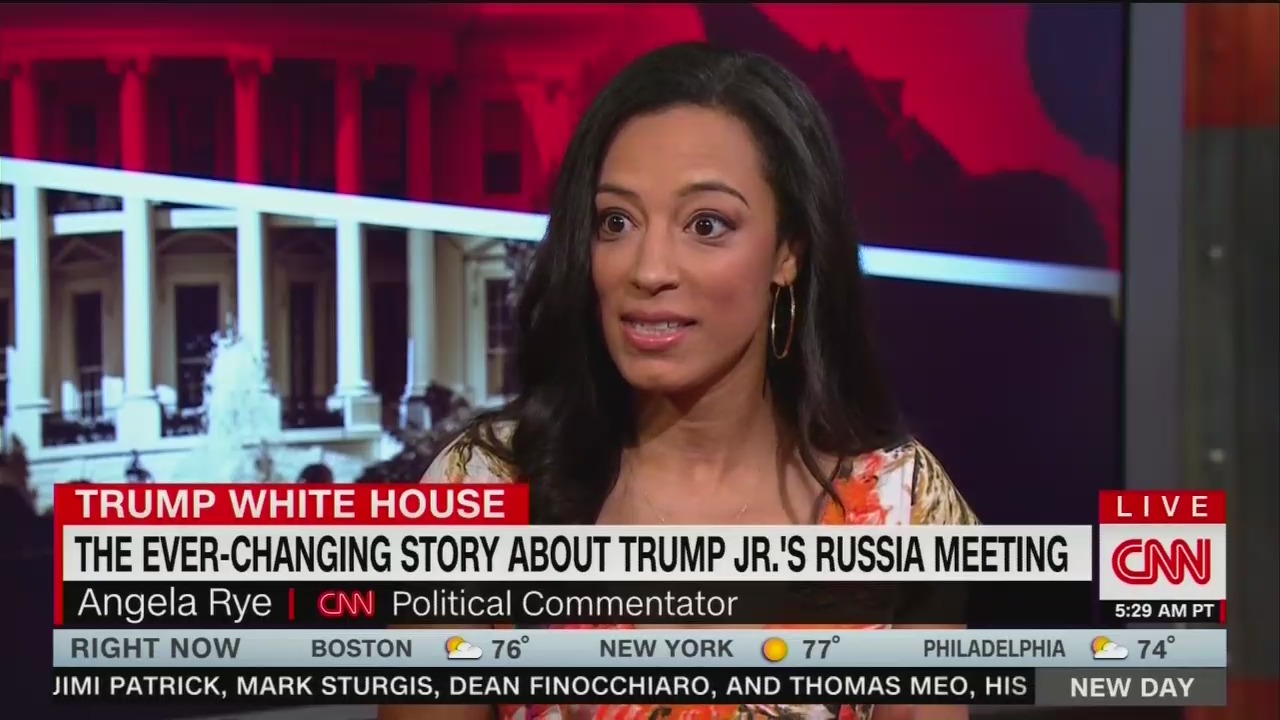 Kingston and Rye first began arguing about Donald Trump Jr.’s meeting with the Russian lawyer. After Rye blasted the meeting as against the law, Kingston asked her if she would also condemn the DNC working with Ukrainian officials to gather incriminating information on the Trump campaign in 2016.

KINGSTON: I hope you will join me on the DNC and Alexandra Chalupa, who represented the Ukrainian government and digging up dirt on Trump

RYE: It’s another distraction.There is nothing that rises to the level of this very well coordinated effort by the Russian government, Jack.

RYE: Absolutely. And if, indeed, that is the case on the Ukrainian side I will stand with you and say no one should be receiving information to overthrow or to thwart election results. Absolutely. But right now we're talking about your president. That's the problem.

To wrap up, anchor John Berman asked for Rye’s last word. She again called Trump, Kingston’s president, before he called her out on it:

“He went into a press conference during the summer, asking Russia to find the other 30,000 e-mails. There are a lot of things that your president has done to defy logic. Let's at least acknowledge that, “ Rye snapped.

“Your president, too, Angela,” Kingston reminded her.

Berman then ended the argument by stating, “The President of the United States.”

Rye’s lack of civility knows no bounds. In her on-air feuds with conservatives she’s called them “bigots” for pointing out liberal media bias, and cursed at them after being reminded of Clinton’s scandals while in office. And as much as Rye criticizes her pro-Trump counterparts for being blinded by their partisanship, her devotion to our former president was so extreme that she compared him to Jesus Christ.