The View: 'There's a Connection' to Trump Tweets and 'Death Threats' Against CNN! 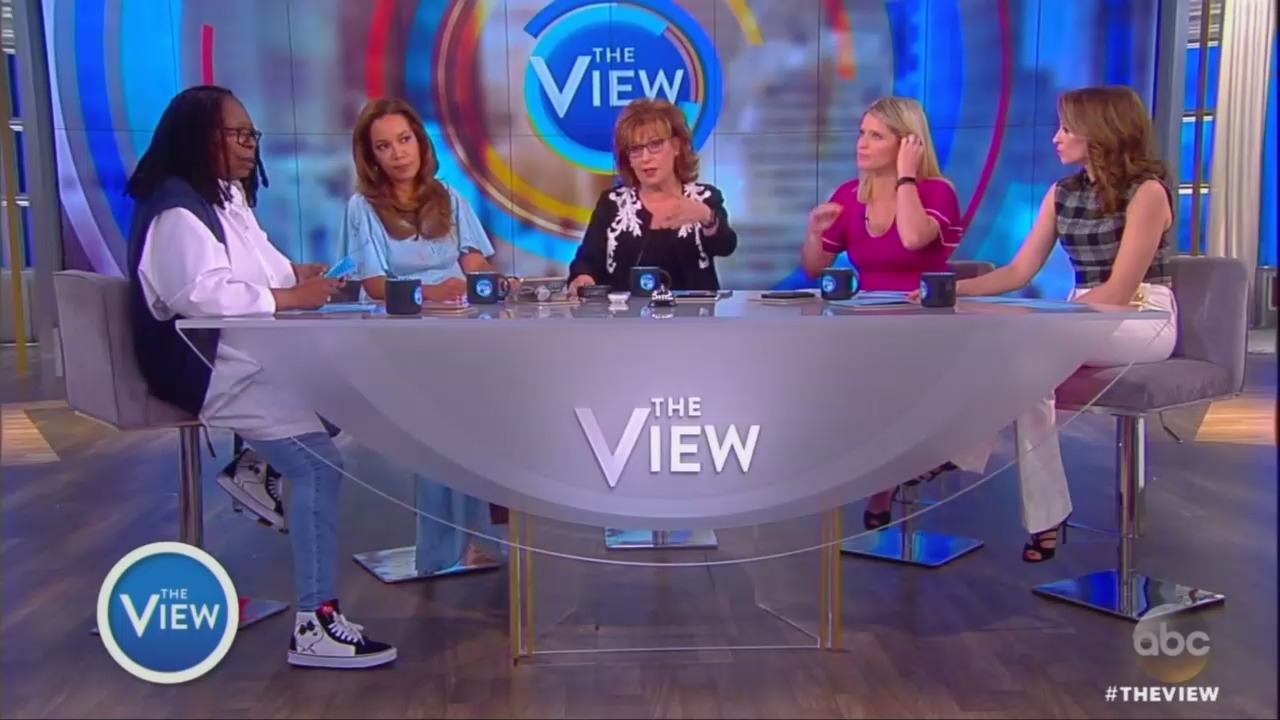 Monday on ABC’s The View, the hosts fretted that Trump was “leading the charge” on assaults on journalists. After retweeting a GIF last week that showed Trump wrestling with a CNN logo, the media threw a temper tantrum, obsessing that the gif was a sign of danger to their very lives.

Co-hosts Joy Behar, Whoopi Goldberg and Sunny Hostin continued that worrying, hyping that even more of these silly tweets were "threats" that could lead to real life violence.

The panel began the segment by playing a clip of Deputy Press Secretary Sarah Huckabee Sanders denying that Trump has ever advocated violence. The statement came during a press conference last week, after she was asked about Trump’s tweet attack against MSNBC’s Mika Brzezinski. But the hosts at The View then falsely claimed this statement came after Trump retweeted the anti-CNN wrestling GIF.

WHOOPI: So after ‘you know who’ reposted a video of himself body-slamming a person with a CNN logo over his face last week, he was accused of inciting violence against the media. So this was the response from the White House.

The panel then played a video tweet from Donald Trump’s son altering a scene from Top Gun, with Trump shooting down a CNN jet.

Whoopi and Hostin then worried these tweets would inspire Trump voters to send death threats and “assault” journalists:

WHOOPI: So apparently CNN reporters have been getting death threats and I--

HOSTIN: There’s a connection. I used to work at CNN and know a lot of folks over there. They’re good journalists. They’re people that care about their jobs. There’s an assault on them.

Whoopi then argued for civility, before suggesting that Trump voters would take the video literally instead of “in the abstract” and follow up on it with actual violence.

WHOOPI: How is it possible that in a democracy we are genteelly allowing outsiders to threaten journalists because they don't like what the journalist has written, to threaten their children and just by the way, you know, they're trying to intimidate people to keep them from talking about these very core values and issues that I thought we all agreed on that we don't have to like each other's stuff and when we see something we don't like like Kathy Griffin holding a bloody head, we can all say hey, that's not right.

But then you beat up on CNN and you can say yeah, we're talking about it in the abstract. Well, it's not -- your people don't think in the abstract. Your people think very specifically. They go right to people. They're calling folks because they didn't like something that was written or talked about on CNN. Is this where we're going?

Behar moaned it was just more of what Trump did in the campaign, “threatening people in his rallies:”

BEHAR: It was never nipped in the bud in the first place. When he was running he was threatening people in his rallies. He said I'm going to send a lawyer to help you if you hit somebody.

SARA HAINES: Back in the day before, you would be escorted out.

BEHAR: You would be escorted out. This is something we all knew that. And people voted for him knew they were getting. They knew the grenade they were falling on as my friend would say. Here it is again.

Towards the end of their rant, Sunny Hostin interrupted to read off the teleprompter a “correction”, that the Sanders clip they played at the beginning was related to Mika, not CNN. “It doesn’t matter!” Joy Behar whined, before praising the press.

“It doesn't matter. The Washington Post and New York Times and other outlets have been remarkable. That's the good news, that the press has risen to the occasion,” Behar gushed.

Afterwards, Jedediah Bila argued there was a distinction between “people on the right” who believed in media bias but didn’t agree with a “segment” of that population who wanted to “take things too far” in their attacks against the media.

“The President is leading the charge though, Jed!” Sunny Hostin shot back, before they cut to a commercial break.