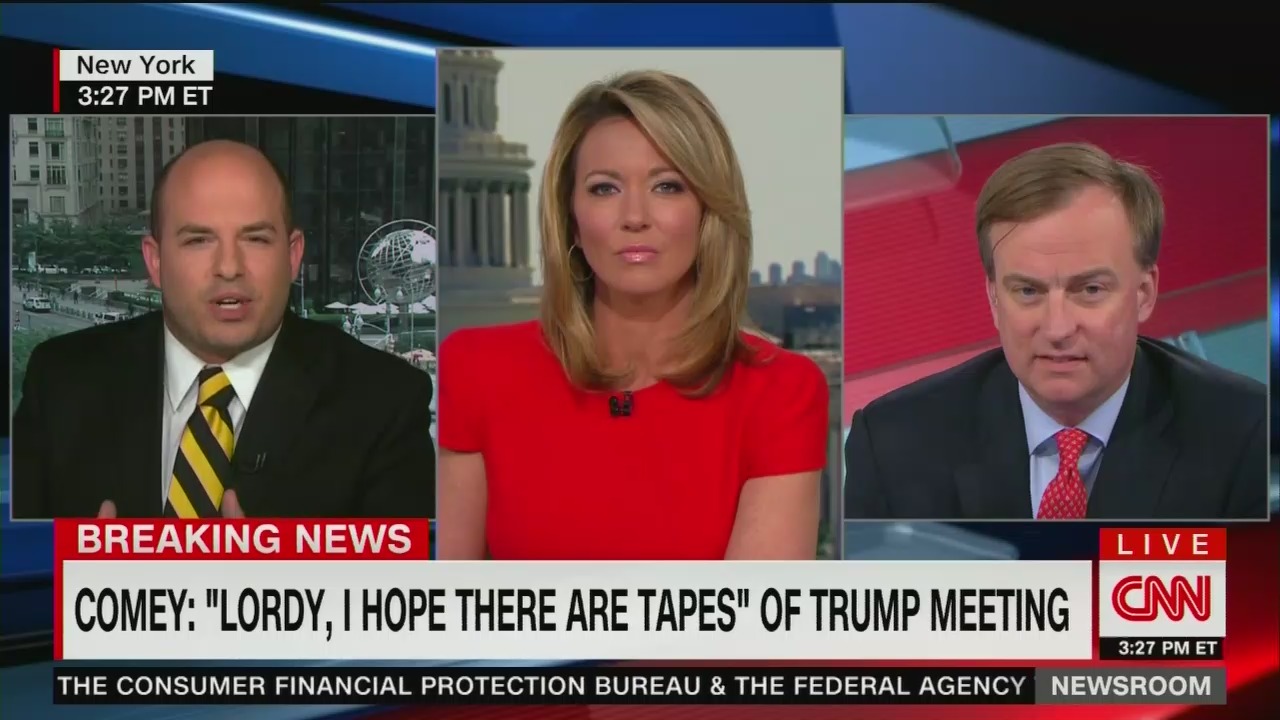 During CNN’s live post-Comey hearing coverage Thursday afternoon, CNN’s Reliable Sources host and resident conservative media basher Brian Stelter accused the right of creating a “side show” out of the day’s hearing. Instead of taking aim at Comey’s troubling admission that he purposefully leaked his private conversations with the president to The New York Times, Stelter adamantly defended that decision. The only ones who were at fault for the leaks even being talked about were the “conservative media,” according to the CNN host and correspondent. Stelter even lamented that by shifting attention to Comey’s deeds, Putin had “won.”

After host Brooke Baldwin asked Stelter his opinion on Comey admitting that he leaked these memos to the press, Stelter opened by blasting conservatives for making this admission a distracting “side show.” He went further to defend Comey, suggesting he had no choice but to “get the word out” in “however” way that was necessary:

STELTER: I think largely the conversation about leaks is a side show, it’s a talking point for conservative media to say that the president had a good day and not a very bad day here. Look, if you are -- if you are James Comey and you feel there is a problem at the top of our government, what do you do? You tell a couple of your friends and try to get the word out however you can. Whatever the president said to Comey, it's not necessarily classified, not necessarily privileged. Not every conversation they had was a secret.

Stelter then shifted blame to the White House, for keeping “a lot of secrets.” He went on to rant at the “partisan squabbling” happening after the hearing, saying that the purpose of the hearing was lost. “Who’s the real winner today? Is it Vladimir Putin?” Stelter asked.

“Russian propaganda outlets are loving this today,” he concluded.

But this White House seems to be trying to keep a lot of secrets. That was my take away all morning, Brooke, was there are a lot of secrets in this White House. Is he taping conversations or not? That’s a secret. We can't tell you the answer. I can’t help but think: Who's really the winner today? Is it Vladimir Putin? You know, Comey is telling the country to pay attention to this crisis, this attack by Russia. He says it's going to happen again. And yet what do we hear a lot today? Partisan squabbling. The left and right arguing over social media and sometimes on television about who is right and wrong here. Russian propaganda outlets are loving this today, Brooke.