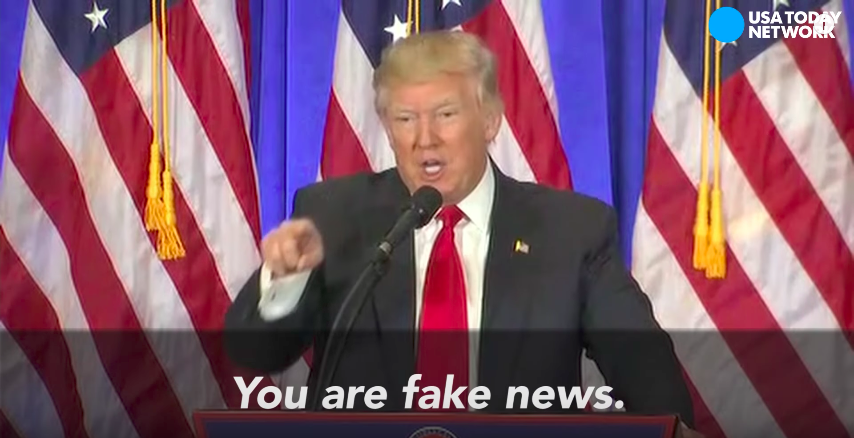 More research from liberal universities has confirmed that not only is the media biased against Trump, but a majority of the public doesn’t trust what they read from the mainstream media either. These findings echo a Gallup poll from September that showed only 32 percent of Americans trusted the media.

This new poll conducted by Harvard’s Center for American Political Studies with Harris Insights and Analytics found that that 65 percent of voters believes the media is full of “fake news.” Though the term “fake news” became a rallying cry for Trump voters against the media, the poll revealed that even the majority of Democrats and Independents agreed the news was full of biased or untrue stories. 60 percent of Independents and 53 percent of Democrat voters polled also admitted they couldn’t trust the mainstream media.

The study also found the reasons behind those numbers. The media’s obsession with reporting on every perceived scandal they can find in the Trump Administration, whether real or fake, hasn’t served the media’s own credibility well, (at the very least with conservatives.) The study’s writers found that conservative voters were turned off by the media’s eagerness to uncover all the dirt they could find in the White House, when in many cases, these stories ended up being full of nothing more than hot air.

A cottage industry of conservative media critics has sprung up online to draw attention to the salacious details about Trump that spread across social media or are aggregated countless times before they’re revealed to be mischaracterized or untrue.The net effect is that Trump’s image, and public trust in the media, are at all-time lows.

Despite not trusting the media, just under half of those polled agreed that the media was treating Trump unfairly.

The poll also found that voters are more concerned than the media was, about who has been leaking information out of the White House. 74 percent of voters agreed the leaks were a serious matter that needed to be investigated, including 84 percent of Democrats.