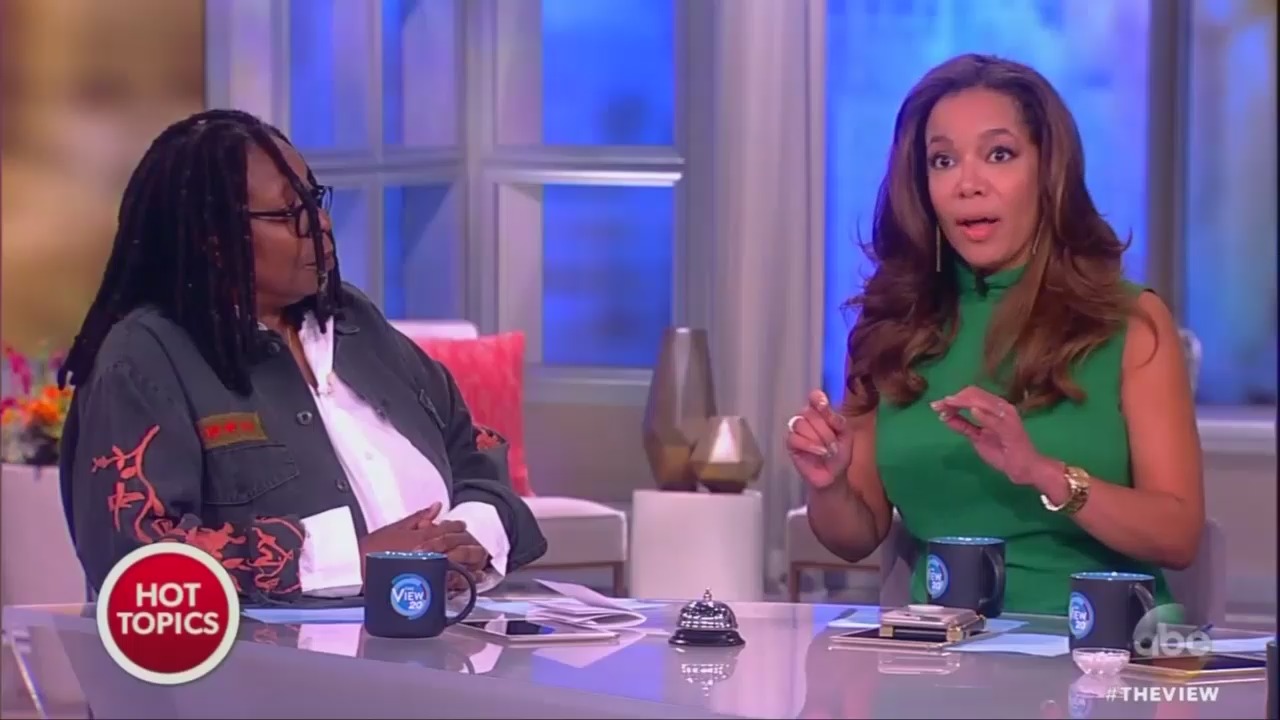 Wednesday on The View, co-host Sunny Hostin couldn’t contain her excitement at the possibility that President Trump could face impeachment, over a new New York Times report  that revealed former FBI Director James Comey made a written record of his meetings with Donald Trump before he was fired. The “Comey memo” could confirm that Trump asked the FBI Director to "let go" of the investigation, which may be an obstruction of justice.

After announcing the news, co-host Whoopi Goldberg exclaimed, “What the hell?!” Hostin, who is also a lawyer, cheered that this could mean Congress would have sufficient evidence to impeach Donald Trump:

SUNNY HOSTIN: When I heard about it, I said, there is a memo. People were questioning whether or not it existed, and I started thinking about my time as a prosecutor. First day, day one during training, they said, if it happened and you didn't write it down, it didn't happen. And I thought, if they're telling me that and he was a former prosecutor and head of the FBI, he wrote it down!

Later on, Hostin explained that if the Comey memo was true, impeachment was certain.

“That’s obstruction of justice. That’s an impeachable offense! And it’s going to be easier to prove now,” she touted.

Whoopi Goldberg added that Republicans should be speaking out against this because of when Bill Clinton was accused of obstructing justice by meeting Loretta Lynch privately during Hillary Clinton’s e-mail investigation.

WHOOPI: We have no idea what went on there, and people's heads exploded. If this is correct, somebody's head needs to explode because you can't be doing this.