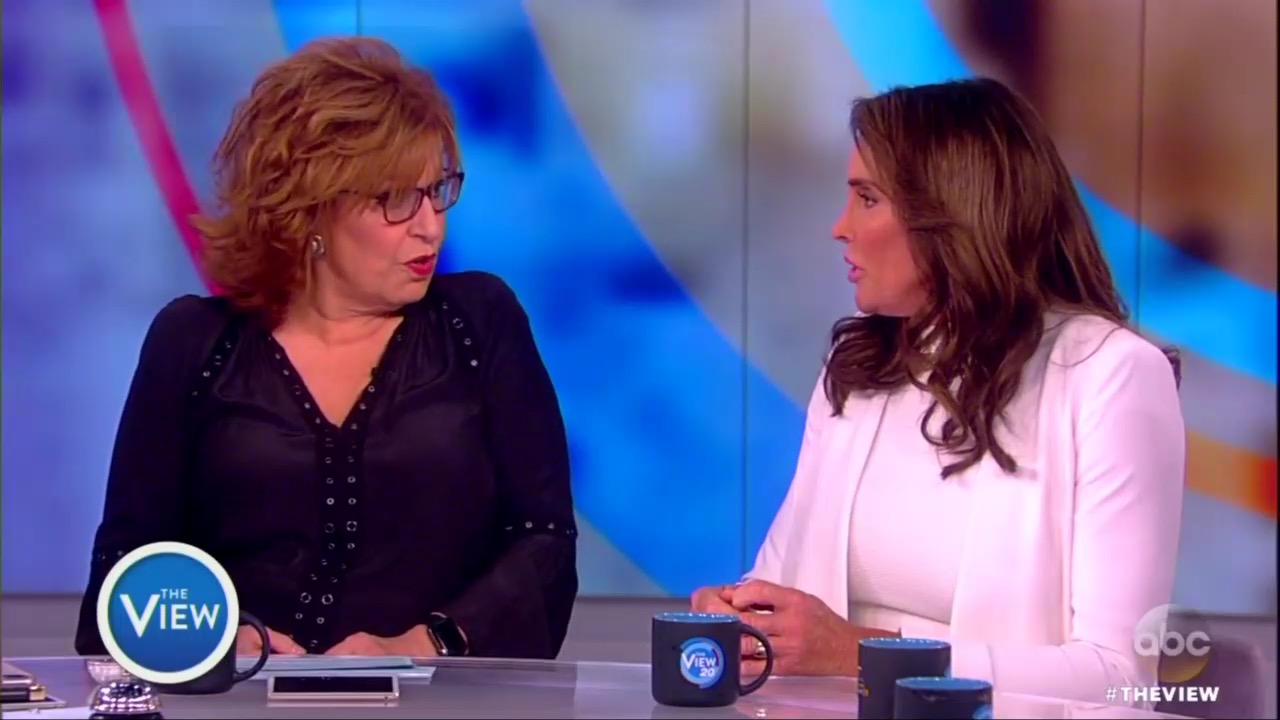 Former Olympian and transgender activist Caitlyn Jenner was on The View Wednesday to talk about their new book and how they felt about Donald Trump. While criticizing Trump’s record on transgender issues, Jenner said they still identified as a conservative for issues like national security. Jenner’s answer prompted one host to excitedly ask Jenner to run for political office.

The interview began with host Whoopi Goldberg asking about Jenner’s relationship with Trump:

WHOOPI: What can you say to him that says, ‘Listen. You need to remember. We're all Americans here.’ How can you help us?

Jenner responded that Trump’s ruling on Title IX was “extraordinarily disappointing,” adding, “My loyalties are not with Donald Trump. My loyalties are with my community, okay?”

Even after audience applause, the panel pressed for a stronger condemnation of Donald Trump.

BEHAR: Would you vote for him again? Do you regret voting for him?

Jenner couldn’t answer either way, saying having a conservative justice on the Supreme Court and a “strong America” were the primary reasons for voting for Trump.  This answer excited host Jedediah Bila who gushed, “Would you want to run for office?”

BILA: What about -- you are so good at this. This politics stuff, honestly. I’m a center-right girl and I want to vote for you. I mean, would you run for office? I'm serious! [audience applause]

Jenner responded that years ago when asked to run for political office, it was out of the question.

The panel erupted in laughter and said, “Not anymore, not anymore!”

So I go, they would just destroy me. I couldn't do it, okay? Now, I don't have one secret left. There is nothing left, okay?

“And is the country ready for a woman president? That would be the question.” Behar asked.

“There you go,” Jenner said as the rest of the panel said “That’s right” and nodded in agreement.