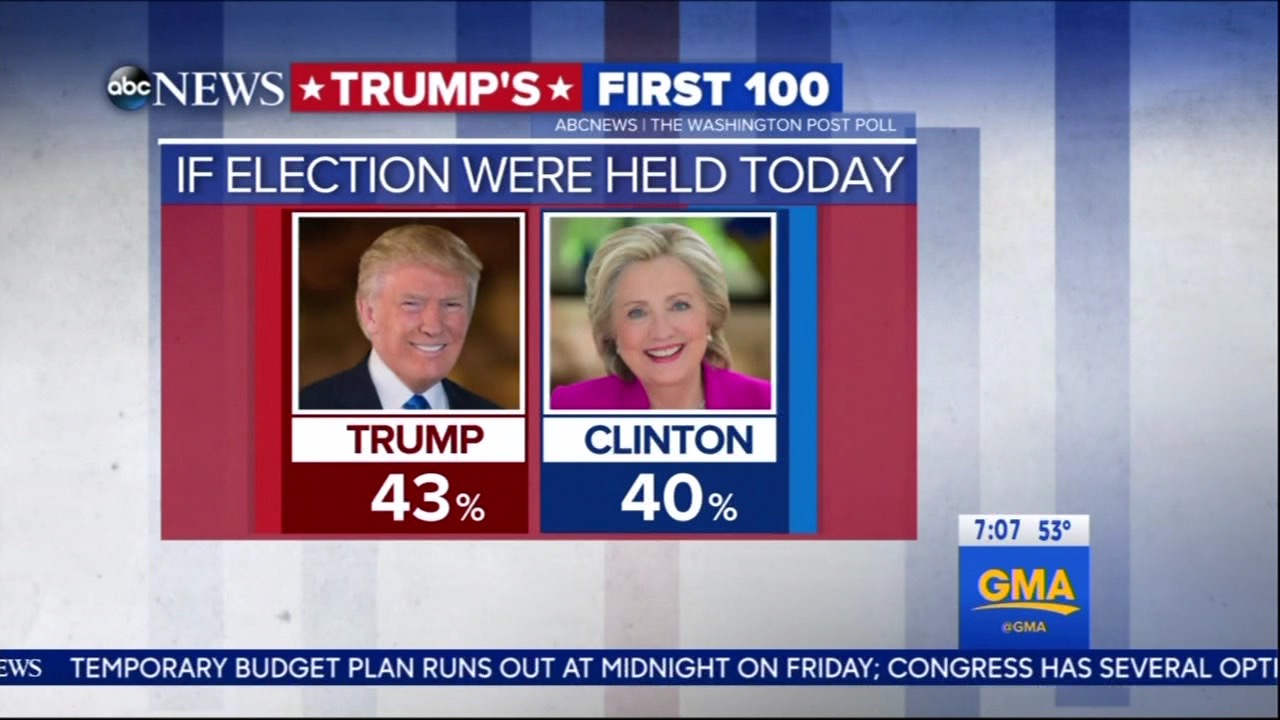 Good Morning America anchor George Stephanopoulos couldn’t hide his surprise at his own network’s poll results, during Monday’s show. The ABC News/Washington Post poll over the weekend revealed positive numbers for the President, going against the media’s negative narrative that supporters had abandoned Trump.

Not only that, but the poll revealed Trump would win the election again, if it were taken today. A flabbergasted Stephanopoulos admitted he was surprised by the results, in two different segments on today’s show.

In the first report by White House Correspondent Jonathan Karl, ABC led with Trump’s low approval ratings among the general population. But at the end of the report, Karl had to reveal the positive numbers the poll revealed as well:

STEPHANOPOULOS: And, Jon, let's stick with that poll for a second. You point out a lot of the challenges for President Trump in the poll, some of the warn signs for Democrats as well. One of the biggest warnings for Democrats, the surprising result if you re- ran the election today.

KARL: Yeah this is very interesting. If the election were rerun today, with those who voted in 2016,  Donald Trump would beat Hillary Clinton. And George, it's 43/40, meaning he would beat her in the popular vote. Which of course he didn’t do in the real election.

STEPHANOPOULOS: That would be a real flip, Jon Karl, thanks very much.

Later in the show, Stephanopoulos spoke with Joe Kelly, the morning host at 96.5 WDBO in Orlando, an area which heavily voted for Trump.

“You talk to Trump voters every single day,” the anchor began. “I want to start off with that number from our poll. 96% say they’re standing by President Trump right now, they would vote for him again,” he continued.

Stephanopoulos then asked what Trump’s “secret” was to maintaining support, insinuating that no one else could understand why he still had supporters:

“What’s the secret to his staying power with those voters?” he asked, quizzically.

Stephanopoulos followed up by asking the radio host if Trump’s supporters would still support him even though he broke his “promise” to get Mexico to pay for the border wall. Again, would ABC ever ask Obama supporters if they still supported him for breaking promises like, ‘If you like your doctor, you can keep your doctor?'