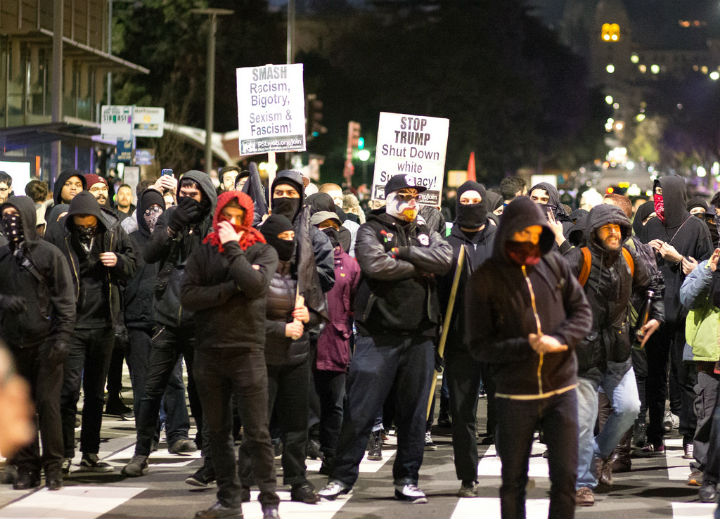 If you want to read something crazy, look no further than the New York Times opinion section. The paper actually published an editorial Monday morning that outright denied free speech applied to anyone who wasn’t a liberal. In his appalling article, “What ‘Snowflakes’ Get Right About Free Speech,” New York University professor Ulrich Baer argued that conservatives are simply wrong about what free speech means, and that protesters who censored conservative or otherwise “offensive” guest speakers were actually protecting free speech.

Baer begins his article by breaking down the modern understanding of free speech as “anything goes.” While Baer is not entirely wrong in the idea that certain situations do require limiting freedom of speech, (such as, yelling “Fire” in a crowded theater), that isn’t what Baer is arguing here. In a really bizarre way, Baer actually argues that by censoring speech the left finds offensive, they are doing a “public good” at restoring “freedom of speech”:

The idea of freedom of speech does not mean a blanket permission to say anything anybody thinks. It means balancing the inherent value of a given view with the obligation to ensure that other members of a given community can participate in discourse as fully recognized members of that community.

In other words, the left gets to judge which view is “inherently” worthy of being heard.

Baer then brings up everyone from Ben Carson, to Donald Trump, to American Enterprise Institute’s Charles Murray as examples of people who “invalidate the humanity of some people” and deserve to be censored.

Some topics, such as claims that some human beings are by definition inferior to others, or illegal or unworthy of legal standing, are not open to debate because such people cannot debate them on the same terms...When those views invalidate the humanity of some people, they restrict speech as a public good...In such cases there is no inherent value to be gained from debating them in public.

Like President Trump’s attacks on the liberal media as the “enemies of the American people,” his insults are meant to discredit and delegitimize whole groups as less worthy of participation in the public exchange of ideas.

Not only that, but the liberal, hissy-fit-throwing protesters at school campuses across the country are actually protectors of “free speech:”

The recent student demonstrations at Auburn against Spencer’s visit — as well as protests on other campuses against Charles Murray, Milo Yiannopoulos and others — should be understood as an attempt to ensure the conditions of free speech for a greater group of people, rather than censorship.

He praises the protesters for keeping a “vigilant” watch against the “dangers to our democracy” (ie: anyone they disagree with politically):

As a scholar of literature, history and politics, I am especially attuned to the next generation’s demands to revise existing definitions of free speech to accommodate previously delegitimized experiences. Freedom of expression is not an unchanging absolute. When its proponents forget that it requires the vigilant and continuing examination of its parameters, and instead invoke a pure model of free speech that has never existed, the dangers to our democracy are clear and present.

The best line comes at the end, however, when Baer praises liberal protesters of all stripes as the guardians of the very “soul of our republic.” Yikes.

We should thank the student protestors [sic], the activists in Black Lives Matter and other “overly sensitive” souls for keeping watch over the soul of our republic.