Does Joy Behar Actually Believe This Was the ‘Saddest Day in the History of the White House?’ 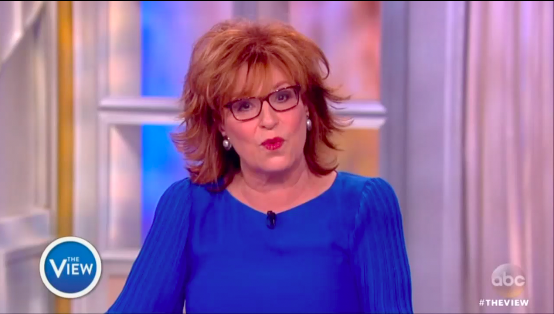 It must be a requirement on ABC’s The View that the hosts create scandals out of nonsense just to have something to whine about. As proof, Friday’s show began with host Joy Behar complaining about what she called the “saddest day in the history of the White House,” (and surprisingly she didn’t say it was the day Donald Trump was elected!)

The show started with the panel talking about the recent celebrity visit to the White House, Wednesday evening, where Trump hosted musicians Kid Rock, Ted Nugent, and former Alaska Governor Sarah Palin. At some point, the trio posed in front of a portrait of former First Lady and failed presidential candidate Hillary Clinton, hanging in the hallway.

They apparently took a couple of pictures, but the one that made Behar and Sunny Hostin’s blood boil was one where Nugent and Palin have skeptical expressions on their face and Nugent’s thumb is raised up. The picture really doesn’t seem to convey any clear expression of disrespect (it’s not as if they were flipping the bird or anything) but somehow the tepid picture raised the ire of Behar who then cracked:

BEHAR: Kid Rock, Ted Nugent and Sarah Palin, kinda giving the thumb, but you know what they wanted to do to Hillary Clinton. So is this the saddest day in the history of White House since the British burned it to the ground in 1814?

Hostin agreed, saying, “I think so!” before complaining about how disrespectful it was to mock a former First Lady.

I seem to remember something that happened in the Oval Office during Bill Clinton’s presidency that was just *slightly* worse than this, but that’s The View’s selective memory for you.