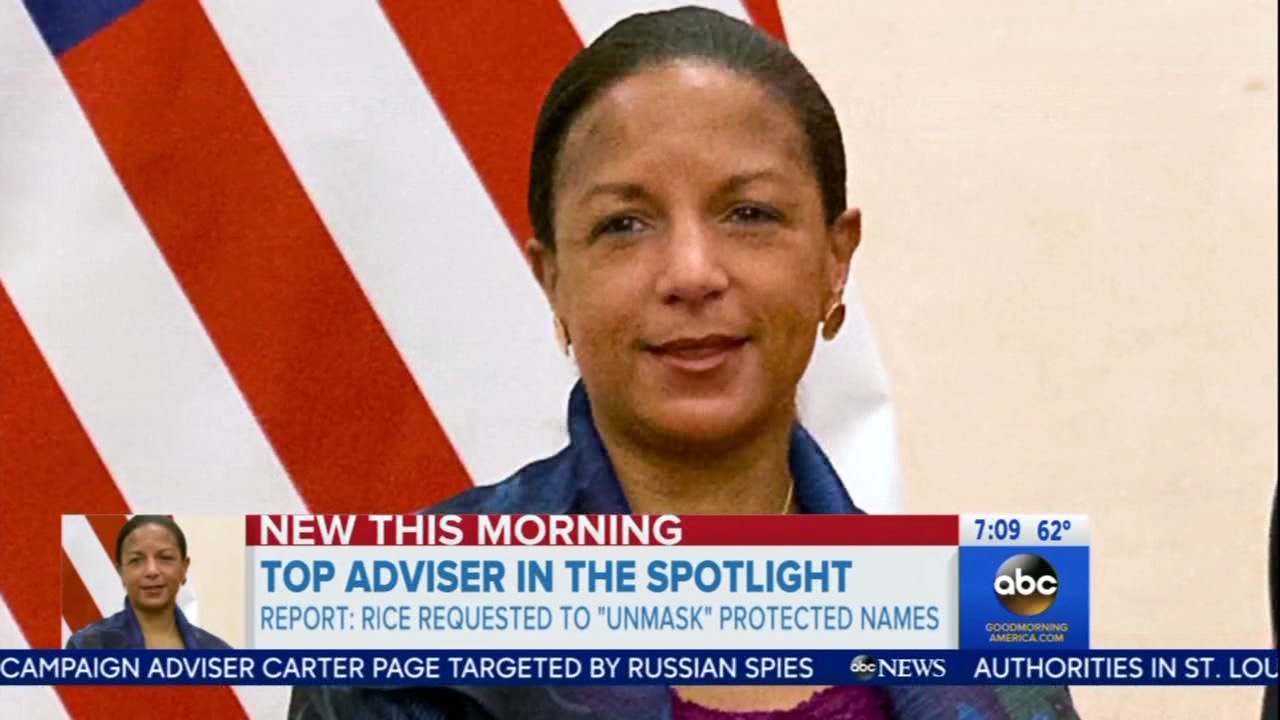 On ABC’s Good Morning America, White House correspondent Cecilia Vega didn’t even pretend to report the new development objectively. After anchor Amy Robach noted the uproar among conservatives to the report, Vega agreed, noting some were calling it “the smoking gun.” But Vega quickly shot down this argument, saying “It is not that.”

Definitely so. In fact, some of president’s conservatives allies are applauding this, they are calling this the smoking gun, that proves his wiretapping claims. It is not that Amy. A former aide close to Rice doesn't deny that she did, in fact, seek out these names but they say she did nothing illegal or nothing out of the purview of her job. Her former job as national security advisor, Amy.

Just like ABC, NBC also relied on an unnamed source to defend Rice.

White House correspondent Kristen Welker’s report on Today downplayed the news, passively connecting Rice to the report, and arguing it was “common practice” for security officials to do what she did.

Separately, Obama National Security Advisor Susan Rice is in the spotlight this morning amid reports she requested the identities of U.S. citizens in intelligence reports. That wound up connecting to some of Donald Trump's transition and campaign officials. Trump administration says Rice crossed the line by doing it. Now Rice hasn’t commented publicly, but former Obama officials are pushing back and argue it is common practice to seek identities in the course of trying to understand intelligence reports.

As National Security Advisor it was within Rice's authority to request the unmasking of names. However, the source said Rice did not ask that the names be distributed through the intelligence community. As members of the Trump White house continue to allege.

While spending an entire month endlessly criticizing Donald Trump for his allegations that President Obama wiretapped Trump Tower each network spent less than a minute reporting this latest development which supports the idea the Obama Administration was secretly gathering intelligence on the Trump team.