'The View' Freaks Out Over ‘Horrendous’ ‘Horrific’ Budget Cuts 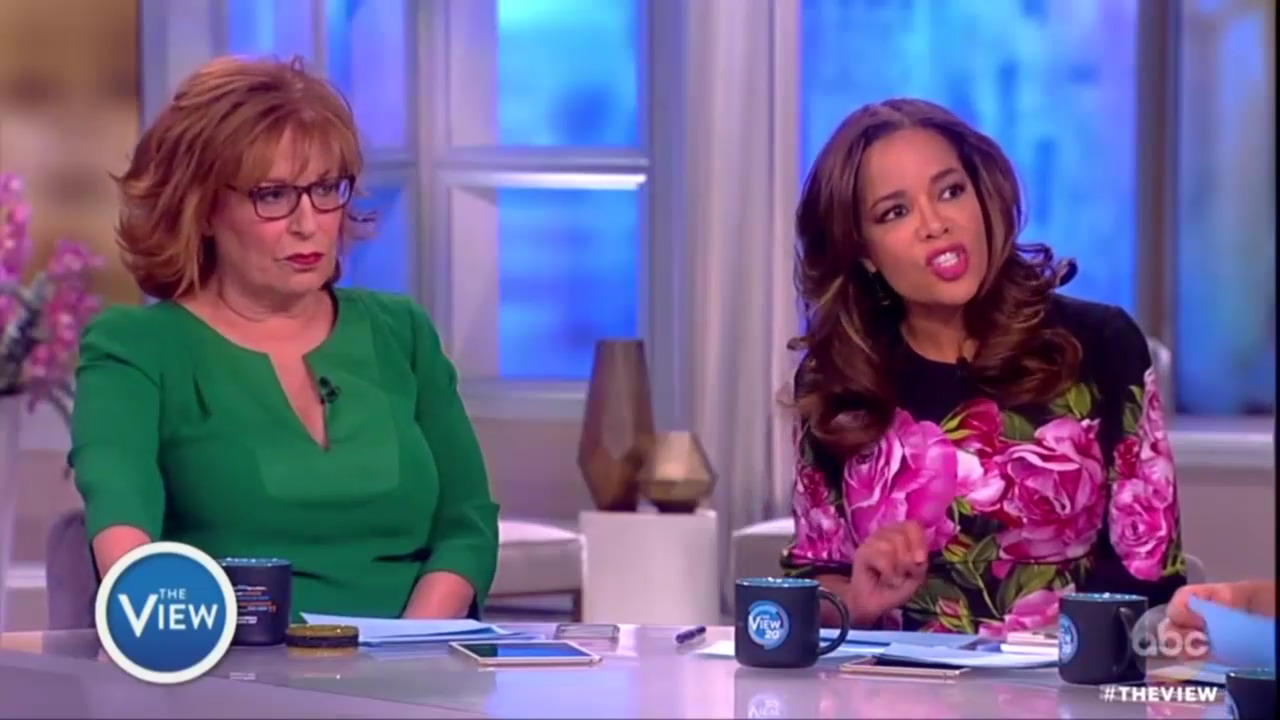 Friday on ABC’s The View, the show immediately began by lamenting loudly over the proposed 2018 budget, released Thursday. Host Joy Behar complained that she couldn’t wait to bring up the topic because it was “so horrific and so horrendous”:

BEHAR: I can't help it. It's so horrific and so horrendous. Just when you thought it was safe to stop talking about Trump he unleashes his budget on us. He wants to cut clean water. He wants to stop helping old people and public education so we can all be as dumb as he is!

She added, “I'm possessed today. We're in an emergency in this country,” before laughably encouraging Trump voters to read the New York Times:

BEHAR: People need to get with the program. A lot of Trump voters need to start reading the New York Times and see what he's doing to you, okay?

After playing the clip from the press conference Thursday afternoon, Behar asked the panel “what the most horrific part” of the budget was. Host Sunny Hostin obliged by ranting about the entire thing before getting into a heated argument with fellow host Jedediah Bila over the cuts to Meals on Wheels.

Bila defended the cuts citing the massive deficit. Hostin and Behar then proposed a brilliant alternative never brought up by Democrats before: More taxes on the rich!

BEHAR: How about raising taxes on the high earners?

Bila shot back, “You can’t tax your way out of it!” Adding, “eventually you run out of other people’s money,” she quoted Margaret Thatcher.

“The billionaires are not putting their fair share in,” Hostin argued repeatedly.

BILA: They pay 50% of their income on taxes!

HOSTIN: No they don’t! They use the AMT (alternative minimum tax) to evade taxes.

First of all, both are wrong about the tax rates on billionaires, though Hostin is more off than Bila. According to the 2016 tax brackets provided by the IRS, for someone who makes one billion dollars, 40% of their income is paid in taxes to the IRS. On top of that, Hostin got it very wrong on the Alternative Minimum Tax. It is not something that helps billionaires evade their taxes; it is an additional burden the IRS puts on the wealthy so they have to pay more than what they already pay in taxes. The tax hike designed by Democrats, however, is not perfect and frequently affects middle class taxpayers, which is the primary reason Republicans have long argued, it should be repealed.

A basic googling or supposed “fact-check” from ABC News would’ve corrected the panel on this point, but that didn't happen.

The argument continued between Hostin and Bila. Bila brought up that nearly 97% of funding for Meals on Wheels comes from private contributions, not the government, but Hostin refused to concede that point.

BILA: He's not going to cut that.

HOSTIN: Fed her every day!

HOSTIN: It's not a talking point. When you look at Meals on Wheels that helped our seniors, helped people like my grandmother, bottom line is talk to the people that that 3.3% is going to affect.

BILA: All I'm saying is -- No, I'm agreeing with you that the program is significant. What I'm saying is 3.3% of its funding comes from the government. So even if he cuts it, you're going to have private citizens as they often do come in, corporations we value that -

Host Sara Haines agreed with Bila, arguing that this cut would not cut Meals on Wheels directly, but was a cut to a federal block grant that some states used for programs like Meals on Wheels, Hostin wouldn’t listen, repeating like a drone, “It is being cut. It is being cut by 3.3%!”

Behar added to the intelligent discussion, asking about the EPA cuts, “Don’t you like to drink clean water?” before they thankfully went to a commercial break.