On Women's Day, Actress Proudly Admits Her Morality Comes From Her Genitals 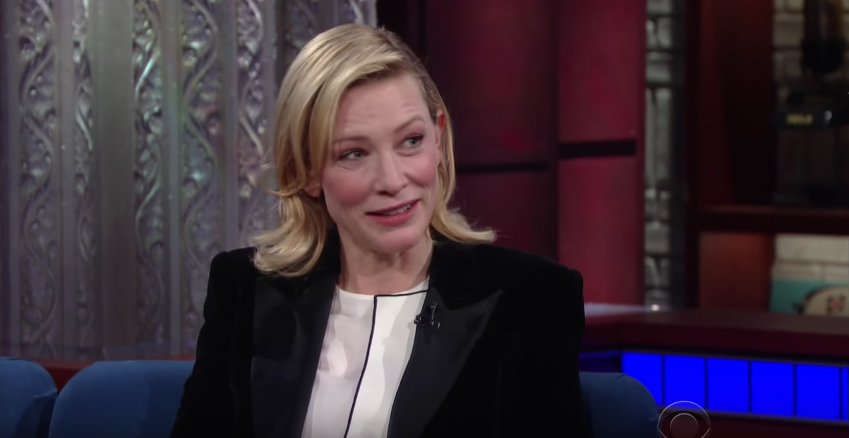 On International Women’s Day, feminists are here to remind you that their morality is primarily driven from their genitals. Liberal actress Cate Blanchett proudly told Late Show host Stephen Colbert as much, on his March 3 show.

While discussing the Australian actress’s new role on Broadway, Colbert asked Blanchett why the play “reminds” her of “things that are happening in the world right now.”

She responded that the play is set in the 1990s “when Putin was rising in power,” “which seems particularly relevant to what’s going on in the country right now,” she explained.

“So it’s all about as you move forward in life, what’s your moral compass, where does kindness and humanity sit in a really brutal world?” she said.

After this, Colbert asked Blanchett where her “moral compass” or her “kindness” and “humanity” derived from. “Those are important questions to ask,” Colbert intoned.

While most people would cite God or their faith or maybe their upbringing, Blanchett strangely gave credit instead to her genitals.

“In my vagina!” she said, motioning to her lap with her hands. The audience erupted in applause while the camera panned to an amused Colbert. He then shook her hand in approval. “That takes care of my next two questions,” the host joked.

The Huffington Post hailed the statement as “another reason to love” the actress.

But the Weekly Standard’s Mark Hemingway rightly noted how outrageous this comment would’ve been seen if it had been said by a man:

Trying to imagine the reaction to a male celebrity saying, "Hey, I just go where my penis leads me." https://t.co/1NQiw14MIP