Hostin to Hollywood: Use Oscars Stage for ‘Social Justice’

Friday on the View, the panel talked about the Oscars and whether or not it was a good idea to make a political speech from the stage. Liberal hosts Joy Behar and Sunny Hostin pounced on the notion, saying the Oscars was the opportune moment for actors to be political, while Jedediah Bila blasted the move as alienating viewers with different beliefs.

Joy Behar began the segment by snarking, “If ever there was a year to make a political statement during a speech, it’s this one.” She continued:

BEHAR: But 66% of Trump supporters say they'll change the channel if that happens. 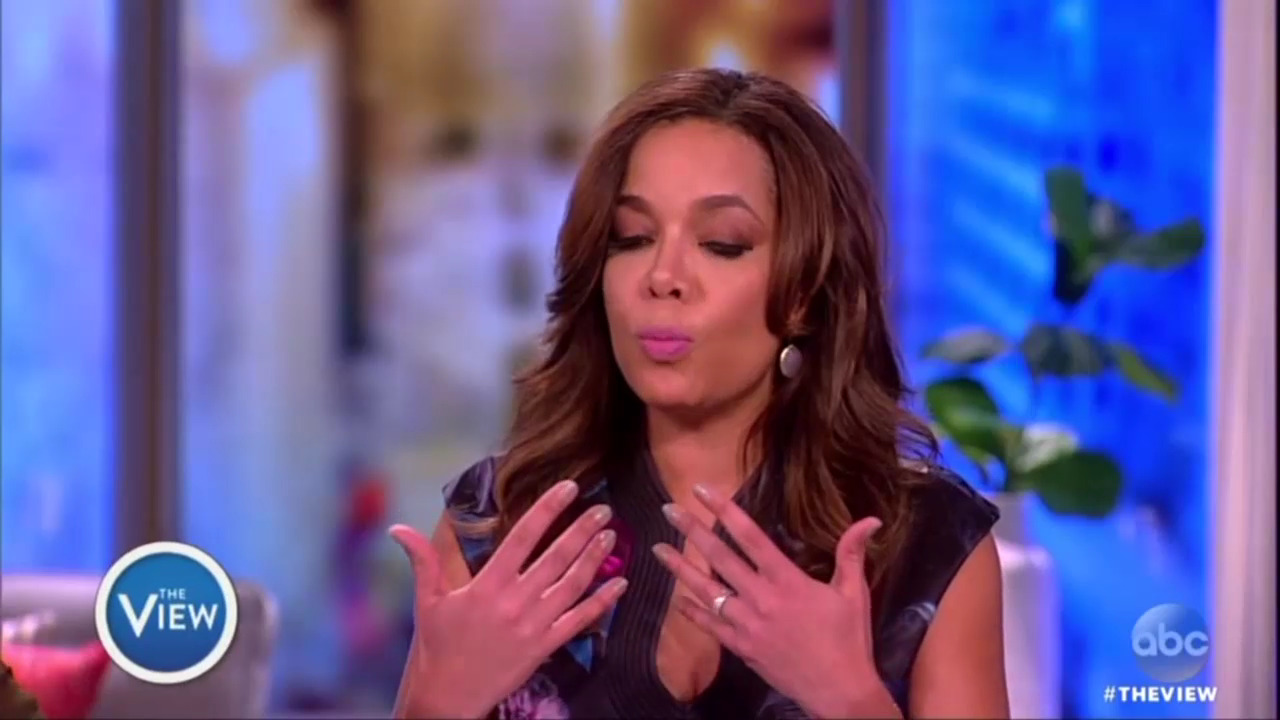 Behar went on to describe actor Marlon Brando “trashing Hollywood” for the way Native Americans were portrayed in movies, at one Academy Awards show. Co-host Sunny Hostin gushed over the “incredible” moment, before urging actors to use their “significant platform” for “social justice:”

Co-host Jedediah Bila jumped in to argue that Hollywood lacked diversity of thought, and it’s the same liberal viewpoint, over and over again.

Hostin tried to cite examples of Republican actors but could only come up with Scott Baio and Jon Voight, two actors who have not made political speeches from the Academy Awards stage.

BILA: It's not like you have a diversity of thought that's expressed there. If you had one actor get up and say one thing and another actor--

BILA: That's not going to happen.

HOWIE MANDEL: He's up for an Academy Award?

BILA: I've never seen an award show in Hollywood and sat back and been like, “Wow, they're advocating for a right wing cause. That’s so interesting.”

BILA: Out loud? At an awards show?

Joy Behar then ranted that if she had to be “subjected to Donald Trump” then she should be able to listen to other “celebrities'” political speeches.

BEHAR: I'm subjected to Donald Trump, the biggest celebrity in the world, I have to listen to his baloney every minute. I want to hear from some other celebrities. [ Cheers and applause ]

Guest Howie Mandel added, that America was wonderful because anyone could speak up, wherever they wanted. He then joked that the Oscar stage isn’t a sacred place so it shouldn’t matter if actors stand up and give their view.

HOWIE MANDEL: One thing is I think that America is wonderful because we can speak up wherever, whatever the platform. What I don't understand is when people say that is not the platform. So much -- it's like hallowed ground. I remember when Michael Moore spoke -- said something at the Oscars. My mom said can you imagine, he did it there. And I’m going, there? Think about what it is. They're giving out little statues for people who pretend. You know, it just really -- what is acting, really? How important is that night that somebody can't get up and just give their view.

But Bila pushed back, arguing it was about Hollywood bullying viewers at home for their differing beliefs.

BILA: Because people at home, I'm telling you, there are people at home who love those actors and love those films but feel very marginalized when it’s like, Your views are wrong by the way, and this is the right way to think. They say, I love your movie and I love you as an actress but I don't want to be made to feel bad about my views.

[cross-talk]
BEHAR: Too bad about you not wanting to hear it! I’m going to say it anyway!