CBS’ Dickerson: Trump Not to Blame for Ruining Credibility With Public 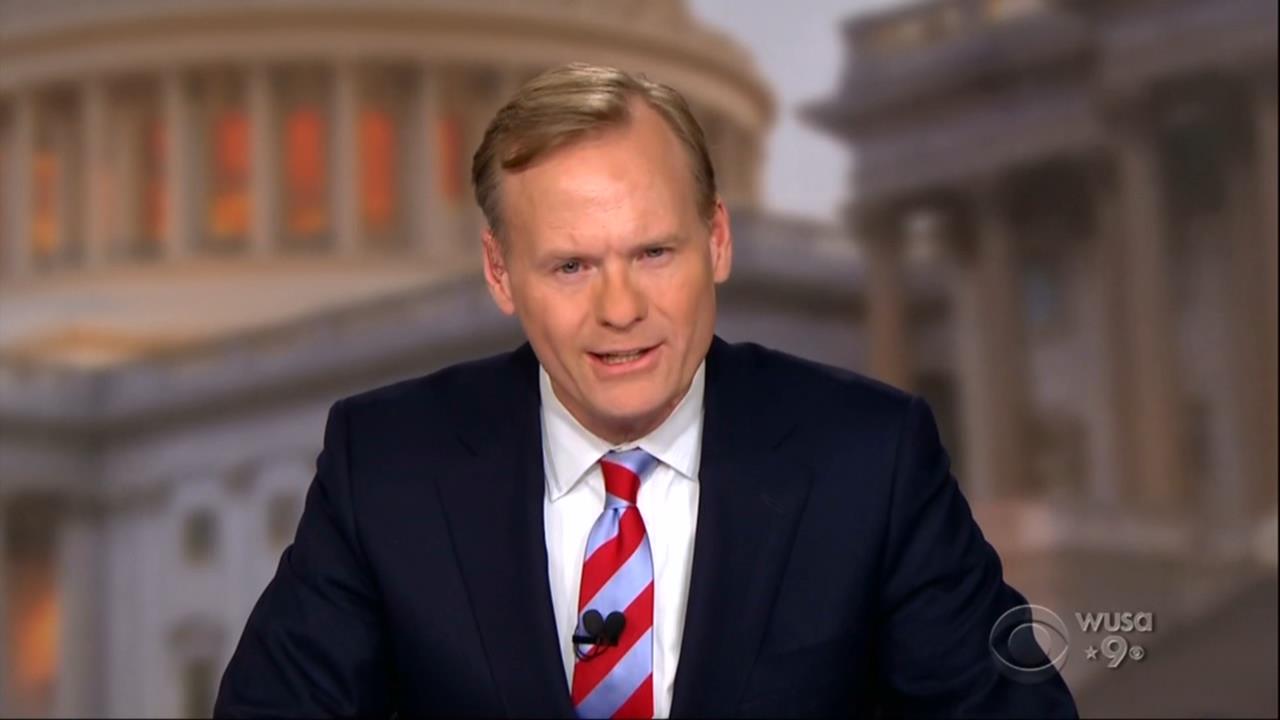 Friday morning on Hugh Hewitt’s radio show, CBS’ Face the Nation anchor John Dickerson appeared to talk about the latest cabinet picks and Thursday’s presidential press conference. In the discussion, Hewitt asked Dickerson what he felt about the public’s fledgling perception of the press, and who was to blame for it. Surprisingly, Dickerson didn’t put the blame on the president, as the majority of the media have done.

The interview began with the radio host and news anchor talking about media “alarmism.” Hewitt brought up the media’s little coverage of Trump visiting a Boeing plant today that Obama avoided for his whole two terms vs. the “noise” surrounding the press conference, Gorsuch nomination and Russia. “I keep trying to focus on the signal, not the noise of the press conference,” Hewitt began before criticizing the “media hand-wringing.”

HEWITT: The media hand-wringing is getting to me John. It’s just too much alarmism

DICKERSON: [laughs] I’m thinking that was a short trip for you, Hugh. I agree with you to a point. You’re absolutely right. Focus on the big things.

Although, Dickerson added, he wished Trump had been more forthcoming about the Flynn resignation, and other topics where he gave “misinformation to the public.” Hewitt told Dickerson that after the media had let President Obama off the hook for eight years on his various scandals, complaining about Trump’s truthfulness doesn’t ring as genuine to the public.

HEWITT: But my frustration, John, is that for eight years, I wanted the press to press President Obama on things like the JVs, the red line, leading from behind, Aleppo, and they didn’t. And in the first month, they’re pressing Trump, and they’re upset that he’s not saying, you just said, I wish he would say this. He doesn’t say things that Manhattan-Beltway media elites want him to say.

After listing these scandals from the Obama administration that the media didn’t cover, Hewitt asked Dickerson again if he thought Trump’s scolding of the press yesterday was deserved. Dickerson surprisingly responded, “Yes it’s true,” even conceding that the press ruined it’s own reputation all “on it’s own.”

HEWITT: But that one comment, they don’t trust you anymore, is a summation of where we are in America, because I really do think Manhattan-Beltway elites have lost the country. They’ve lost it. There’s just no confidence in, I’m not going to say us, because I am neither in nor of the Beltway-Manhattan media elite. I live in California still. But what do you think of that? Is it true?

DICKERSON: Well, yes. I mean, yes, it’s true, and it’s not because of anything obviously Donald Trump did. The press did all that good work ruining its reputation on its own, and we can have a long conversation about what created that. Part of it, though, is what you mentioned about the local weather report, which is to say a lot of hysterical coverage about every little last thing that doesn’t warrant it. Having said that, it doesn’t mean, and in fact, it most explicitly does not mean that the press just throws out the standards.