Dunham: Feminists Have 'Work to Do' 'Enlightening' White Women Who Voted for Trump 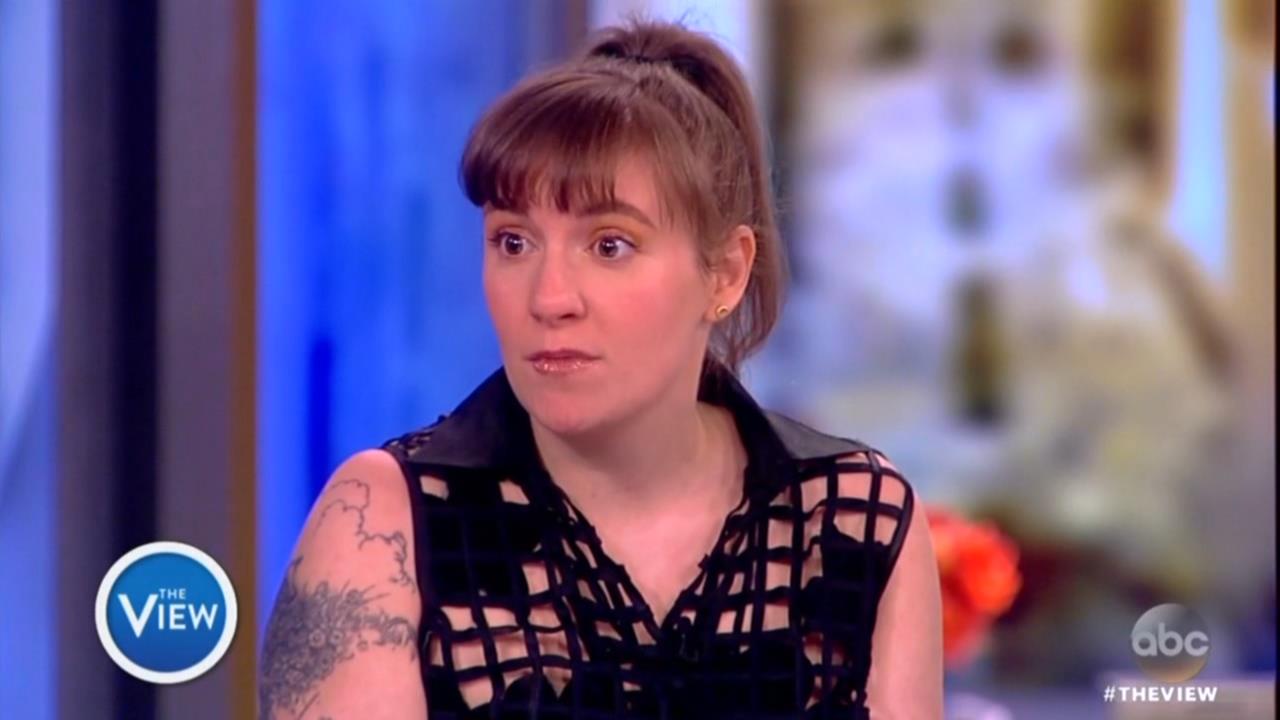 Friday’s The View was even more unbearable to watch with the addition of feminist exhibitionist Lena Dunham to the panel. Of course Dunham talked about the election but not without condescendingly lecturing to the “white women” who voted for Trump to listen to their feminist elders who know better. Dunham also bashed these women as selfish and implied they had abusive male family members who made them tolerate Trump’s comments about women.

After host Jedediah Bila asked Dunham what her message to Trump voting women was, Dunham responded by explaining that these women were like rebellious “teenagers” and feminists like herself, were there to discipline them with the truth. If that wasn’t nauseating enough, Dunham condemned these women for only thinking of themselves when voting:

DUNHAM: I think it's really important to remember that it is an incredible problem that 53% of women in this country -- 53% of white women in this country voted for Donald Trump which means that they're not only voting against the interests of their sisters, of women who may not look like them, who they may not understand but whose rights are just as important, but also remember that they are in that case voting against their own best interest. To me a part of feminism -- it's almost like being a parent to a teenager where they're so mad at you, they think you're such a piece of crap and you're like, I know you hate me right now but the reason I'm doing this is because I love you and I want us all to be safe.

Host Joy Behar then actually defended these women, by citing their economic concerns:

BEHAR: But those women to their defense believe he's going to bring back jobs, a lot of them, because they're voting for their husbands and their family. How do you respond to that?

Dunham of course, couldn’t get outside her own elitist liberal bubble, so she again tried out the guilt-trip:

DUNHAM: I think what's really hard, obviously it pains me as a caucasian women to think about how many women didn't think about women who looked different or had different life experiences than them. They didn't look outside their own back yard when they made the choice to vote for Donald Trump.

Surprisingly, Behar called her out again for not really answering the question, and Faris jumped in too. At that point, Dunham snarkily called them out for “interrupting her” by saying:

DUNHAM : I'm sorry to interrupt you. I was raised not to do that.

FARIS: No, no no [apologetically] I’m sorry. I actually interrupted you. I’m sorry.

Given the chance to address these points, Dunham didn’t take the opportunity for nuance but instead decided to insult women who didn’t think like her even more forcefully. She condescendingly implied that she had “sympathy” for women who voted for Trump because they probably had abusive fathers, brothers or husbands and so they were “used to” being talked down to:

DUNHAM: I think it's really important--Of course I understand what you're saying. I also think it's really important to understand so many women aren't raised with the rhetoric of self-empowerment. The messages they're hearing from Donald Trump may be similar to the messages they've always heard from their fathers, from their brothers, from their husbands. They haven't been given the message that they do matter. And so, while I think we have an incredible amount of work to do with enlightening those women, I also have sympathy for the societal structures that keep them from understanding what they need to keep themselves safe.

If that segment wasn’t bad enough, the interview began with Dunham talking about her “grabbed pussy” Halloween costume and being “horribly triggered” by the election. She tag-teamed with Joy Behar to mock Trump’s lack of self-awareness and bullying tactics, in a complete display of their own lack of self-awareness.

DUNHAM: He's so full of hateful rhetoric, his policies are so ridiculous. Why don't we use our brains and smarts and gather around and talk about that and not stoop of the level of the cabinet.

BEHAR: What do you think about that, an actual on the premises psychotherapist?

DUNHAM: [W]e've all been told that narcissistic personality disorder cannot be cured.

BEHAR: He wouldn't be able to say there's something wrong with me, there’s something I need to fix.

DUNHAM: I don't see a lot of self-reflection.