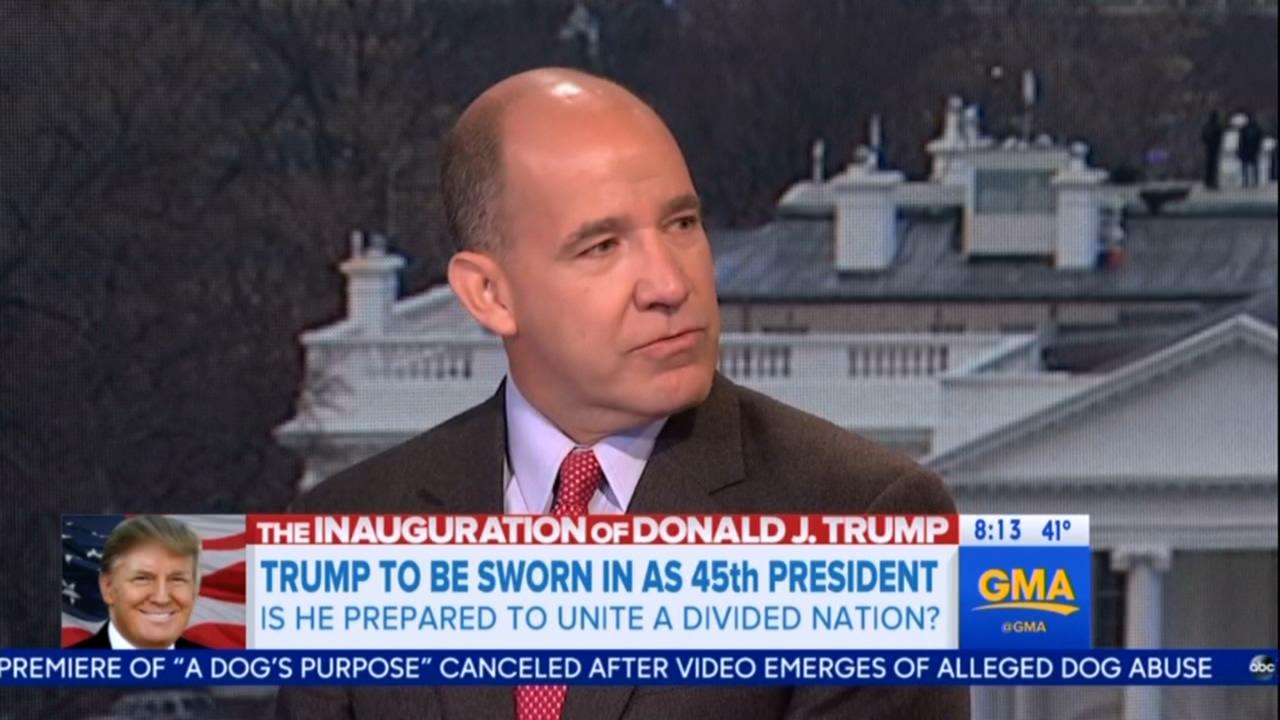 On the morning of Barack Obama’s first inauguration in 2009, ABC’s Good Morning America team called it, “A new dawn...fueled by hope and the shared dreams of a renewed America.” But on the morning of Donald Trump’s inauguration, ABC didn’t have the same rosy outlook. Instead of the utopia they predicted would happen under Obama, today ABC claimed the country was going back to the start of the Civil War.

During the 8:00 hour, Robin Roberts asked ABC’s Chief Political Analyst Matthew Dowd what he “expected to hear” from Donald Trump today. Instead of the gushy response about hope and unity that ABC relayed during Obama’s inauguration, Dowd compared today to a divided America at war with eachother:

DOWD: Well, I think we're obviously in unprecedented times with a lot of things that happened unexpectedly including election day for most people in the country. I am struck by where the country is today which to me it's much more akin to where we were in 1861 and how divided the country is. I think that the weight on Donald Trump today is how do you bridge or attempt to bridge some of those divides. There's many people that don't want -- didn't want him that don't expect him to and there are many people that do want him that don't care or not. I remember George W. Bush felt that in the aftermath of his election and he did everything he possibly could to try to unify the country.