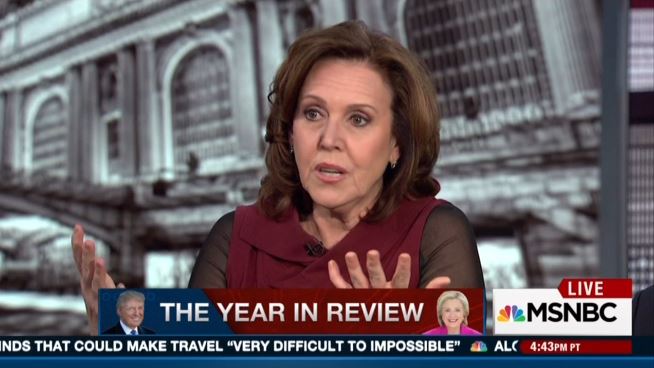 On Thursday night’s Hardball on MSNBC, The Nation’s Joan Walsh questioned if the parents who spoke at the RNC actually lost their children due to illegal immigrant violence. During the segment with host Joy Reid, the two commiserated on how awful the “really dark, dystopic mess” the RNC was before Walsh tried to throw the victim’s parents under the bus.

JOAN WALSH: And I remember thinking, and I think, saying to you, in Cleveland, it was a hot mess and it was a really dark, dystopic mess, you know? It was not morning in America, anymore. It was midnight or, you know —

REID: It was called the Midnight in America speech.

WALSH: Right. It was really designed to scare you. You had people who had lost their children to allegedly to illegal — violence by illegal immigrants and it was really, really just kind of scary and creepy and I really — again, I missed a lot last year, I've got to admit it. I felt that this was going to bode really poorly for them, but that message carried.

There is no reason for Walsh to add in an “allegedly” because these stories have been reported on and verified as accurate a long ago. When even liberal fact-checking website Politifact can’t dispute the fact that yes, the victims in question were killed by illegal immigrants, you know Walsh has no ground left to stand on.

But Walsh has previously admitted that she “doesn’t know any liberals upset about illegal immigration.” Maybe she should get out of her liberal bubble once in awhile.

H/T to Curtis Houck for catching this last night