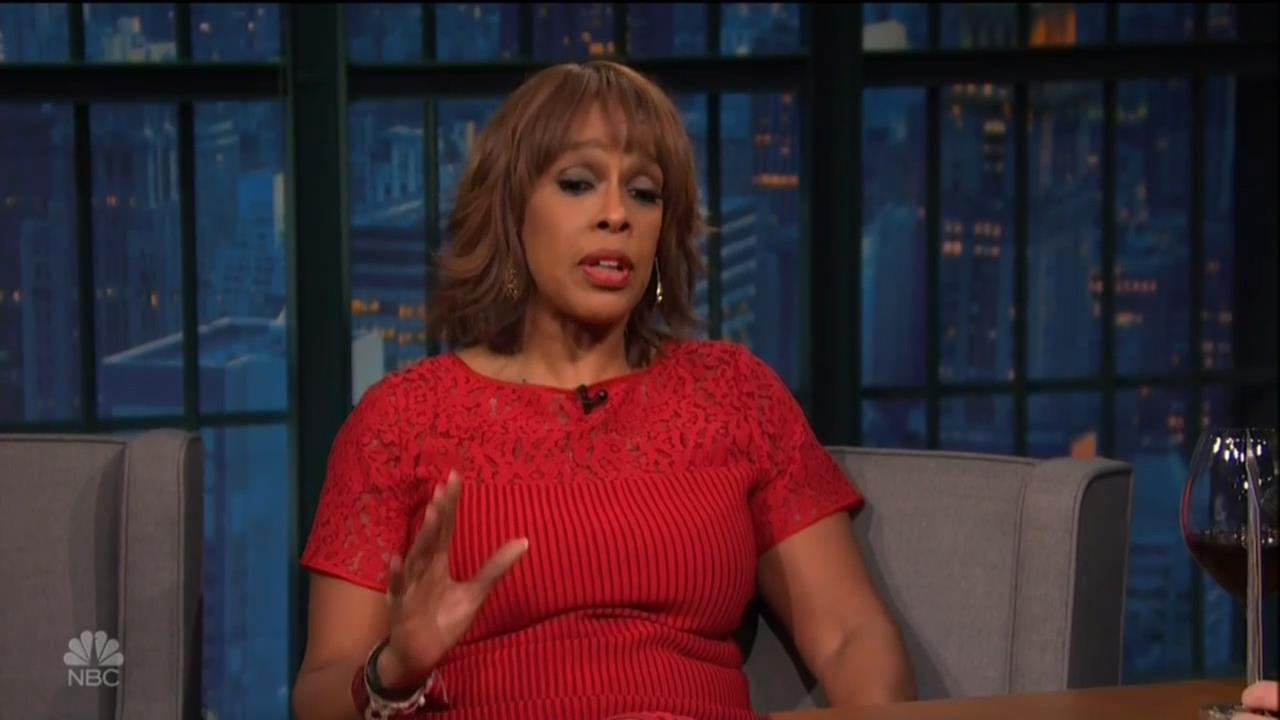 During an appearance on Late Night with Seth Meyers early Wednesday morning, CBS This Morning anchor Gayle King expressed surprise at being called the “dishonest media.” Meyers asked King about the news network's meeting with Donald Trump on Monday morning, where Trump reportedly called the journalists from each of the major networks in attendance, the “dishonest media.” King said the characterization made her “uncomfortable” but she felt that Trump wasn’t talking about her network.

“When he went hard--it’s been reported on--by some people that were there, the whole time I never thought, ‘He’s talking to us at CBS.’ I never did feel that. Yet it’s uncomfortable when you’re in a room, that way, and there’s a slapdown going on.”

“That is uncomfortable but I never thought he was talking to us,” she stressed.

If King honestly looks back at her own previous reporting, maybe she could see why Trump would lump CBS in with the biased media. Like when she and co-host Norah O’Donnell touted Clinton’s “moment” during her DNC speech that people were “really psyched about.”

Or on election night when she freaked out over Trump winning with working, educated women in Florida asking co-anchor Charlie Rose, “How do we explain this is possible?!” Or when King appeared baffled at the notion that Clinton lost because she was not a “good candidate,” touting Clinton as the “most qualified candidate ever.” Or maybe when her network displayed a double standard when interviewing surrogates from each side of the aisle, grilling Mike Pence while giving Tim Kaine easy questions.