The View Denies, Then Justifies Violence from the Left; 'It's a Response You're Going to Get' 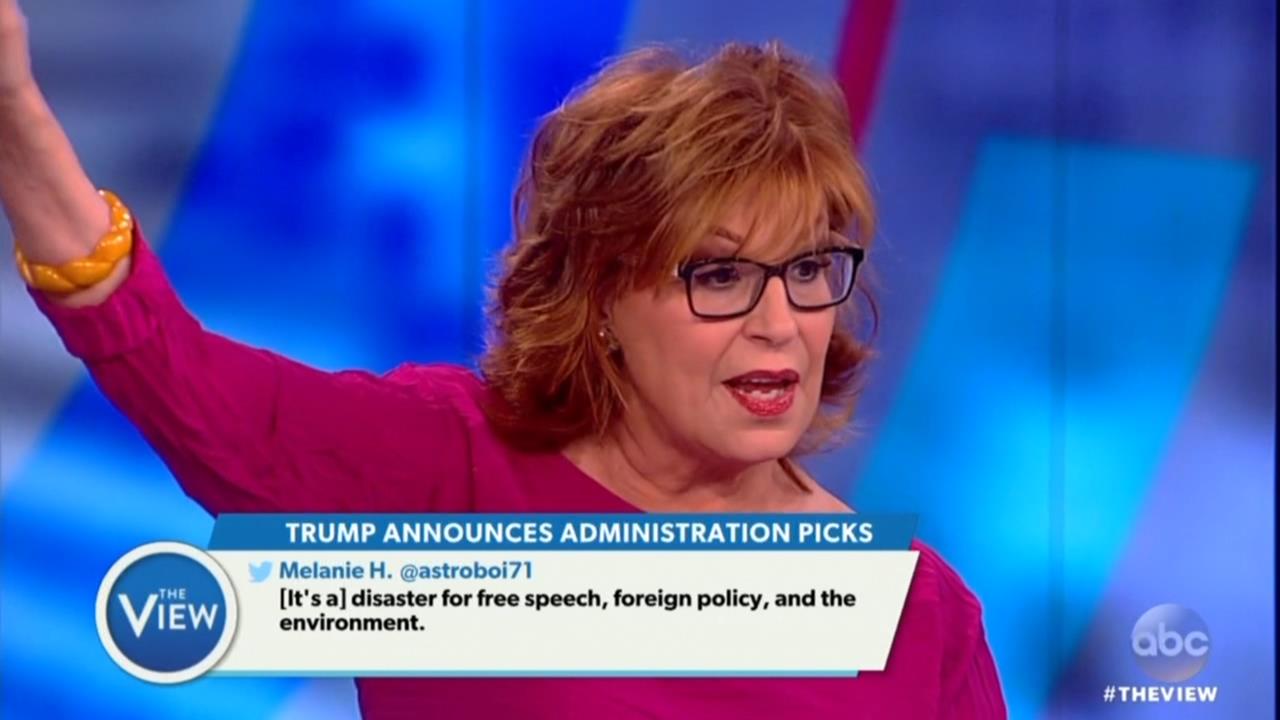 Friday morning’s The View started off with the mostly liberal panel having a meltdown over the announcement of Trump choosing retired General Michael Flynn and Alabama’s Senator Jeff Sessions for White House positions. Whoopi Goldberg complained that Sessions and the right wanted to bring back slavery and to deport Muslim Americans. Sunny Hostin then claimed that violence was only coming from the right, while Whoopi and Behar conceded there was violence from the left but it was deserved and provoked. “People better not sit back and just take it,” Behar lamented. “They [Republicans] started it,” she stated before justifying the violence as “[A] response you’re going to get.”

After the panel complained about how hostile and hateful the right was, Paula Faris brought up how there was actually a lot of violence coming from the left directed towards Trump supporters or even just perceived supporters of Trump. Sunny Hostin jumped in to deny that there was any legitimate violence coming from the left, claiming it was mostly the right causing violence.

SUNNY HOSTIN: To your point, Paula. I -- I -- I disagree that we're seeing it on both sides.

I think too many people are saying that. I think there’s this a false equivalency. You see protesting.

HOSTIN: 99% though. That’s the honest to goodness truth.

Whoopi Goldberg agreed with Hostin, scoffing, “It’s not on both sides. We're not beating up white people,” which earned her a round of applause.

While Hostin preferred to stick her head in the sand and pretend that lefty violence wasn’t happening and it was simply “peaceful protests,” Behar and Whoopi were shockingly okay with violence against Trump supporters.

After Faris brought up attacks against individuals in Washington and New York, Behar responded, “It's a response you're going to get,” before adding:

BEHAR: For a whole year, we have been -- we've been listening to the racist rhetoric. Now people are angry. They started it. If someone hits you in the face and you hit them back, who started that.

Behar also lamented that the country was being overtaken by Republicans and people “better not sit back and just take it.”

Whoopi backed up Hostin’s claim that the left wasn’t causing violence, but it was OK if they did.

WHOOPI: It's not really on both sides. People have been attacked and that's why they're responding. That's a lot of what is going on.