Cokie Roberts: We Would've Been Talking About Clinton, WikiLeaks, If Not For Trump 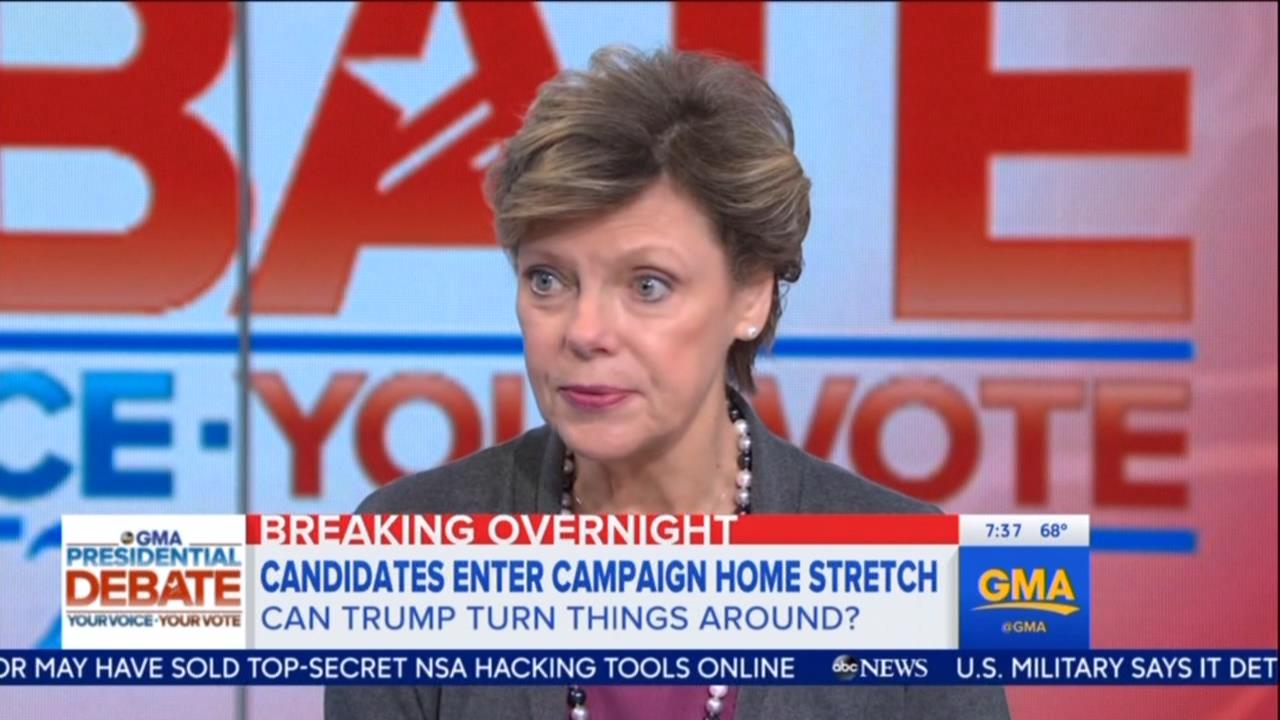 During Thursday morning’s debate analysis on ABC, Cokie Roberts explained that the media just doesn’t have time to spend on Clinton’s scandals because they’re too busy covering Trump’s. The longtime political analyst for ABC and NPR admitted that the media “would have otherwise” been talking about Clinton, except that those stories “kept being pushed out of the top of the news” by Trump’s sexual assault accusations and lewd comments on tape.

After analyst Matthew Dowd stated that Clinton won all three debates, “overwhelmingly” in the final one, he emphasised, Donald Trump “has to catch up” to Hillary but she’s too far ahead of him to do so, he stated. Roberts then jumped in to explain that Trump’s poor debate performance can’t be the only reason he was behind Clinton. “A few other things did happen,” she stated, “other than the debate.” Roberts insinuated that people cared more about Trump’s scandals then Clinton’s when she admitted, “We would have otherwise had a lot of stories about Hillary Clinton than those WikiLeaks, but they kept being pushed out of the top of the news by his [Trump’s] women,” Roberts admitted on Good Morning America, Thursday.

COKIE ROBERTS: [I]mean, we did have that tape, the infamous tape and then the women. So he has had a whole series of hits against him and those have been the stories, I mean, you know, we would have otherwise had a lot of stories about Hillary Clinton than those WikiLeaks, but they kept being pushed out of the top of the news by his women and including putting his wife on television when it was starting to die down.

This isn’t the first time networks have acted like their hands were tied behind their backs and they didn’t control the news cycle. In August, CBS’s Nancy Cordes gave a similar confession:

CORDES: Charlie, ordinarily this would have been a challenging week for the Clinton campaign. you had several DNC officials resign, more fallout from the hacking controversy, and Clinton's honesty over her e-mails was called into question yet again after an interview she did with Fox...But the sheer number of unorthodox comments made by Trump just this week has really been a boon to the Clinton campaign.