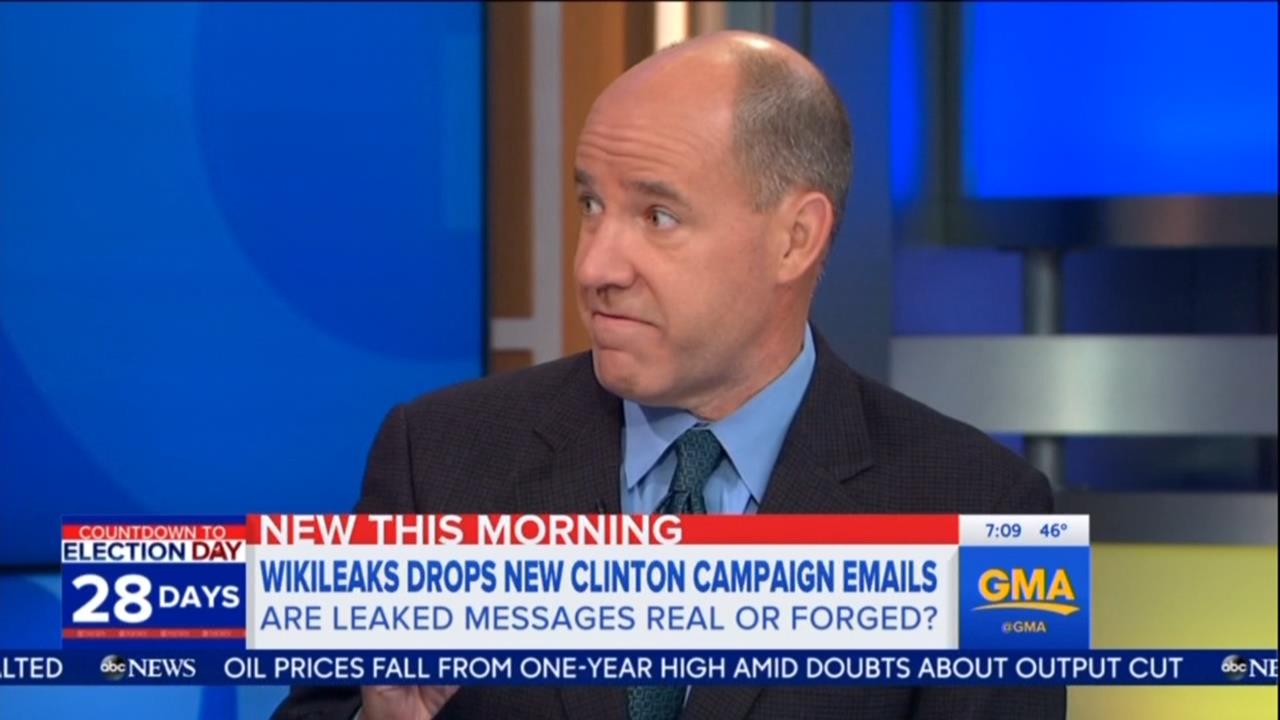 On Tuesday’s Good Morning America, ABC analyst Matthew Dowd blamed “conservative talk radio” for Hillary’s lead in the polls. After anchor George Stephanopoulos asked Dowd if Trump would continue bringing up Bill Clinton’s accusers in this “scorched earth approach,” Dowd responded that Trump was getting his cues from talk radio and that was hurting him in the polls.

“He’s running the campaign they want to run and what it’s doing,” Dowd stated, is giving him “a double-digit deficit.”

STEPHANOPOULOS: We heard from Donald Trump on the stump last night. He's going to continue with this basic scorched Earth approach.

But Trump wasn’t the only candidate with leaked confidential information released. Earlier in the segment, Stephanopoulos and Dowd downplayed the recent Wikileaks report showing Clinton campaign chairman John Podesta badmouthing Chelsea Clinton as a “spoiled brat” with “no direction.” Dowd said these leaks didn’t “fundamentally hurt Hillary Clinton” but the attempts to discredit Clinton actually played worse for Trump, because the American people “dont like” leaks, (er, at least when it comes to Clinton?)

“What the WikiLeaks have done is basically revealed to many Americans how hot dogs are made. They don't like it. It's reduced confidence in the institutions as a whole,” Dowd remarked. “Hasn't fundamentally hurt Hillary Clinton or her campaign in this but it’s basically made people say I can't trust anything coming out of Washington,” he stated.