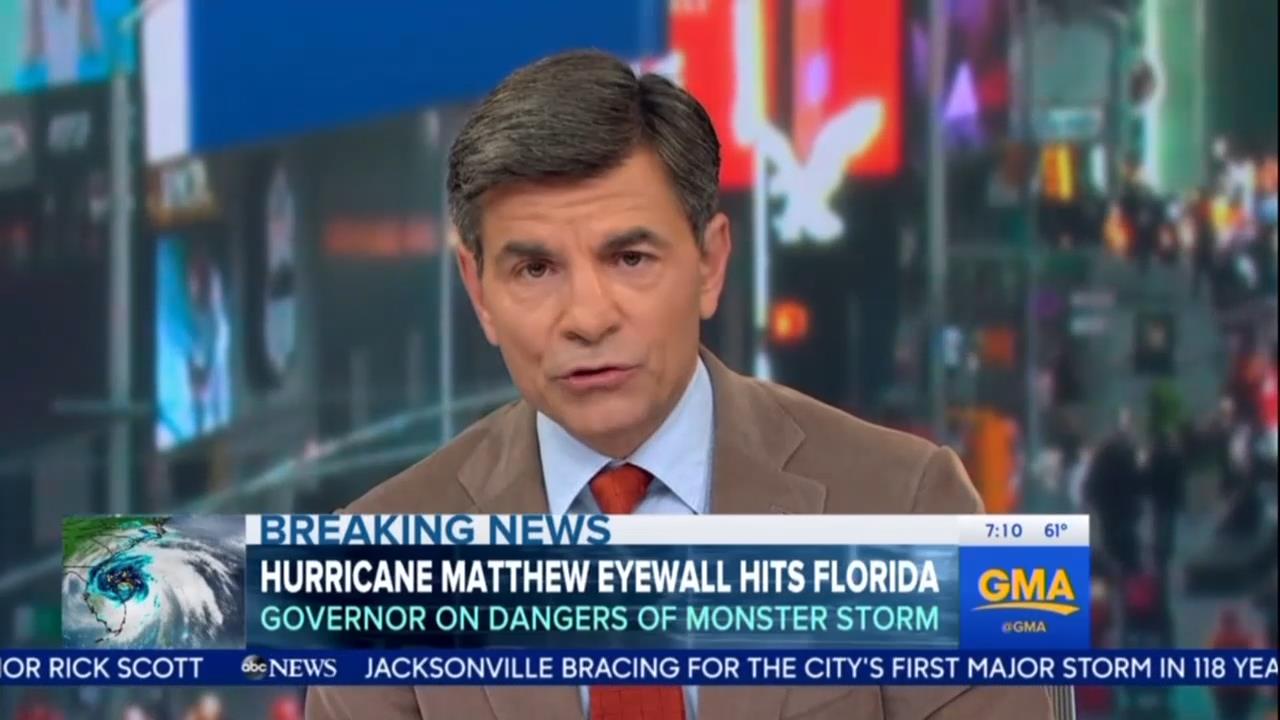 While safety is typically one’s top concern when facing a natural disaster, apparently partisan politics should be more important, to ABC. Former Bill Clinton staffer turned news anchor George Stephanopoulos turned a interview with Republican Governor of Florida Rick Scott about Hurricane Matthew into an argument for Hillary Friday morning on Good Morning America, when he badgered Scott to let Florida voters continue registering beyond the deadline, because of the hurricane.

Hurricane Matthew dominated the morning news coverage on ABC this morning with reporters highlighting how unsafe it was for Floridians right now and noting Gov. Scott telling residents to evacuate. Stephanopoulos then played a short clip of him talking with Scott on the phone, asking for more details about the danger Florida is facing. At the end of the interview though, Stephanopoulos tries to make the situation political, asking:

“The state of South Carolina has extended voting registration because so many lives have been disrupted. Why won’t you do that?”

Scott responded by noting that residents had “plenty of time to register” before the storm hit and that this call by the Clinton campaign was just “politics.”

But ABC again brought up the Clinton talking points later in the hour when correspondent Tom Llamas noted that the Clinton campaign “had hoped” Florida would extend the voting deadline past next Tuesday, but Scott, “a major Trump supporter” hadn’t done so.