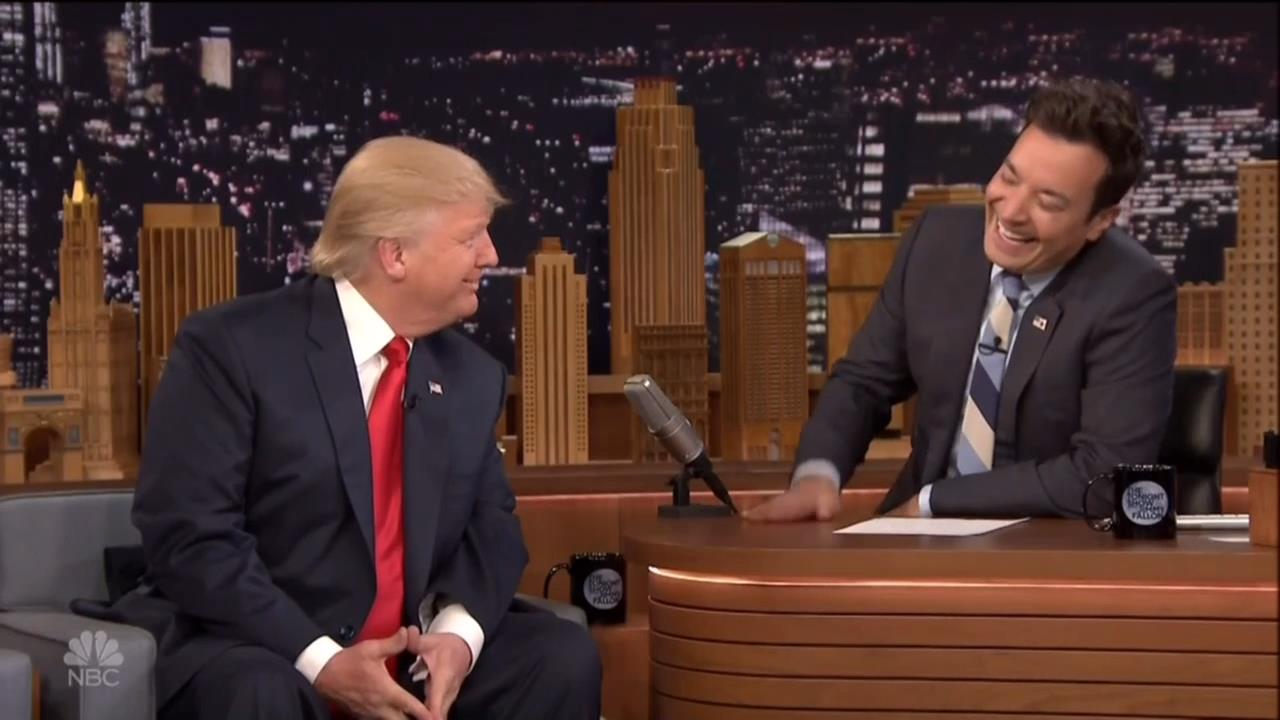 Thursday night, late-night comedy host Jimmy Fallon invited GOP presidential candidate Donald Trump onto his program for a fairly uncontroversial interview. Despite the fact that Fallon in particular doesn’t berate his political guests like some late-night hosts do, one writer for the New York Times complained he should have. In a series of tweets Friday morning, television critic for the Times James Poniewozik questioned if it was “moral” for Fallon to invite Trump on his show and "have fun" instead of asking him hard-hitting questions, Because obviously, that's what viewers tune into comedy shows for, and obviously, he is the only candidate deserving of moral rebuke.

Poniewozik began his series of tweets by admitting there was no time to write on the actual interview between Fallon and Trump, but he would say this: “It cuts to whether there is a distinct, extra-political, moral aspect to this campaign.”

No time to wade in on Fallon/Trump, but it cuts to whether there is a distinct, extra-political, moral aspect to this campaign. 1/

Apparently it’s late-night comedians' jobs to be the morality police. If there was any question to whether or not Fallon should be questioning Clinton’s “morality” as well, Poniewozik answers that question in his next two tweets which read:

PONIEWOZIK: When a big argument is that one candidate is--- beyond policy--truly indecent, ‘Just having fun’ is a statement itself. It says, basically, you can put this person in the same category as (most?) past nominees, ie, a decent guy, even if you disagree.

Some would make this same argument about Hillary Clinton, but not Poniewozik. In fact, if Poniewozik had watched Hillary Clinton’s past interviews with Jimmy Fallon, he would see how much more Fallon played up Clinton than he did Trump.

Poniewozik added,though he doesn’t expect Fallon to do anything other “than the ‘neutral’ thing,” he condemns him for doing exactly that:

PONIEWOZIK: But in this environment there’s no neutral space.

This too: there are ways of being funny with a point--but that's just not Fallon, if you ever thought otherwise. https://t.co/aPATdyNyX9