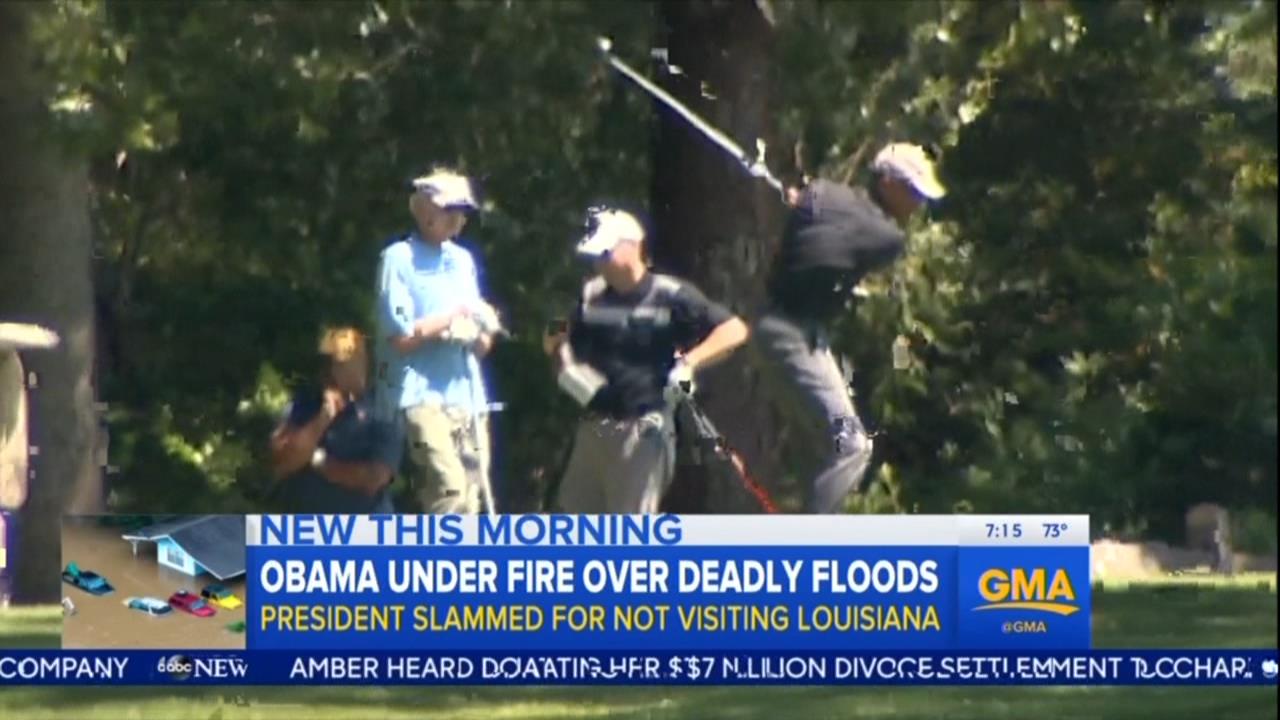 It took President Bush 5 days to visit Louisiana after Hurricane Katrina hit and the media would never let him off the hook for it, even calling it a “stain” he could “never recover from.” It’s been a week since devastating flooding hit many parts of the same state, destroying thousands of homes and killing 13 people but President Obama still has not stopped golfing in Martha’s Vineyard to visit. While none of the networks acknowledged the backlash Obama was facing last night, both ABC and CBS brought up the criticism this morning but took every chance to downplay the President’s role and defend his choice to golf instead of coming to Louisiana’s aid.

While the last two nights the networks refused to even acknowledge Obama’s absence on the matter, Friday’s morning shows on CBS and ABC brought up the fallout from Obama’s absence. On CBS This Morning, correspondent Manuel Bojorquez touted the “support” Obama was getting from the governor of Louisiana and Homeland Security Secretary Jeh Johnson. CBS made sure to include comments from Johnson and the governor defending Obama’s choice not to visit.

Similarly on ABC’s Good Morning America, White House correspondent Jonathan Karl tried to defend Obama against his critics saying, “Now Robin, as you know, no president really goes on vacation. The White House points out he's been getting regular briefings on this. He's dispatched his Homeland Security Secretary and the FEMA director to the state and offered any assistance the administration can offer.”

NBC’s Today did not even cover the backlash at all. 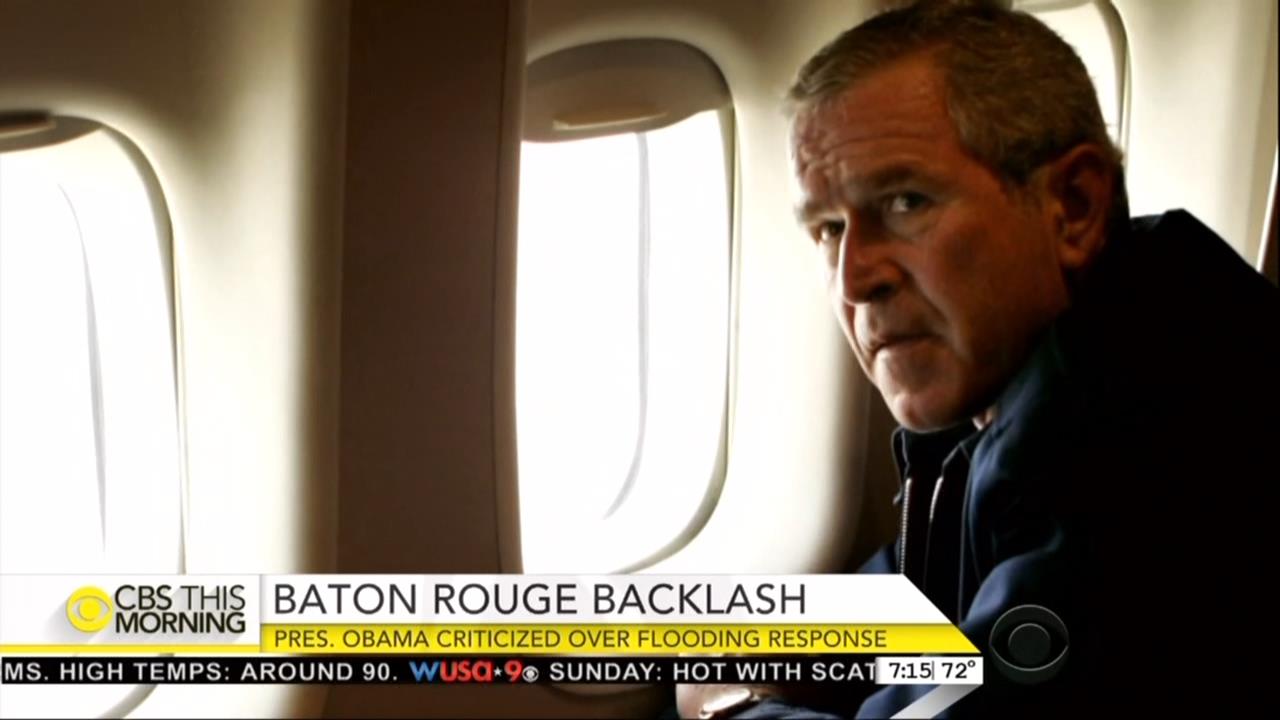 The contrast with how the media blasted Bush for not immediately visiting Louisiana compared to how they’ve carefully defended Obama for not visiting the state a week later, is too obvious not to point out. President Bush also delegated, touting his FEMA director, Michael Brown as doing “a heck of a job” for reason as to not being in the state the day the hurricane hit. While the media hit Bush for that, they’ve taken every opportunity to say President Obama was “on top of” the situation for doing the exact same thing--- sending FEMA and Homeland Security Secretary Jeh Johnson to Louisiana. And while Bush actually stopped vacationing and addressed Katrina several times in that five-day period, The Washington Post called his response the “second worst” moment of his presidency. Meanwhile, the media has been reticent to call out Obama for continuing his vacation and largely remaining detached from the situation, aside from a local Louisiana newspaper which called him out for it.  It’s doubtful the Post will write a similar article about Obama after he leaves office or add this to his list of “stains” on his legacy.

And here’s the kicker: President Obama himself had scathing criticism for President Bush’s response to Katrina, saying in a speech at Tulane University in 2008, to screaming applause,

“We can talk about what happened for a few days in 2005 and we should,” Obama said. “We can talk about levees that could not hold … about a president who only saw the people from the window of an airplane instead of down here [on the ground], trying to provide comfort and aid. We can talk about a trust that was broken.”