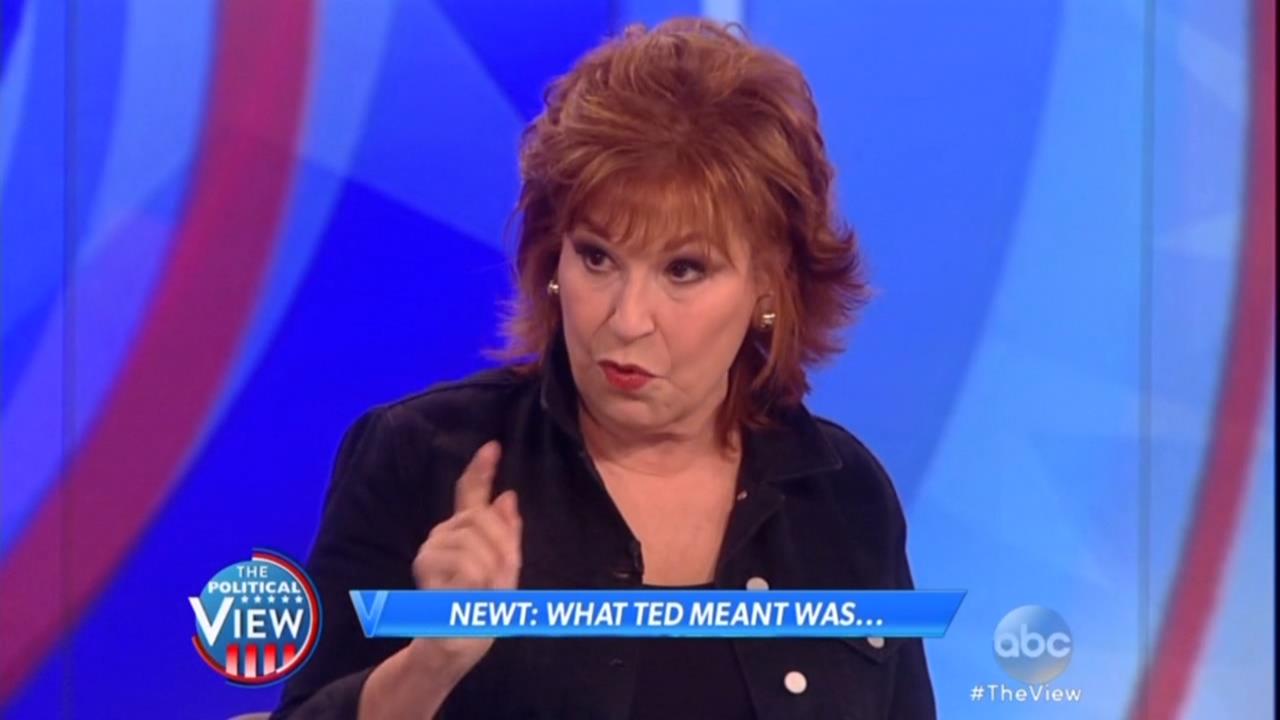 Joy Behar is at it again on The View. Thursday’s episode began with the panel discussing Wednesday night's events at the Republican National Convention and whether or not they thought Ted Cruz was sincere in his non-endorsement of Donald Trump. CNN’s Sunny Hostin disagreed with Behar and ABC’s Sara Haines, the latter of whom thought Cruz was just doing this “for himself.” When Hostin began to defend Cruz standing up for his “party’s platform,” Behar outrageously compared the GOP platform to Hitler’s manifesto.

The exchange happened during the show’s first few minutes discussing last night’s events at the RNC. The panelists argued whether or not it was proper for Cruz to give the speech he did, and whether or not he was sincere. CNN’s Sunny Hostin tried to defend Cruz, insisting she thought he was sincerely trying to put the party’s platform first, before getting interrupted by Behar with a Hitler analogy:

JOY BEHAR: Have you seen the party’s platform? I think it was in Mein Kampf, the last time I saw that!

HOSTIN: ---But he was really saying was, vote your conscience

BEHAR: Have you seen that platform?

HOSTIN: Vote common decency, Vote constitutional principles-This is what he wants the party to be about.

Then ABC’s Sara Haines stepped in with a gross analogy ready:

SARA HAINES: Those were the words coming out of his mouth, but did you see that poop eating grin on his face? He knew what reaction the group was going to have.

The group then moved on to Newt Gingrich, with Behar calling him a “Chucky doll.”

This isn’t the first time Behar has compared Republicans to Hitler. Back in March in a discussion on then-Republican Caitlyn Jenner, Behar declared, “Transgenders for Cruz is like Jews for Hitler.” This was paralleled in a discussion on a November episode where the panel objected to Republicans not wanting to bring in Syrian refugees. Whoopi Goldberg proclaimed then, “There have been a lot of horrifying – there have been a lot of monster Christians. Hitler was a Christian.”