So it's not as blatant or graphic as a gun pointed to his head, but a recent Associated Press campaign photo of presidential hopeful Sen. Ted Cruz shows the Texas Republican appearing with the word "Rusted" in the background during a campaign stop.

(CNSNews.com) - You have to wonder how long the Associated Press photographer waited for the chance to snap the photograph reprinted here -- the one that shows Republican Ted Cruz standing against the backdrop of a sign that reads "TRUSTED."

Except Cruz is blocking the "T," so the signed reads "RUSTED."

The photograph is one of two that accompanies an AP article about Cruz's experience arguing before the Supreme Court. ("Cruz argued before the Supreme Court nine times by age 40, winning two cases and losing four, with three cases having a murkier outcome. He says that gives him alone 'the background, the principle, the character, the judgment' to find a solid conservative to replace Scalia," the article says.)

The "RUSTED" photo calls to mind an earlier AP swipe at Cruz.

In June 2015, the Associated Press published two photographs that appeared to show a large gun aimed at Cruz's head. Cruz was at a gun range in Iowa, standing in front of a large poster of a gun, but nevertheless, the image was jarring.

The AP later issued a statement saying that the images "were not intended to portray Sen. Cruz in a negative light."

Here's the image in question by Jacquelyn Martin of the AP: 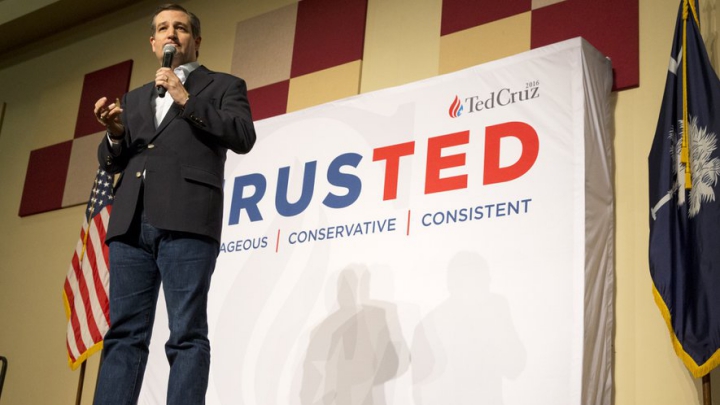 and here is the one from last year showing Cruz with a gun pointed at his head, taken by the AP's Charlie Niebergall. The news wire eventually pulled the image.: 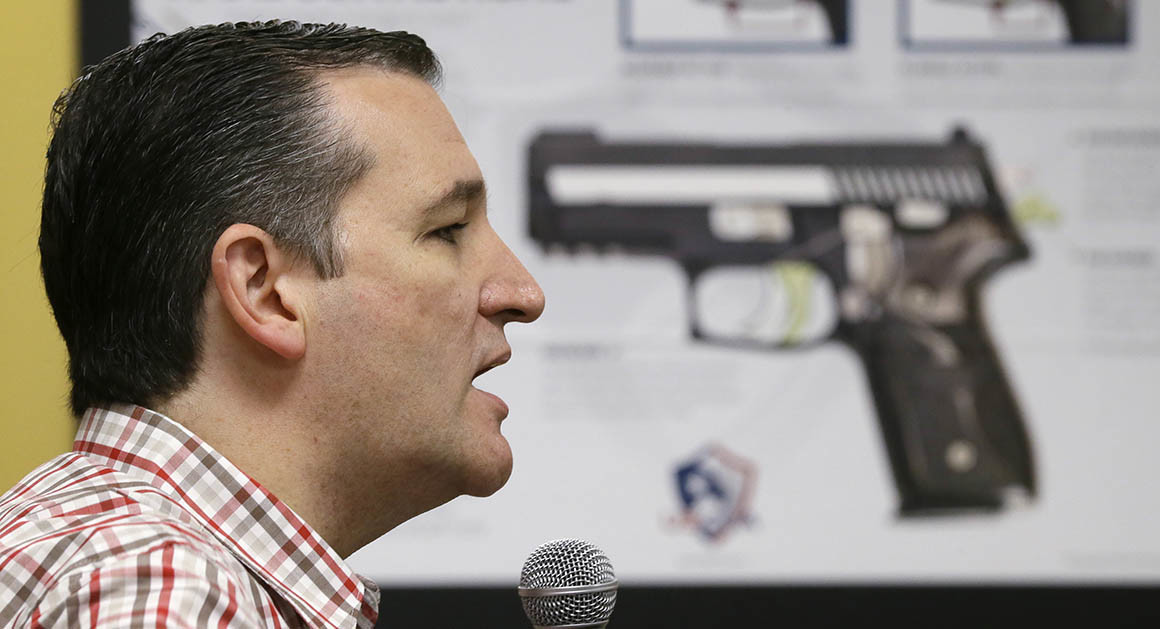