Sen. Chuck Schumer (N.Y.), who has all but been anointed the successor to Senate Democratic Leader Harry Reid (Nevada), exploited the media focus on the GOP presidential debate last night to release a press statement announcing that he would be voting against the Iran nuclear deal when it comes to the Senate floor. This decision, according to MSNBC's Luke Russert, is a "public act of being disloyal" to President Obama.

Because clearly party loyalty is much more important than acting according to conscience in light of the best interests of the country. 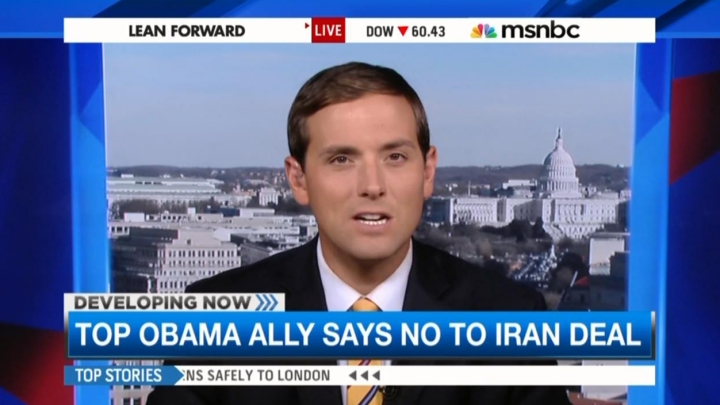 LUKE RUSSERT, anchor: Schumer, if he becomes majority leader or if he continues as minority leader, he won't really obtain that title until Obama is gone.* He works with the next president. Do you think this will have a lasting effect on Schumer's relationship with Obama and his standing within the Democratic Party, who might not like this public act of being disloyal?

MICHAEL CROWLEY, Politico: Well, I think people will remember it. You know, is it going to be kind of front of mind for years to come? Probably not. Although with the exception of if it's a really close vote, and the deal goes down and Schumer is one of a small handful of members who are considered potentially decisive, that would be a very different story. And my -- this is why I do think there's something to the theory that Schumer coming out now suggests he thinks that the outcome is baked one way or the other. I think that's what people are thinking. That they don't, that they understand Schumer doesn't want to be known as having tipped the vote.

* Russert is not completely accurate here, but close enough. The new Congress convenes a few weeks prior to the presidential inauguration, so there's a few days wherein Schumer would hold his new leadership post concurrent to the waning days of the Obama administration.