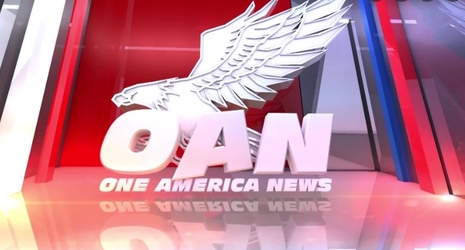 Verizon, now completely in the woke tank, has moved to silence the conservative One America News Network (OAN). Here’s a sample headline from CNET:

OAN was criticized for spouting misinformation about COVID and the 2020 election. But Verizon says it's dropping OAN for “economics.”

Right. If you believe that I have a bridge in Brooklyn to sell you. This is, after all, the self-same Verizon that was headlined in The Blaze as follows not quite a year ago:

Breitbart has exactly captured what this is really all about. The Breitbart headline:

The story reports this:

“Big Tech is increasingly making it impossible for Republican politicians to communicate with their constituents. In addition to social media censorship, leftists are trying to censor at the level of emails, text messages, and telecommunications infrastructure.

Telecom companies have already had an impact on national politics, with Verizon and AT&T briefly shutting down Trump’s campaign texts during the 2020 election, costing him millions of dollars. These conglomerates are vertically integrated, with the major companies also distributing Cable and Satellite TV. As with other concentrations of corporate power, the left hopes to use this to censor conservative viewpoints.

Last year Democratic Reps Anna Eshoo (D-CA) and Jerry McNerney (D-CA), both of whom sit on the House Commerce Committee which oversees the FCC, wrote to the largest cable and Satellite companies including DirecTV, Verizon, Comcast, and Cox, stating: ‘We are concerned about the role’ each distributor ‘plays in disseminating misinformation to millions of [its] subscribers, and we write to you to request additional information about what actions [each distributor] is taking to address these issues.’

They specifically targeted Fox News, Newsmax, and the One America News Network. The letter concluded by asking asked what if they took ‘actions against a channel for using your platform to disseminate any disinformation’ and ‘Are you planning to continue carrying Fox News, Newsmax, and OANN. . . both now and beyond any contract renewal date? If so, why?’ The implied message was clear: if the distributors did not drop conservative networks, the Democrats would push for punitive regulation.”

Make no mistake. This shutdown of One America News by Verizon is part and parcel of the American Left’s determination to use Big Tech to shut down not just conservative media but conservatives in general - and there is nothing new about it. ( AT&T’s Direct TV has also dropped OAN.)

Not to be forgotten are those countless efforts in the long ago to take Rush Limbaugh off the air. (As here.) In today’s world there have been repeated efforts to intimidate the sponsors of Fox’s Tucker Carlson, Sean Hannity and Laura Ingraham into dropping the shows of those hosts, forcing them off the air.

And the conservative Newsmax has been repeatedly targeted for cancellation by cable providers.

Notice a pattern here? Recall CNN pushing the Trump-Russia collusion hoax? Was CNN targeted by a campaign to have it dropped by any of these cable carrying providers? Of course not. And oh yes, recall this from MSNBC, as headlined at The Federalist?

Is there a move to take MSNBC off the air? Or to black out its parent, NBC?

This Verizon-shuts-off-OAN story is, make no mistake, about much more than Verizon and OAN. What Americans are watching is a deadly serious move by the American Left, using, in this case, a woke, far-left Big Tech company, to shut off and shut down conservative media.

And you can be sure, what just happened to One America News will happen again to someone else. A conservative someone else.

Take it to the bank.