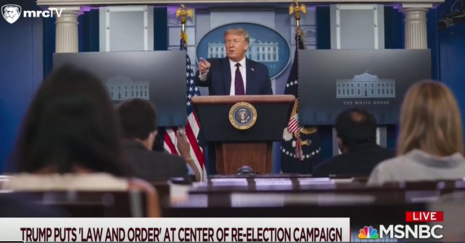 If it weren’t so serious, this would be hilarious.

“I call it the paranoid style simply because no other word adequately evokes the sense of heated exaggeration, suspiciousness, and conspiratorial fantasy that I have in mind. In using the expression ‘paranoid style’ I am not speaking in a clinical sense, but borrowing a clinical term for other purposes. I have neither the competence nor the desire to classify any figures of the past or present as certifiable lunatics. In fact, the idea of the paranoid style as a force in politics would have little contemporary relevance or historical value if it were applied only to men with profoundly disturbed minds. It is the use of paranoid modes of expression by more or less normal people that makes the phenomenon significant.”

Hofstadter’s famous essay - ironically written about the rise of conservative Senator Barry Goldwater - came to mind when reading the recent remarks of two left-wing journalists : David Remnick of The New Yorker and John Heilemann of MSNBC.

Here’s Remnick, as headlined at Fox:

He suggested Trump is 'willing to do almost anything, legal or illegal,' to win reelection

The story reported this:

“‘What we're seeing there is an attempt to revive the re-election campaign of the president of the United States, a man who is willing to do almost anything, legal or illegal, to enhance his chances,’ Remnick said on Wednesday. ‘The polls are showing him behind Joe Biden rather decisively and almost like a slightly diabolical television producer, he wants to produce images of maximum divisiveness.’

He explained, ‘So, he's gonna go into cities that he's obviously written off in terms of supporting him, but to show them as the bad cities and where federal troops can go in and 'we're going to quiet it down and suppress it. It is an extremely troubling thing.’”

“Anybody who's not looking at this with a state of alarm and concern, and worried about is this president going to employ formally martial law at some point, as Ron Wyden suggested yesterday? Is that on the president's mind?

Go back now to Hofstadter, who said:

“I call it the paranoid style simply because no other word adequately evokes the sense of heated exaggeration, suspiciousness, and conspiratorial fantasy that I have in mind…..It is the use of paranoid modes of expression by more or less normal people that makes the phenomenon significant.”

A more perfect description of what Remnick and Heilemann are saying would be hard to find.

To be clear on what President Trump is doing, let’s go over here to Andrew McCarthy. Now a Fox and National Review contributor, Andy is the one-time federal prosecutor who put away the so-called “Blind Sheikh”, the latter involved in the 1993 World Trade Center bombing. Andy’s headline at Fox:

Andrew McCarthy: Portland riots – it is Trump's constitutional duty to enforce federal law and he should: "The Constitution says it's the presidents job to enforce the law."

“[H]e shall take Care that the Laws be faithfully executed.” The Constitution says that’s the president’s job, but we’re not hearing much about that from the chattering classes.

We hear plenty of bloviating from the media-Democrat complex, dutifully masquerading the rioting in Portland as “mostly peaceful protest.” And there is no shortage of faux outrage over President Trump’s purported trampling on state sovereignty by dispatching federal agents to address the mayhem.

…The provision quoted at the top of this op-ed is from Article II, Section 3. It imposes on the president of the United States the duty to execute federal law.

The Constitution says the president shall perform this obligation. We’re not talking about an option or something he may do or not do as he sees fit. It is a solemn duty. It is what being the chief executive is all about.”

In 1968, following the assassination of Dr. Martin Luther King, President Lyndon Johnson --- a Democrat --- sent 13,000 federal troops into Washington, DC to restore order when the city exploded into riots. The Washington Post noted that this number of federal troops was the “most to occupy an American city since the Civil War.” Then as now this was in the middle of a presidential election year. There were pictures everywhere of this, including a notable photo of a machine gun placed on the steps of the US Senate - pointed outward.

And cries that LBJ was some sort of mad would-be dictator? That America was going to be shut down by the dictator in the White House? That he was going to rig an election? None. Americans understood exactly what the President was doing. Preserving order.

Note well that Hosfstader would also go on in his essay to say this of the “enemies” that the “paranoids” were so alarmed about:

“It is hard to resist the conclusion that this enemy is on many counts the projection of the self; both the ideal and the unacceptable aspects of the self are attributed to him.”

In other words, to move ahead to today, the words of Remnick and Heilemann most accurately fit the inner mind of the American Left --- and this is on vivid display in Portland. There would be zero need for federal agents in Portland if, in fact, this was not a series of violent, totalitarian --- style riots but rather peaceful demonstrations of the type repeatedly led by Dr. Martin Luther King for civil rights in the 1960s.

In the days after the death of Congressman John Lewis, it is sadly necessary to point out that he became a hero not because he was beating the police but because they were beating him --- Lewis unarmed and walking peacefully. That is decidedly not what is going on in Portland. It is the exact opposite.

And the paranoid musings of liberal journalists and Democratic Party politicians can’t hide that most central of facts.