The Ruling Class Media and the Battle for 2020 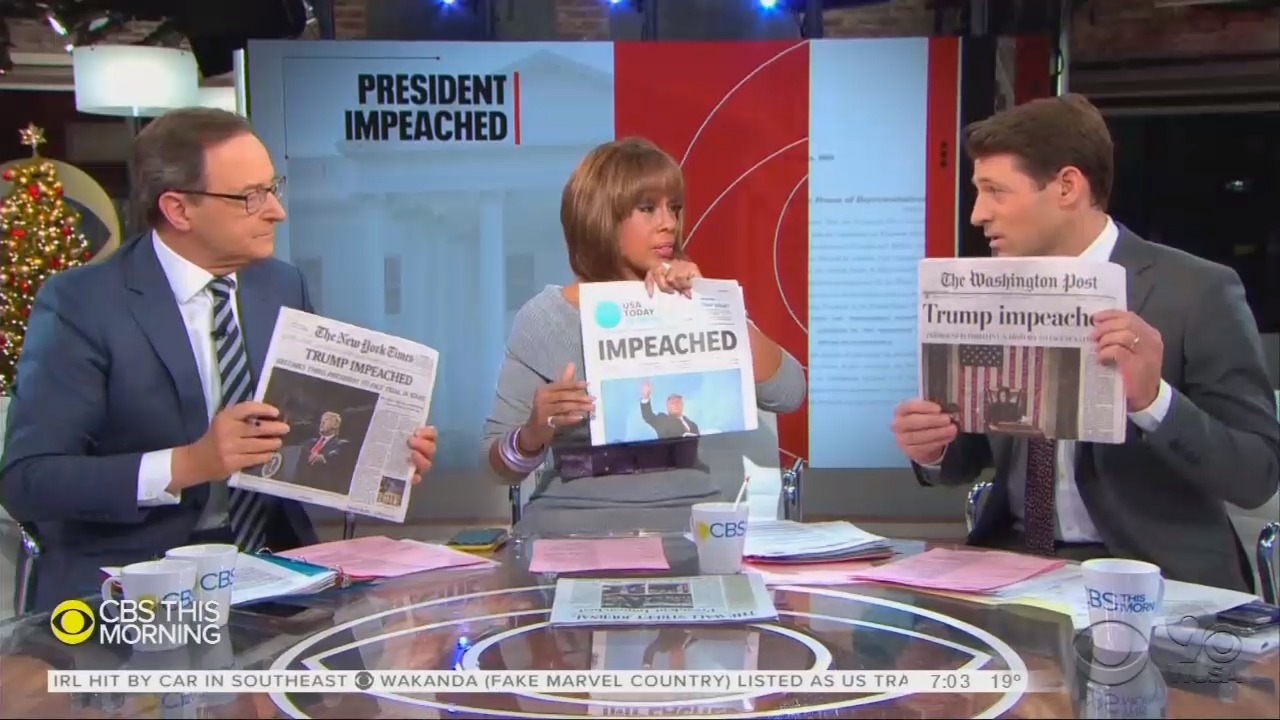 As noted by my NewsBusters colleague Curtis Houck over here, my former CNN colleagues are giddy about the President’s impeachment. Houck's headline: “CNNers Celebrate Impeachment as ‘Great Day’ for ‘Democracy’: Trump ‘Deserved It.’”

He writes (bold print his):

“Whether it was repeatedly boasting of how impeachment will be a “stain” on Donald Trump’s legacy or expressing fear about what Trump will do in the future or heralding the exercise as a “great day” for “our constitutional democracy,” CNN couldn’t have been giddier about Wednesday night’s impeachment of President Donald Trump.”

He goes on to cite the CNNers by name and their various specific thoughts - all of which clearly were pro-impeachment. But perhaps the most interesting was this:

“Inside Politics host John King fretted that there’s “almost two Americas, two parties, two views” while “Democrats have the facts on their side about what the President did, what the conduct was” and Republicans have refused to join them.”

The facts are, in fact, in dispute, although John does not acknowledge that. But the interesting part was this: “Inside Politics host John King fretted that there’s ‘almost two Americas, two parties, two views’….”

John is certainly right about that. Let me illustrate.

On Tuesday, December 10th, I was there when President Trump came to Hershey, Pennsylvania, near my own home in suburban Harrisburg. He filled the 12,000 seat Giant Center to overflow, with thousands more who couldn’t get in partying outside — in the rain. 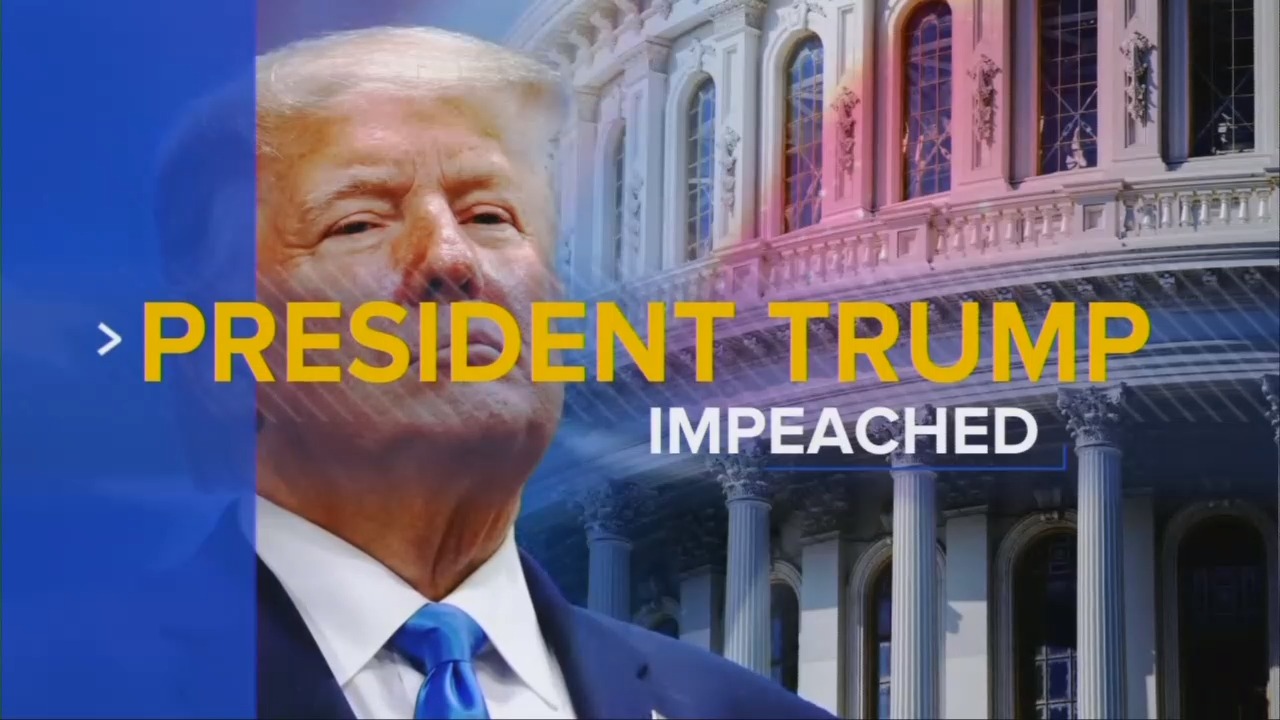 One week later, as part of various liberal groups organizing nationwide pro-impeachment protests, pro-impeach Pennsylvanians rallied on the steps of the State Capitol building in Harrisburg — all 200 of them, according to local news reports.

In a snapshot, there was the vivid picture of John King’s  “two Americas.” One drawing thousands of Pennsylvanians, the other barely attracting a couple hundred. And it takes no imagination to understand which side the Leftist State Media is on.

What John was saying and what in fact was illustrated by the Trump Hershey rally and the Harrisburg pro-impeach gathering is in fact a condensed version of what was noted  a full nine years ago in 2010 — long pre-Trump. The point was made by Angelo Codevilla, a professor emeritus of international relations at Boston University.  In his book The Ruling Class: How They Corrupted America and What We Can Do About It,Codevilla noted that America had become divided between what he called the Ruling Class and the Country Class, the latter being, politically speaking, a Country Party.

Of the two, the Ruling Class is the smaller by far. But its power comes from holding “the commanding heights of government” and other powerful institutions - the media, academia, Hollywood among them. That control in hand, the Ruling Class “asserts that that right (to rule America)  is based on the majority class’ stupidity, racism and violent tendencies.” Or as Hillary Clinton would memorably describe them in 2016, the “deplorables.” Deplorables who are also “irredeemable.”

“While the Ruling Class thinks that Americans are unfit to run their own lives, most Americans have noticed that our Ruling Class has lost every war it has fought, run up an unpayable national debt, and generally made life worse.” 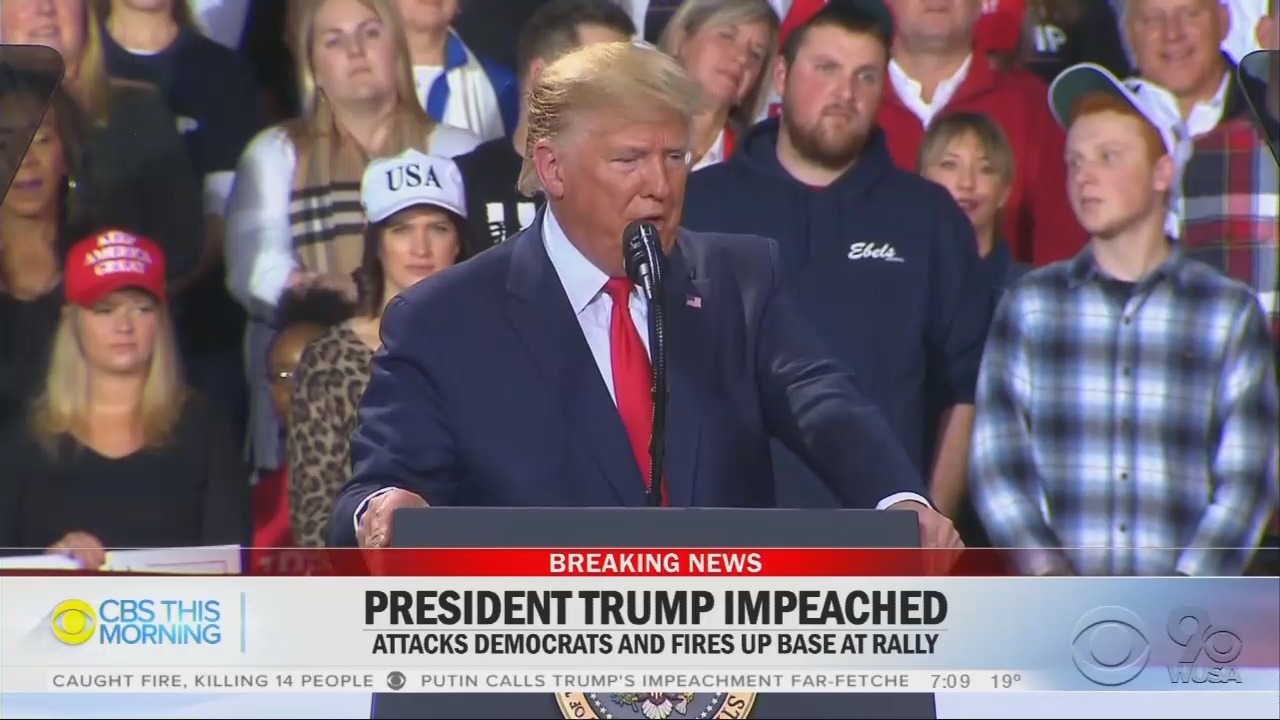 The Country Party is, says Codevilla, “the party of the Outs” who believe to their core that the Ruling Class is not only nowhere close to as smart as its members believe, but is, in fact, busy going about the business of “demeaning” and “impoverishing” the Country Class , as well as “demoralizing” it.

And never to be forgotten is the massive size of that Country Class and its Country Party.

Without question, President Trump’s arrival on the political scene suddenly gave the Country Party a political embodiment —   a very vivid and decidedly popular candidate.  Which in turn, as we look again at the Trump rally in Hershey and the response from the pro-impeachers a week later in Harrisburg, provides a serious look not just at the political reality right here in Pennsylvania, but the reality of the elitist Ruling Class media.

It is a reality CNN and its Leftist State Media confreres repeatedly ignore. To their peril. Here’s a sample headline from The Washington Times: “CNN's primetime ratings hit three-year low amid impeachment coverage.”

“Like other news outlets, CNN benefited from a “Trump bump” during the 2016 election, but it appears that the House impeachment hearings aren’t doing the network any favors.

CNN logged its lowest primetime-viewership ratings in three years during the week of Nov. 25-Dec. 1, attracting an average of 643,000 viewers from 9 to 11 p.m., versus 2.2 million for Fox News Channel and 1.3 million for MSNBC, according to widely reported Nielsen Media Research figures.”

Translation? The Country Class — which turns out en masse at one Trump rally after another as they did in Hershey — is no longer watching CNN. But the Ruling Class? You can bet they are watching CNN - and MSNBC, ABC, CBS, NBC and PBS - while catching up with The New York Times, The Washington Post and many more.

In snapshot form, the core of the media battles over the course of next year’s 2020 election will be about one thing - and one thing only.

The furious battle between the Ruling Class media and the Country Class audience. And there will be a winner — and a loser.

My money is on the Country Class. With Fox News there to cover its every move.