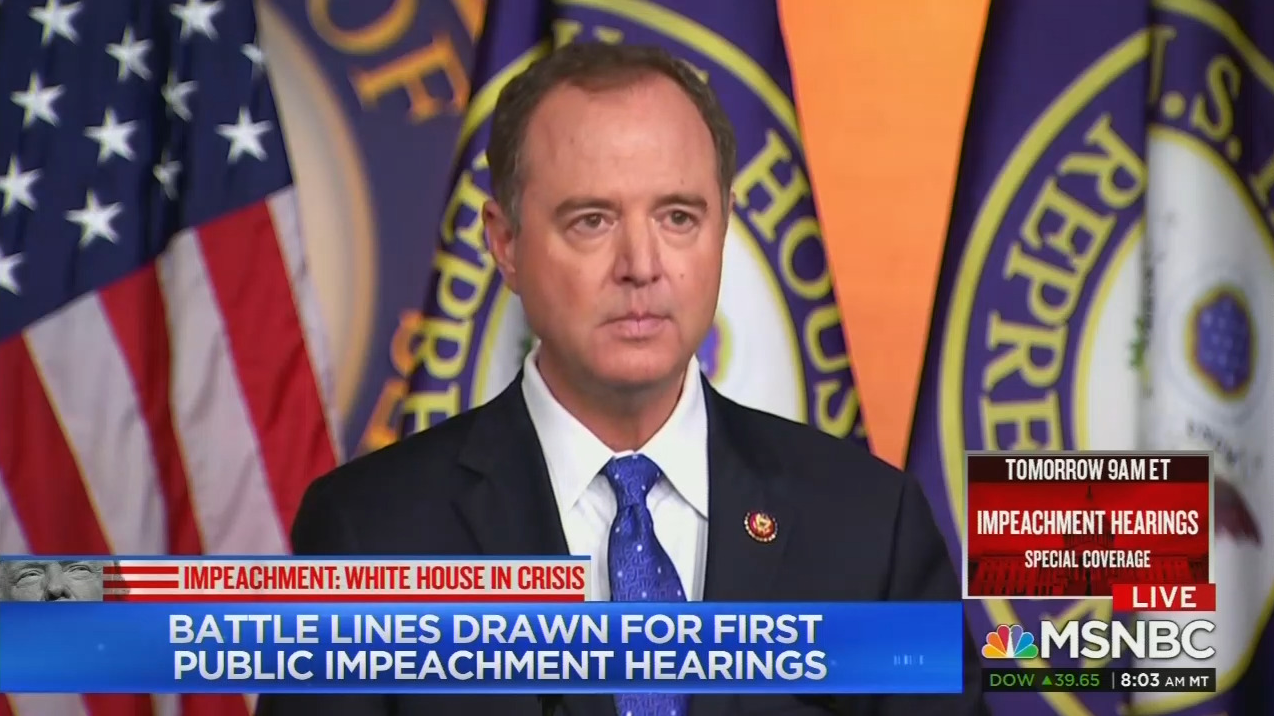 What if reporter John Solomon were named….Jake Tapper? Or Wolf Blitzer? Or Maggie Haberman? Or Dana Milbank?

This being a random group of names of journalists from CNN, The New York Times and The Washington Post.

Now pick one of those names (and there is a long list of potential other names that could be used) and substitute it for this mention of John Solomon in a recent Wall Street Journal editorial that reported this, bold print for emphasis supplied:

“Adam Schiff’s 300-page House Intelligence impeachment report doesn’t include much new about Mr. Trump’s Ukrainian interventions. But it does disclose details of telephone calls between ranking Intelligence Republican Devin Nunes, Trump attorneys Rudy Giuliani and Jay Sekulow, reporter John Solomon, former Giuliani associate Lev Parnas, the White House, and others. The details are “metadata” about the numbers and length of the calls, not the content.”

If, instead of “reporter John Solomon” this read “reporters Jake Tapper, Wolf Blitzer, Maggie Haberman and Dana Milbank” — and the congressman who obtained and published their phone records was named Devin Nunes instead of Adam Schiff?

We all know the answer. There would be un-shirted hell to pay, with every liberal media outlet in existence screaming bloody murder about government surveillance of journalists and an assault on the free press. Not to mention a battalion of First Amendment lawyers would be revving up to sue Nunes.

But in fact, when just this attack on a journalist’s privacy has taken place - and the journalist in question is John Solomon - the liberal media yawns, falling strangely quieter than a platoon of church mice.

As Wall Street Journal columnist Kimberley Strassel has made abundantly clear, the Schiff investigation of Solomon’s phone records (not to mention those of colleague Nunes and private citizens and presidential lawyers Giuliani and Sekulow) is indeed “a stunning abuse of congressional power.”

“Fanatics can justify any action, and House Intelligence Chairman Adam Schiff this week demonstrated where that mindset leads. In his rush to paint Donald Trump as a lawbreaker, Mr. Schiff has himself trampled law and responsibility.

That’s the bottom line in Mr. Schiff’s stunning decision to subpoena the phone records of Rudy Giuliani and others. Mr. Schiff divulged the phone logs this week in his Ukraine report, thereby revealing details about the communications of Trump attorneys Jay Sekulow and Mr. Giuliani, ranking Intelligence Committee member Devin Nunes, reporter John Solomon and others. The media is treating this as a victory, when it is a disgraceful breach of ethical and legal propriety.

If nothing else, Mr. Schiff claims the ignominious distinction of being the first congressman to use his official powers to spy on a fellow member and publish the details. His report also means open season on members of the press. Mr. Giuliani over months has likely spoken to dozens of political figures and reporters—and the numbers, dates and length of those calls are now in Democrats’ hot little hands. Who gets the Schiff treatment next? If you think politics is ugly now, imagine a world in which congressional partisans routinely track and expose the call lists of their political rivals and disfavored media.

…Mr. Schiff, working in secret, unilaterally decided he was entitled to see the phone records of private citizens.”

Exactly. Yet if there is anything more stunning than Schiff’s abuse of power, it would be the silence coming from the Leftist State Media. (And for that matter, the silence of others like, for instance the American Civil Liberties Union, which, as seen here loves to froth about President Trump’s attacks on the media.)

Whatever else is forthcoming in the unfolding impeachment drama, it is already crystal clear that the hate-Trump media vendetta has done real damage to the credibility of those once lofty media institutions who prided themselves about being all about the facts, just the facts.

And the central fact here in this latest revelation is that when a sitting Member of Congress abuses his power by investigating the private phone records of a journalist - and other journalists fall silent in response - journalistic credibility, not to mention the rights of a free press - have just taken another hit.