On Trump's Adversaries, The Media's Disgraceful Bias by Omission 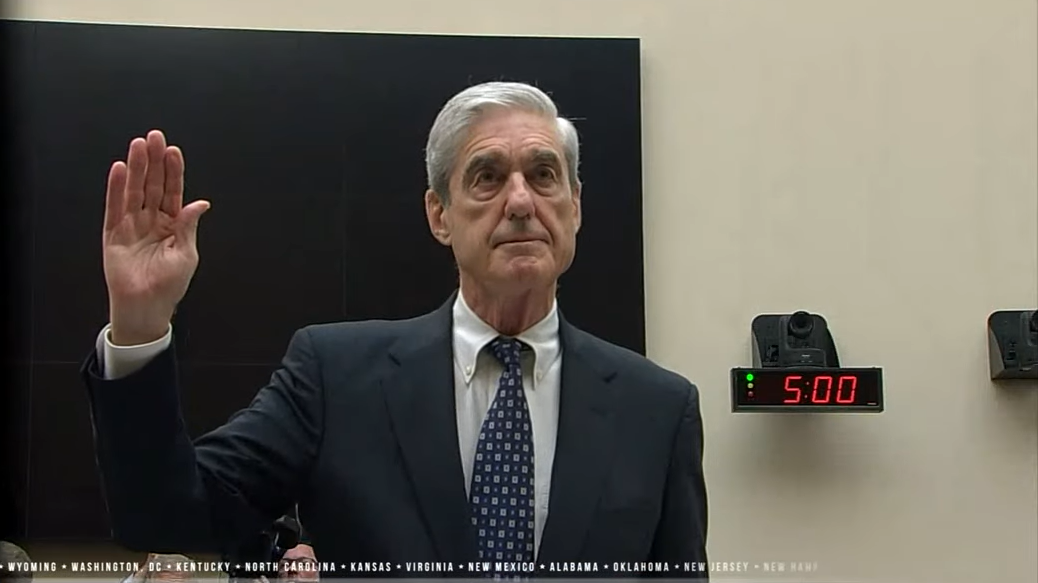 Or, to paraphrase a famous saying from Watergate days: “What did the media know - and when did they know it?”

Let’s start by recalling the kind of media coverage Special Counsel Robert Mueller received when he was appointed in 2017 to investigate Trump-Russia “collusion.

-- The New York Times: l Robert Mueller is “a former federal prosecutor with an unblemished reputation…”

-- CBS News:  “Mueller is a widely respected figure in Washington.”

-- The Washington Post: “Sen. Richard Blumenthal (D-Conn.) said Mueller ‘has the expertise and experience, guts and backbone to uncover the truth.’’’  And: “Peter Zeidenberg, who has worked for a past special counsel, called Mueller an ‘inspired choice’ because he comes to the job with automatic credibility among both parties.”

-- CNN.com: California Senator Dianne Feinstein is favorably quoted as saying of Mueller that he is “a person whose reputation is as good as it gets and he'll be very good.” 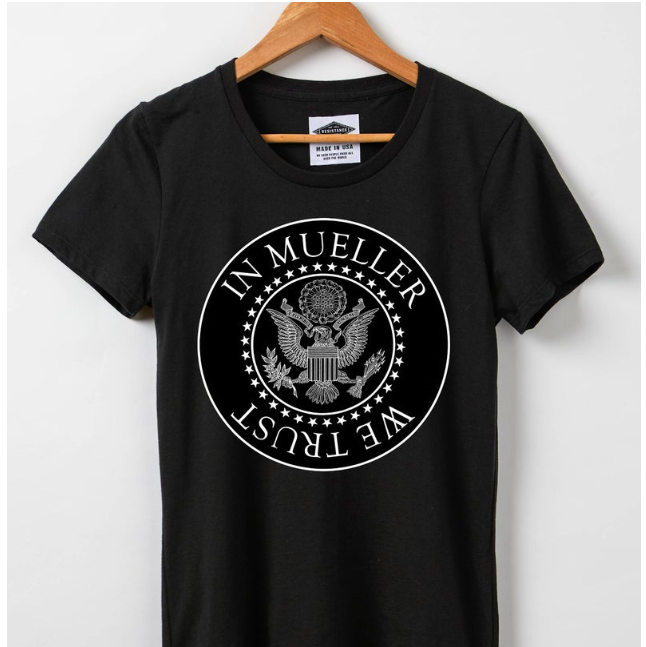 There was more along these lines out there in the media world, but you get the drift. Robert Mueller was a clear eyed, johnny-on-the-job serious professional with a stellar reputation. For two years Mueller received this kind of lavishly favorable media attention as his investigation moved forward. The coverage was so favorable it generated things like this T-shirt: "In Mueller We Trust."

In other words, liberals put Mueller in God's place. What could possibly go wrong?

And then the nation is treated to the real Robert Mueller as he testified before the House Judiciary and House Intelligence Committees. Which produced headlines like these:

-- The Washington Post: Mueller, in occasionally halting testimony, points to foreign interference and offers some sharp criticism of Trump

-- ABC News star Terry Moran: “Impeachment’s over. I don’t think Nancy Pelosi is going to stand for he members bringing forth something that is going to obviously lose in the Senate, lose with the American public.”

The famous line from the movie The Wizard of Oz as dog Toto pulls back the curtain that reveals the fearsome “Wizard” to be just a flawed man comes to mind: “Pay no attention to the man behind the curtain!”

On -- and on, and on -- rolled the negative reviews, Mueller’s general demeanor of confusion and what appeared to be complete bafflement at some questions drawing shocked attention in liberal media venues.

Now….turn your eyes to Puerto Rico.

Recall when President Trump was getting smacked by liberal media stories like this one in the New York Times over the conflict over federal aid to Puerto Rico for relief from Hurricane Maria: "Trump Lashes Out Again at Puerto Rico, Bewildering the Island."

The story said this, in part, bold print supplied:

Mr. Trump’s apparent disdain for the island’s leadership has led to a breakdown of communication between local officials and the White House.

For weeks, Mr. Rosselló (Puerto Rican Governor Ricardo A. Rosselló)  has asked the White House for a private meeting with Mr. Trump to lay out the island’s case for why it desperately needs federal funds for rebuilding after Hurricane Maria. But Mr. Rosselló’s request has gone unanswered, and he has tried instead to communicate with the president publicly, saying in cable news interviews, in official appearances and on Twitter that he fears Mr. Trump has been misled about Puerto Rico’s needs.

Mr. Rosselló’s fight may be an uphill battle with a president who has made it clear that he views more federal aid to Puerto Rico as throwing money away. Mr. Trump’s advisers also view the pleas from local officials as part of a campaign to shift the blame for what they view as severe mismanagement of the supplies and money sent after the storm.

Now. What do these two very different stories tell us about the liberal media?

First, in the Mueller case, Washington, D.C. is perhaps the most gossipy town in America. To be a serious journalist in Washington is to be afloat in an ocean of information -- some of it good, some of it bad -- but lots and lots of it find out-able. The “Mueller investigation” had been in existence for two years, all of it at the dead center of the biggest controversy in town. The idea that not a single journalist from the Leftist State Media had a clue that something was amiss in Mueller-land --- specifically meaning the now observable fact that the head of this investigation was no longer the star investigator/lawyer he once was -- is utterly laughable.

Infinitely more probable is that this or that liberal journalist knew exactly that there was a problem in Mueller-land, that his crew of left-wing attorneys were simultaneously running wild, unsupervised - and that they were determined to protect The Boss from any hint that he had, as they say, lost a few steps.

Likewise on Puerto Rico. There is the President of the United States - according to the New York Times - questioning the honesty and management skills of the Governor of Puerto Rico and others in the island’s leadership. For which Trump is assailed as, but of course, a racist.

Now, of a sudden, the Governor is forced - by his furiously raging-in-the-streets constituents - to resign. Why? Said the New York Times (bold print supplied):

“The demonstrations were touched off by a leaked private group chat on the messaging app Telegram that revealed crude conversations among Mr. Rosselló and his closest advisers — and pointed to possible wrongdoing within their circle. Coupled with the recent arrests of six people, including two former top officials, on federal corruption charges, the hundreds of leaked pages ignited public outrage against the governor, whom protesters derided in rhythmic chants as “Ricky.”

Which is to say, Trump was assailed by the media as a racist for saying that something fishy was going on in Puerto Rico with the handling of federal disaster aid by the island’s leadership, which begins, of course, with the governor.

But investigations by the media that the governor and his crew were corrupt? Nah. That would be racist, don’t ya know. Then….wham. The people of Puerto Rico themselves turn on the man they elected because - yes indeed - of corruption. And the media finally catch up.

Taken together these two stories are yet again a showcase for how the omission journalism game is played.

On the one hand, the problems surrounding the central figure in the biggest story in Washington - a problem of age beginning to so take its toll, a problem that would clearly affect his investigation - somehow never makes it into the news. Which, if it had, would have surely caused some version of the reaction that his final appearance before Congress did in fact ignite. That fact being the uncomfortable realization that a man with a stellar record was in reality not in charge of the famous investigation that bore his name. Behold, the Wizard of Mueller Land was a confused man.

And on the second hand, political corruption in Puerto Rico could not possibly have been a secret to any seriously enterprising journalist. But to reveal this, to investigate the governor and others and pull back the curtain on the shenanigans would prove the President right - and they can’t have that. It took the people of Puerto Rico themselves to virtually explode in anger on the streets to get the story out.

Once again, the Leftist State Media has been caught exercising bias by omissioni.