I Spy: The Media and President Lyndon Baines....Obama? 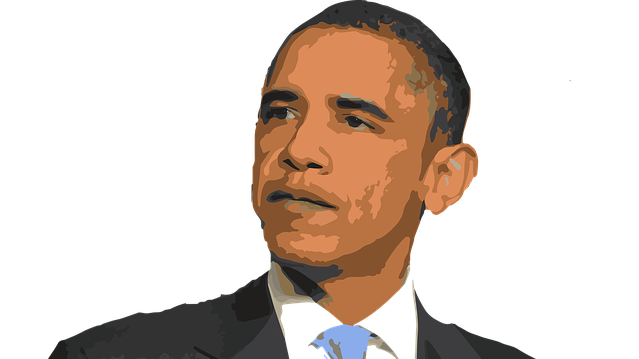 So finally, someone stands up to remind the media that when it comes to the FBI and CIA spying on a political opponent of a president -  America has in fact been here before.

Admittedly, it helps to have been around at the time of the Johnson-Goldwater election in 1964. Not to call attention to age, but I was an eager-beaver eighth grader from a Republican family who, wonderfully ignorant about the history of the American Left, crusaded in my own fashion for LBJ. To my parents’ eye-rolling, head-shaking resignation.  The GOP nominee, the “Mr. Conservative,” Arizona Senator Barry Goldwater, was taking all kinds of flak of a type I would later come to understand in vivid fashion. The media of the day was ripe with suggestions that the libertarian Goldwater was a racist (horrifically untrue) and, but of course, had an affection for Nazis.

Indeed, the very week Goldwater was nominated in San Francisco, CBS’s Daniel Schorr went on the air with a report that once the GOP Convention was over, Goldwater will be “starting his campaign…in…..Bavaria, center of Germany’s right wing.” Where specifically in Bavaria? Why, but of course, “Berchtesgaden, Hitler’s onetime stamping ground.”

The story was false from beginning to end. Goldwater wasn’t going to Germany, much less to “Hitler’s onetime stamping ground.” A particularly insulting attack on a man who was not simply a senator and presidential nominee but had served as a U.S. Army Air Force pilot in World War II, later retiring with the rank of Major General.  Be that as it may, CBS had said it was so until it was clear it wasn’t. Goldwater was still fuming about this media characterization of him as some sort Nazi decades later when writing his memoirs.

But there was another story from that 1964 campaign - and it comes to mind as the media goes crazy over the Trump charge that the FBI and CIA were busy implanting spies in his campaign - “Spygate” as the branding President has named it.  None other than the redoubtable Dr. Lee Edwards, now of the Heritage Foundation but in 1964 a Goldwater staffer and later the Senator’s biographer (Goldwater: The Man Who Made a Revolution)  has stepped forward to remind - not for the first time - that in 1964 America in fact had a president who was using both the FBI and the CIA to spy on his opponent. Writing in the Wall Street Journal,  Dr. Edwards dips back into his Goldwater biography to remind in his headline:

The FBI Spied for LBJ’s Campaign
On the president’s orders, the bureau wiretapped Barry Goldwater’s plane and headquarters.

In 1971 Robert Mardian, who had been a regional director in the Goldwater campaign, became (in the Nixon administration) assistant attorney general for internal security. During a two-hour briefing with Hoover, Mardian asked about the procedures for electronic surveillance. To Mardian’s amazement, Hoover confessed that in 1964 the FBI had wired the Goldwater campaign plane, under orders from the White House. When Mardian asked Hoover why he had complied, the director answered, “You do what the president tells you to do.”

In a later conversation with Mardian, William C. Sullivan, the bureau’s No. 2 man, verified the FBI’s spying operation against the Goldwater campaign. In a 1992 interview, Mardian told me that Sullivan was appalled at LBJ’s partisan use of the bureau.”

(President) Johnson also illegally ordered the FBI to conduct security checks of Goldwater’s Senate staff. Cartha “Deke” DeLoach, the FBI’s liaison with the White House and a top aide to Director J. Edgar Hoover, denied at a 1975 Congressional hearing that the bureau had investigated Goldwater’s staff. But through the Freedom of Information Act, I obtained copies of FBI memoranda detailing the results of the bureau’s illegal file check of 15 Senate staffers. “No derogatory information was located concerning” any of the people in Goldwater’s Senate office, stated one memo that bore DeLoach’s initials.”

Of the CIA, Edwards notes:

Former intelligence officer E. Howard Hunt, best known for his role as an orchestrator of the Watergate bugging, told a Senate committee in 1973 that his CIA superior had ordered him to infiltrate the Goldwater campaign. Hunt claimed to have questioned the order, only to be told that it had been a personal request of President Johnson and that the information he recovered would be delivered to a White House aide.

CIA Director William Colby confirmed the White House’s role in the illegal surveillance while addressing a congressional hearing in 1975. That the CIA is prohibited by law from operating within the U.S. didn’t matter to the Johnson campaign. The Goldwater people never suspected that one of them was a spy for the Democrats.”

Be that as it may, the fact that a president would use the FBI and CIA to spy on his opponents is established. With that in mind, where is the liberal media feeding frenzy on this news from, yes, not 1964 - but today? Fox News (but of course!) has done its due diligence and headlines:

This jewel of a story says, in part, this, bold print supplied:

Senate Judiciary Committee Chairman Chuck Grassley, R-Iowa, drew particular attention to one text that suggested the Obama ‘White House is running this,’ in reference to an unspecified investigation.

But, like in so many of the files, a name was redacted and the context was unclear, though one report suggests that was related to the Russia probe.

In a letter sent Wednesday to Deputy Attorney General Rod Rosenstein, Grassley called for all redactions to be removed.

‘The manner in which some redactions have been used casts doubt on whether the remaining redactions are necessary and defensible,’ Grassley wrote.”

Then there was also the text from Lisa Page on September 2, 2016, which said to her lover, Strzok, that: "potus wants to know everything we’re doing.” “POTUS”, of course, is the acronymn for “President of the United States.”

And the media reaction here? Ho-hum.

Here is a central fact, a fact that Dr. Edwards’ reminder raises and should raise. America has already had a president who used the FBI and the CIA to spy on his political opponent. And the media of the day had not the slightest curiosity -- then or later -- to investigate. No, there was no such thing as Fox news or even cable news in that time, much less talk radio and the Internet. Which makes it all the more curious -- make that predictable -- why the mainstream media of the day didn’t investigate LBJ’s abuse of the FBI and CIA for political purposes.

That being the case, this reminder of events from Dr. Edwards should serve as a prod for today’s media to take a hard look at these texts from the FBI’s star-crossed anti-Trump-hating lovers Strozk and Page that pose the obvious question about President Obama that was once famously asked by the late Tennessee Republican Senator Howard Baker during Watergate.

That question: “What did the President know- and when did he know it?”

One can be justifiably suspicious that the reason for all the bureaucratic foot-dragging by the Justice Department and the FBI today is nothing more than a stall, a slow-walking obstruction to get past a supposed “Blue Wave” election in which Democrats will supposedly take charge and remove the power to investigate from the Devin Nunes’ and Charles Grassleys of the House and Senate, effectively shutting the investigation of “Spygate” down.

With a compliant media cheering them on in a campaign of silence surrounding any serious investigation into a possible abuse of the FBI and CIA by the Obama White House -not at all unlike the media silence that surrounded the LBJ use of the FBI and CIA to spy on the 1964 Goldwater campaign.

President Lyndon Obama? One way or another, the American people have a right to know. And the media has an obligation to report the truth.