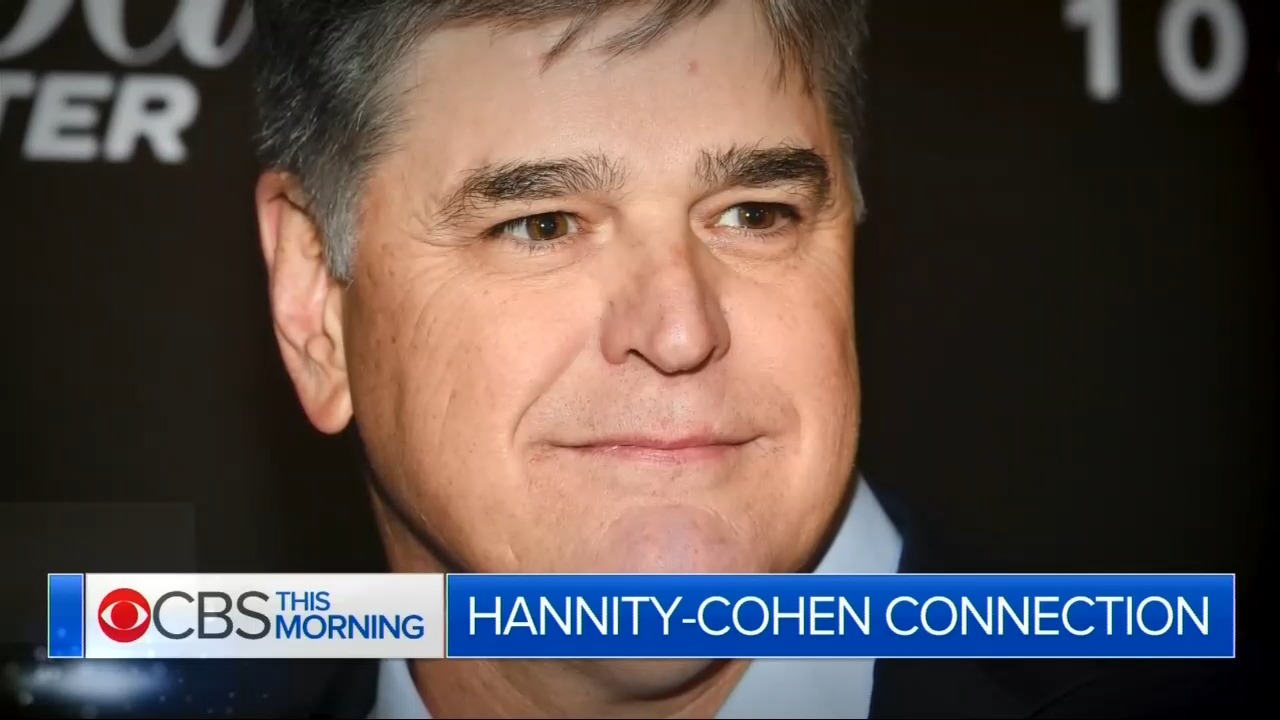 The liberal media was outraged. Just plain outraged! Not to mention gleeful.

A lawyer for CNN and The New York Times played a role in getting a federal judge to insist that Trump lawyer Michael Cohen release the name of a third “client.” The name, it turned out, was Sean Hannity. Cue the liberal media circus.

In the middle of his radio show Hannity discovered he was the news. And the liberal media could not contain its lip-smacking excitement. Hannity calmly issued the following statement:

“Michael Cohen has never represented me in any matter. I never retained him, received an invoice, or paid legal fees. I have occasionally had brief discussions with him about legal questions about which I wanted his input and perspective.

I assumed those conversations were confidential, but to be absolutely clear they never involved any matter between me and a third-party.”

Pretty crisp and clear cut, yes? No. Not for the liberal media. Which quickly went on to…..shoot itself in the foot. As I have written elsewhere, NBC’s Chuck Todd went out with what might gently be called an ill advised statement of his own that tweeted thusly:

“Going to find out what kind of org Fox is today. No serious news org would allow someone this conflicted to cover this story.”

Of course, Fox did release a statement, saying this:

“While Fox News was unaware of Sean Hannity’s informal relationship with Michael Cohen and was surprised by the announcement in court yesterday, we have reviewed the matter and spoken to Sean and he continues to have our full support.”

Quickly, Todd was back, saying:

“I am stunned that Fox had no punitive response. Not a “Sean Hannity must disclose every night,” not a “he can’t cover this story,” not a “he’s been suspended for a week,” nothing! Not a single thing. They are saying this is okay for anybody that works at Fox News.”

If ever there were a moment that illustrated just how important conservative media was in today’s media world it was the moments that followed. Before you could say “conflict of interest” the conservative media was calling out any number of liberal media figures who were more conflicted than a stunned Hillary on election night.

Todd himself was an immediate target. Right here at NewsBusters was this story from 2016. The headline on Tim Graham’s piece: “NBC, Chuck Todd Hide Wife's Kaine Donation, and Her Firm Getting Millions from Bernie Campaign.”

Yours truly even discovered a February, 2017 Meet the Press interview by Todd of Virginia’s ex-Democratic Senator Jim Webb - with nary a mention that Todd’s wife had served as the communications spokesperson for Webb’s 2006 Senate campaign and had advised on Webb’s short-lived presidential campaign.

First out of the gate was Rush Limbaugh, his website later headlining his radio remarks this way: “Conflicted, Incestuous Washington Hypocrites Dare to Accuse Hannity of a Conflict of Interest!”

They are many. And we’re gonna review some of them, because many of them you probably don’t know. Well, we’re gonna go through the list, and I want to start it. We put together a montage of audio sound bites here of the Drive-Bys slamming Fox for conflict of interest while every one of these people that you’re going to hear has a conflict of their own or is in an incestuous relationship politically that they never disclose. So this is our first stab at this. Here’s the montage…”

Rush then goes on - at length - to discuss all of the above and more. Saying, in part, this:

“…More than 30 so-called journalists left their profession to go to work in the Obama administration or on one of his presidential campaigns, according to the Media Research Center. That’s Brent Bozell’s invaluable group. More than 30 journalists eagerly, because they’re all looking at Hannity and his relationship with Trump and they’re jealous in some ways. They would love to have been as close to Obama as Hannity apparently is to Trump. They would have craved it. They would have bragged about it while remaining journalists at the same time.”

On Rush went, in a chapter-and-verse of liberal media conflicts of interest.

Was the liberal media outraged that Hannity had a relationship with the President’s lawyer? Tucker Carlson’s Daily Caller headlined this: “Flashback: Clinton Lawyer Represented Tons Of Journalists.”

“The media is up in arms this week over Fox News host Sean Hannity’s relationship with Trump lawyer Michael Cohen.

Journalists have decided it was improper for Hannity not to disclose his relationship with Cohen while defending him on air, but many have had their own connections to a famed political lawyer.

Bob Barnett has represented scores of politicians, including Barack Obama, Bill Clinton, George W. Bush, Hillary Rodham Clinton, Michelle Obama, and Laura Bush. He served as the Clintons’ personal lawyer while they were in the White House. In addition, he is one of the most prominent lawyers representing journalists and TV anchors.

In fact, his own website describes him as the “leading representatives of television news correspondents.” A Washingtonian article from 2008 says Barnett is “Washington’s indispensable man, the link among politicians, authors, government officials, journalists, ex-presidents, future presidents, and even foreign leaders.”

The presence of some conservatives - who support Hannity - is negated by the presence of others for whom the subject of their own relationships with a presidential lawyer just didn’t seem like a big deal in the day when they were reporting favorably on the president - or his wife - in question.

There is more out there. But the point is crystal clear.

This entire Hannity episode was about nothing more than another attempt by the liberal media to get at President Donald Trump. And in doing so, by way of the Cohen case, they thought they had something on Sean Hannity. They were wrong. But in the pouncing, doubtless to their quiet horror, the liberal media found that they had focused on media conflicts of interest - their own.

In a classic scene from the classic movie version of the late Tom Clancy’s The Hunt for Red October the first officer of the bad-guy Soviet submarine chasing Sean Connery’s defecting Red October submarine warns his captain not to fire a torpedo. The captain fires anyway - only to find that the torpedo has boomeranged and is now headed back towards his own sub. Angrily the first officer yells “You arrogant ass! You've killed us!”

The liberal media surely has not killed itself. But most assuredly, in the haste to get Sean Hannity, with a considerable assist from conservative media they wound up torpedoing their own credibility on the idea of media figures with conflicts of interest.